Two men were racing each other on Jan. 10, 2018, before crashing at West Whitestone Boulevard and Walton Way. 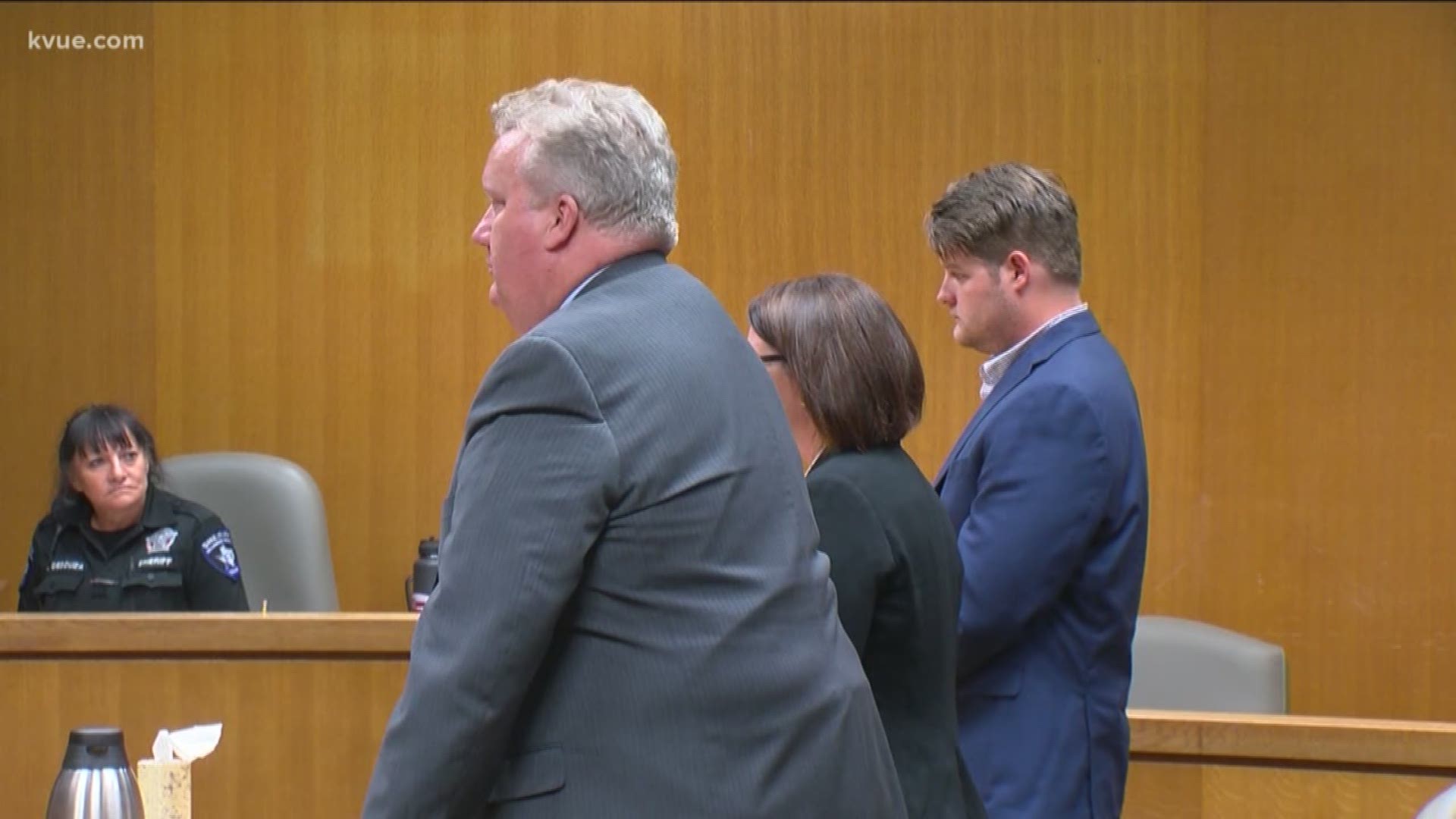 CEDAR PARK, Texas — The man who was involved in a racing crash that killed two boys in Cedar Park received a seven-year prison sentence on Monday. It to be served concurrently with 10 years of probation, which he will finish serving after being released from prison.

Hammer, 18, and Blake Ayres Kirkpatrick, 21, were racing each other on Jan. 10, 2018, before crashing at West Whitestone Boulevard and Walton Way.

Credit: Cedar Park police
Hayden Hammer has been convicted in the Cedar Park racing crash that killed two boys in 2018.

Both drivers were later indicted in the deadly crash. A trial date has not been set for Kirkpatrick.

One month after the crash, the father of the children filed a lawsuit against Hammer and Kirkpatrick.

Tansy Silva, Elijah's mother, called on the Cedar Park City Council in April 2018 to bring forward changes at the intersection where the crash happened.

At the hearing on Monday, Williamson County victims assistance counselor Stephanie Gonzales said that when she arrived on scene that day, Hammer, now 20, and his friend were walking around and joking about stuff, which made her upset.

Joel Harris, a sergeant with the Abilene Police Department, said he was investigating the theft of a front-end loader. He said Hammer admitted he took it and used it to cut paths for four-wheelers, in addition to stealing 25 gallons of diesel out of a work truck.

Tansy Silva, mother of the 8-year-old killed, also took the stand. In between tears, she said her son was joyful, loved Lego and Star Wars, and that he was the youngest out of four boys. She said he was autistic.

Silva said she remembered the moment she learned her son was killed. She said it felt like a bomb went off in her chest and that her heart was shattered.

Matt Proctor, a cousin of Hammer, said he remembers finding out that people were sent to the hospital after the crash and heard that it "looked bad." When he found out that two kids died, he said he "felt awful."

A family friend of Hammer, Pat O'Connor, said he's known him since he was born. Since the crash, he said Hammer has done some work for him within the past six to seven months.

Mike Awtry, a pharmaceutical salesman, said he's known Hammer since the second grade. Growing up, he said he'd do some goofy things that were "sometimes good, sometimes bad." He also said he doesn't care much for boys in their late teens because he doesn't like the way that they think. He also said Hammer has worked for him in the past on property in Abilene.

Awtry began crying when remembering about the two boys.

Stephanie, a former teacher, lives in Abilene. She said she adopted Hayden, her only child. She discussed some of his concerns with materialistic things, saying he began to talk about materialistic things more often after a fire destroyed his room in high school.

In January 2018, she said he called her crying about the crash, saying he told her he'd been in an accident.

She feared that if her son went to prison, "his spirit will be broken."

“He may be young, or may have been young at the time, and that is going to be the primary focus of their argument,” said Booker.

The prosecutor then spoke about things that Hayden will still be able to do that the two young boys will not be able to.

"Probation is clearly not appropriate in this case; it is not justice,” Booker said. "Young people cannot go racing on a major highway at 3:30 in the afternoon, putting everybody at risk … He must be held accountable.”

Hayden's defense pushed against prison time, saying Hayden would not get the proper rehabilitation treatment. They asked the jury not to break him with punishment.

“He’s not broken. Let’s not craft a sentence that breaks him," said his defense.

Head prosecutor Dee McWilliams said it rips his heart to say it, but he believes the right sentence is 20 years in prison.

VIDEO: The growth in Cedar Park

Houston-area man tries to rob drive-in movie employees with a bat, gets shot and killed