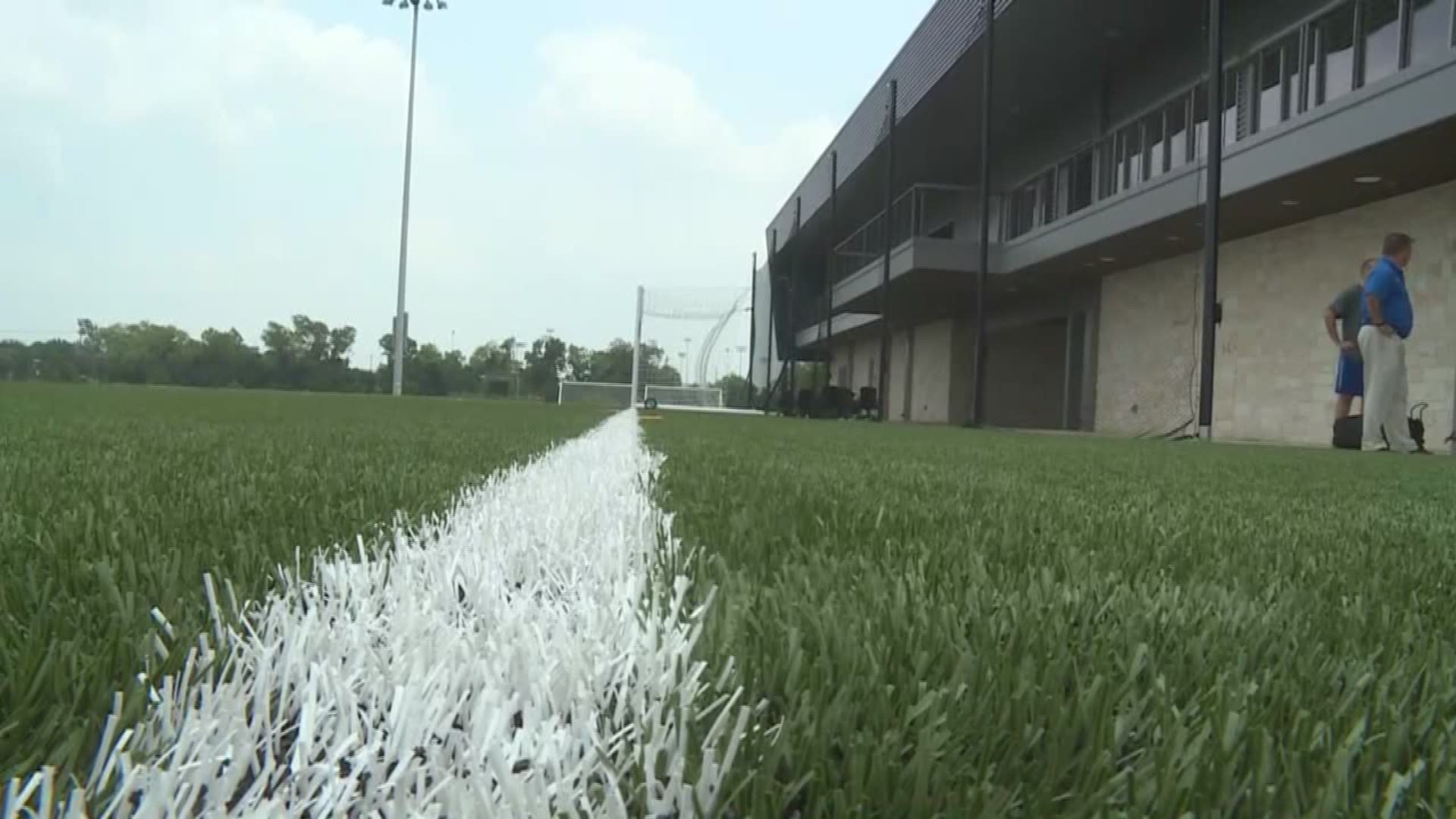 "We're having everything from rugby, flag football, lacrosse, of course, soccer; that's big around here," said Nancy Yawn, the Director of the Round Rock Convention and Visitors Bureau.

"This is another component of a huge parks system,” said Chad McKenzie, the Director of Sports Management and Tourism for Round Rock.

The project took about a year to build and has two championship fields, and eight multipurpose fields. Half of them are natural grass, while the others are synthetic turf.

"We can flip the fields -- turn them. You can set multiple fields on one field. You can do multiple sports that way. So whatever you can play on a flat rectangular surface, we'll play it,” said McKenzie.

There's also a playground, a clubhouse for concessions, and even hookups for foods trucks.

"We hope to see thousands of people here on the weekends,” said Yawn.

It's all part of the city’s “Sports Capital of Texas” plan to diversify the economy. Basically, the city builds the sports facilities, and then the tourists, who come to use them, put money back into the local economy.

"They stay in our hotels. They shop in our shops. They eat at our restaurants. They spend cash in our community and then they go back to their homes. And they don't draw on any city services, school districts, things like that,” said Yawn.

The city told KVUE several organizations have already called, and they have 25 events booked for this year.

"It’s one of those that they say all the time 'if you build it, they'll come’. Our phones are constantly ringing every day, different groups different activities that are really wanting to come here,” said McKenzie.

"We'd love to be booked every single weekend. We'd love to have every inch of our space used by local clubs, local groups,” said McKenzie.

Crews are also currently working on phase two of the project, which will renovate the five other soccer fields in Old Settlers Park.

They’re creating two multipurpose fields, and three soccer fields, with two of those for youth soccer. All of those fields are natural grass.