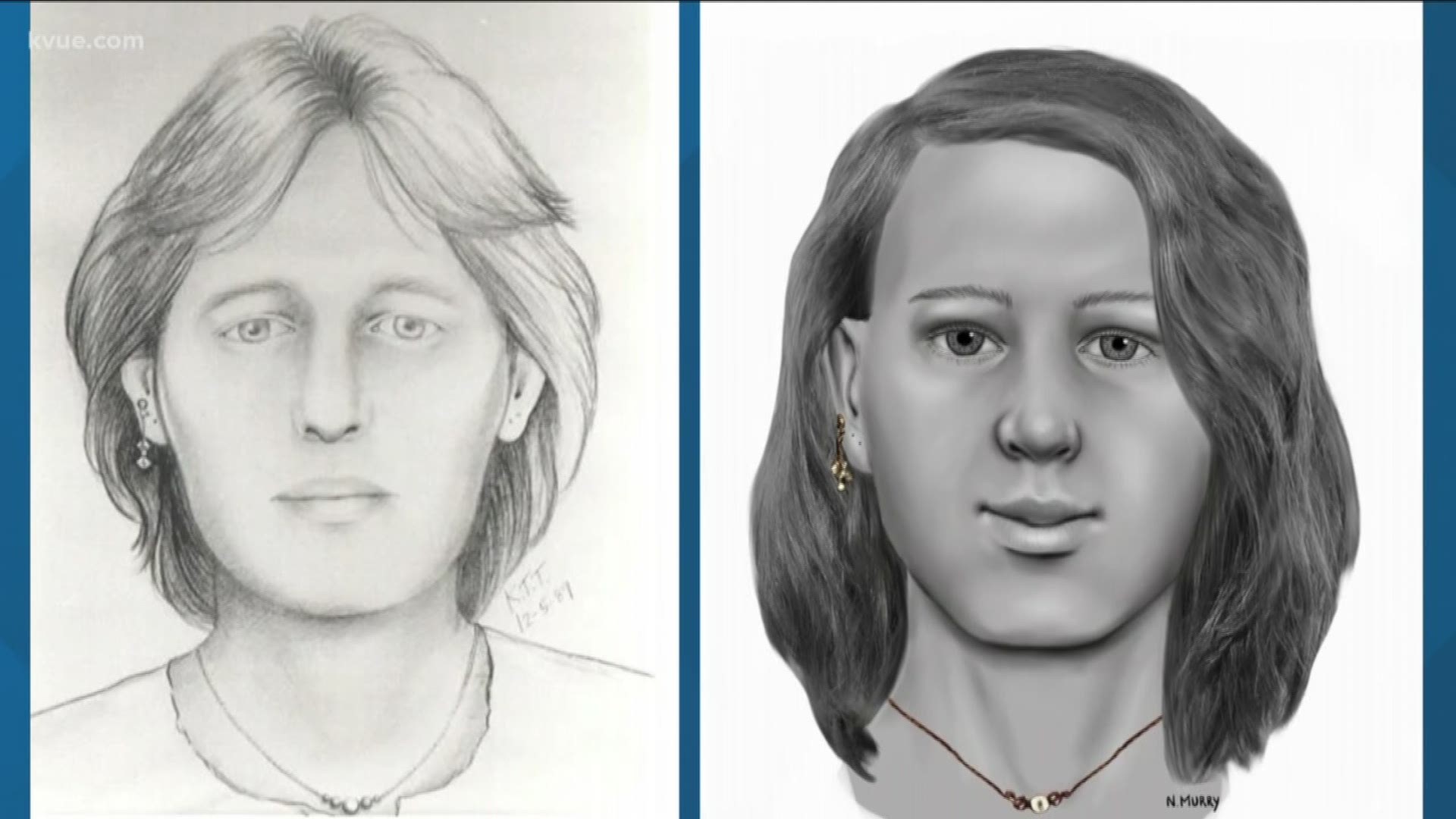 GEORGETOWN, Texas — Updated sketches of two Williamson County cold case victims have been released in an effort to identify them.

According to the sheriff's office, both sketches were revised because, "since the original reconstructions in the early 90s, more studies regarding facial morphology have been done, allowing for further specific details and corrections to the individual features of the face."

Rebel Ray's skeleton was found Oct. 3, 1988, in a trailer park called Riverside Mobile Home Park located at 7275 East Highway 29, west of Georgetown. He was wearing a baseball cap with a rebel flag on it when his remains were found. Police believe he died between six months to a year before his body was found.

Authorities believe he may have lived at the mobile home park or that he worked as a handyman there before he was killed.

He is believed to have been in his 30s or early 40s. He was between 5 feet, 2 inches and 5 feet, 5 inches tall. He had an average build and had dark hair that was going gray.

"Corona Girl" was found on Sept. 25, 1989, on the west side of Interstate Highway 35 Exit 277 in Jarrell. She had been dead for about two weeks at the time, according to authorities. She was wearing a Corona beer promotional T-shirt that she had shredded the hem and sleeves of.

WATCH: Solving the mystery: Who was Orange Socks?

Round Rock I-35 road rage suspect forced out of truck with tear gas before arrest, police say