After an elderly man was killed by a car while riding his bike in Pflugerville, his family wants to rename the crosswalk where he died. 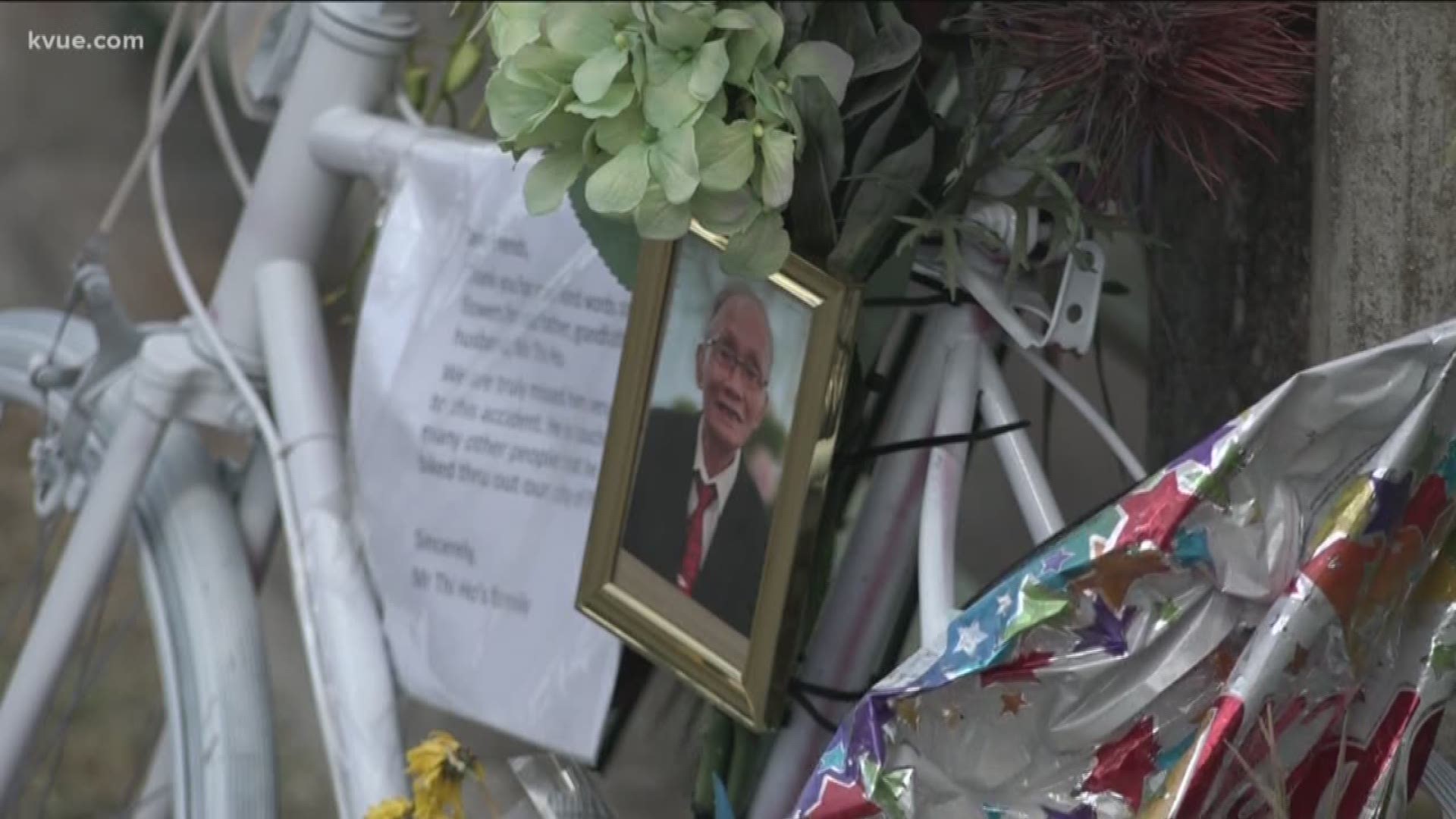 PFLUGERVILLE, Texas — Thi Ho, 87, was killed in September while riding his bike in Pflugerville near 10th Street and Settlers Valley.

Now, his family wants his name to be remembered. Elain Warren Hepburn and her family placed a "ghost bike" near the pedestrian crosswalk where he was killed to raise awareness.

Man killed while trying to cross South Congress in Austin

“The city of Pflugerville, my family and the cycling community planted this stuff here to honor him and remember him, which has been absolutely overwhelming. We did not expect this response and it’s been incredible,” said Nhat Ho, Thi Ho's grandson.

The Pflugerville police said there's fault on both the driver and Thi Ho. No charges have been filed against the driver.

His family started a petition asking the city to rename the "Settlers Valley Trail" to the "Thi Ho Memorial Trail."

"I just want to thank the City of Pflugerville and Mayor Victor Gonzales for responding quickly to the petition we have to rename this trail to the Thi Ho Memorial Trail. Things are underway to get that going and hopefully it'll happen soon," Nhat Ho said.

Nhat Ho said his family hopes the ghost bike makes a difference. He said Thi Ho frequently biked in that area and they're still heartbroken about what happened.

1 / 6
Family
Thi Ho, 87, was killed in September while riding his bike in Pflugerville near 10th Street and Settler's Alley. Now, his family wants his name to be remembered.

“He loved being outside. He was always an advocate of exercise to stay healthy. He loved to garden. He loved reading poetry and of course, he loved his family,” Nhat Ho said.

Cyclist biking across America for charity killed in Mississippi

Brent Sterriker, a local biker who previously owned a bike shop, said the cycling community always comes together when things like this impacts their own.

“This is the first time it’s happened in Pflugerville to where we’ve had a ghost bike planted,” Sterriker said. “I rode on this trail every day going to school as well. Cars never stop, never slow down and you just cross whenever you can.”