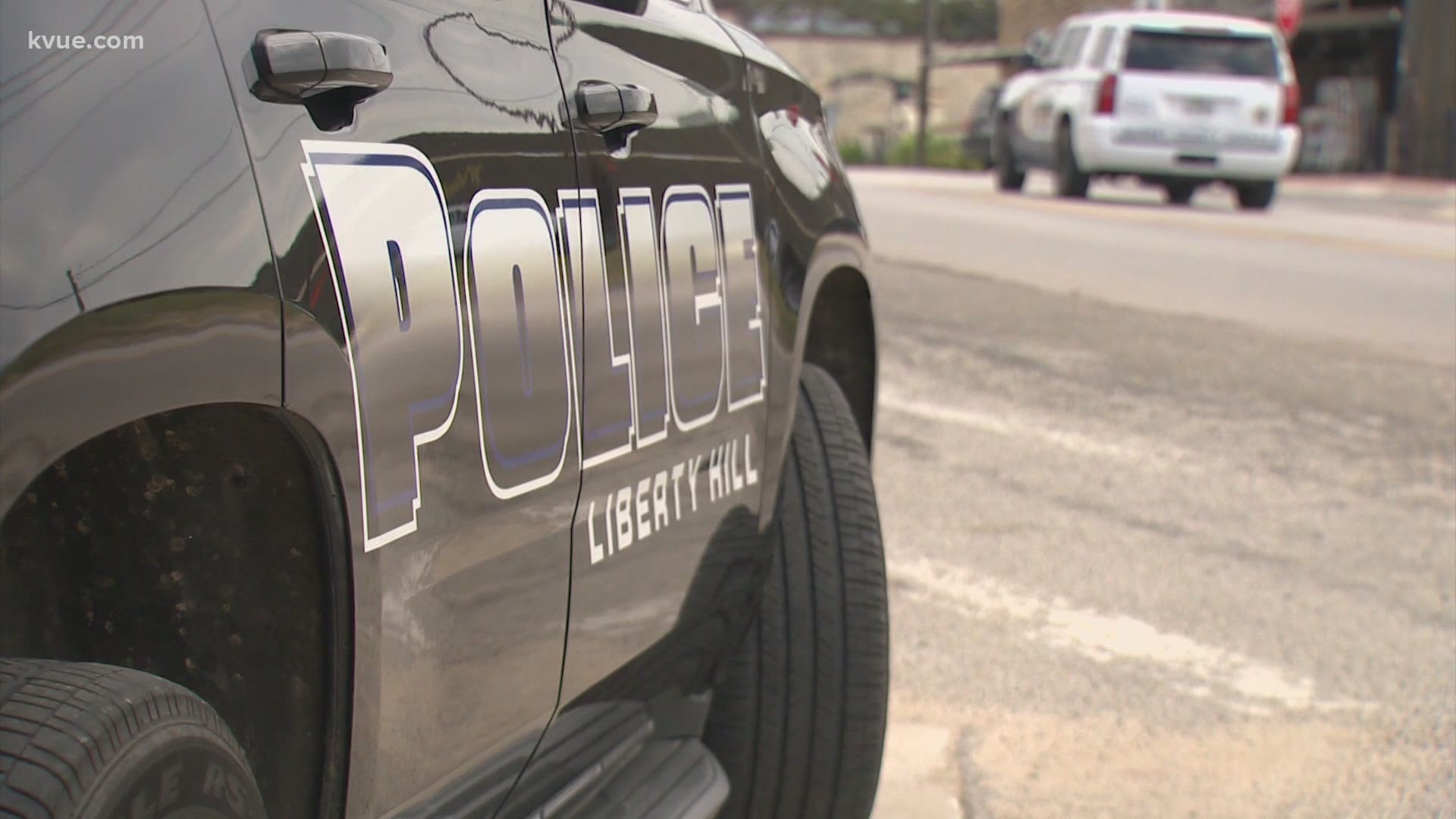 Both Maverick Campbell and Nancy Campbell contest the Atlantic City incident was nothing more than a "simple misunderstanding." However, according to the New Jersey State Police report on the incident, Maverick Campbell threw a chair, knocked over a trash can and walked away. Notably, the officer writing the report said, "at no time did Maverick become physical." No charges were filed.

According to Liberty Hill Mayor Rick Hall, this incident was the tipping point for an investigation and the eventual termination of Maverick Campbell as police chief.

"We called several officers back in, made statements, written statements from these officers that explained, you know, how they had been treated over the past," Hall said.

None of the officers KVUE reached out to returned requests for interviews, including current Police Chief Royce Graeter, who was a lieutenant under Campbell.

"My vote to terminate was not based on New Jersey," Tony DeYoung, one of the city councilmembers, said. "It was based on what was happening and the results of our internal investigation by our HR director."

According to Hall, DeYoung and City Councilmember Kathy Canady, the internal investigation and discussions with police officers suggested an environment and culture of harassment.

"I feel so bad for those men to have to work under that kind of paranoid, stressed-out situation that they were in," Canady said. "They weren't allowed to talk to us."

DeYoung also mentioned at least one instance in which an officer recognized him at a City event, turned around and walked the other way as that officer allegedly would have had to report the conversation back to Campbell.

Campbell argues he had the full support of his officers during his tenure at LHPD. He added Hall lied about any statements.

"There was never anybody coming forward saying there [was] a vote of no confidence in our police chief," Campbell said. "I know the mayor made a false statement that officers had concerns, and he polled these officers or talked to these officers. I later found out after speaking to these officers that that never occurred."

Campbell said Hall has a "sick fetish" with the police department. In a lawsuit filed in the beginning of October, Campbell listed in various claims that Hall possibly impersonated an officer, violated the LHPD ride-along policy and demanded Campbell place him in the police academy or order a red and blue flashing light for Hall's City vehicle. Campbell claims his job was threatened multiple times.

After his firing, Campbell filed a formal grievance against the City and Hall. The grievance included allegations of racism and verbal harassment on the part of Hall.

At a City retreat at Canyon of the Eagles, Campbell claims Hall used racial slurs toward Campbell's kids, who are biracial – Middle Eastern and American.

"They were playing in the sand," Campbell said. "The boys were just, you know, playfully tugging on [Hall's] shirt, and that's when he came out and called them the N-word and say he's going to hang them from a tree."

Hall argues he did no such thing, insisting he told the boys to go play elsewhere.

"The comment that I made was that the little kids were, were throwing sand and gravel and it was hitting people," Hall said. "I said, 'Will you please stop throwing the gravel and go over there and play beside that tree?'"

Canady, who claims she was sitting closest to the conversation at the retreat, said the mayor did not use any racial slurs.

Both men say there was plenty of drinking taking place at Canyon of the Eagles. Campbell claims the mayor was too drunk to walk properly. Hall claims a city councilmember had to bring the Campbells back to their cabin.

The Burnet County Sheriff's Office (BCSO) has suspended the investigation.

"Statements obtained from several of those that attended the event where the alleged incident occurred do not support Campbell's allegations and Campbell has failed to make the alleged victims (his children) available for interview," the BCSO said in an email.

However, the BCSO will keep the investigation open for two years for the statute of limitations.

Both Hall and Campbell want the truth to come out about these incidents. Campbell hopes the lawsuit will lead to his return to the police chief position. The only hesitation he has would be if Hall is still the mayor.