The grand jury has heard testimony from multiple deputies who confirmed that they were called to testify. 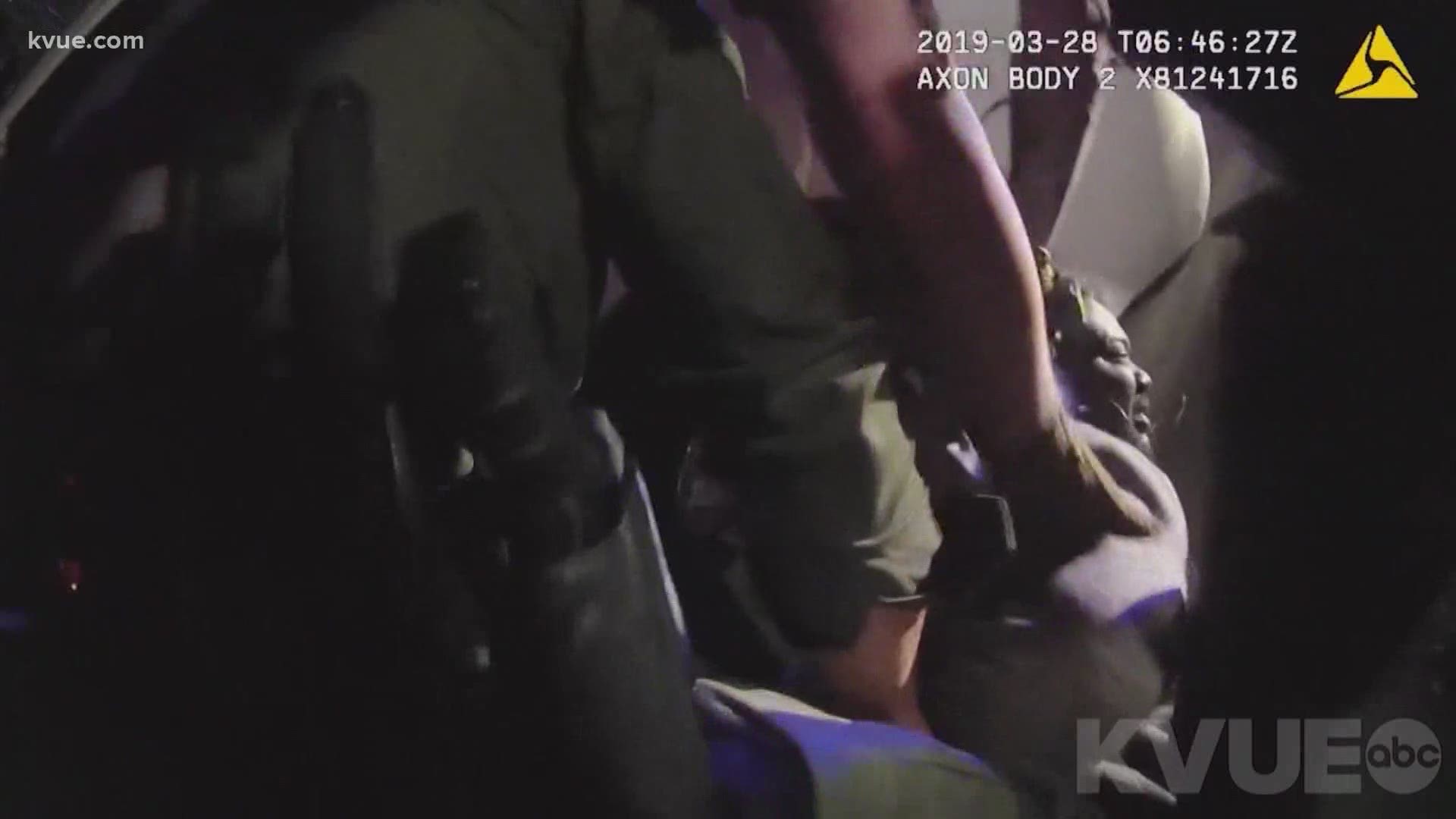 WILLIAMSON COUNTY, Texas — Editor's note: The video above was published when KVUE confirmed investigators are looking into possible evidence tampering in the case of an unarmed black man who died in Williamson County custody.

A Williamson County grand jury is expected to soon decide whether to bring criminal charges against Sheriff Robert Chody, “Live PD” producers or anyone else possibly involved in the destruction of footage in the March 2019 death of Javier Ambler.

The grand jury, seated over the summer, has heard testimony from multiple deputies who confirmed to the KVUE Defenders and Austin American-Statesman that they were called to testify. The deputies declined to comment further, saying that they were not allowed because of grand jury secrecy.

The director of a state police association also confirmed that several members have contacted his organization in recent weeks for legal advice about how to respond to court orders to appear before the grand jury in the matter.

“We tell them to tell the truth,” said Kevin Lawrence, who heads the Texas Municipal Police Association. “It is just like any other situation where you are a witness, you tell the God’s honest truth and let the chips fall where they may.”

Austin attorney Gerry Morris, who represents Chody in the investigation, declined to comment. It is unclear whether Chody testified to the grand jury.

“We continue to pursue justice in the matter of the death of Javier Ambler. We are working with the Travis County District Attorney’s office in conjunction with the Austin Police Department as we look into the possible tampering with evidence by personnel from Williamson County agencies who have had contact or communication with the television show, ‘Live PD.’ Due to the nature of grand jury investigations, we will not be able to address specific questions about these ongoing investigations at this time.”

KVUE and the Statesman first revealed details of Ambler’s death in June after months of reporting.

Deputy J.J. Johnson, who had a “Live PD” crew with him, began chasing Ambler after he failed to dim his headlights and did not stop. Ambler crashed several times before his car became disabled in North Austin. Johnson and Deputy Zach Camden used their Tasers on Ambler four times as he shouted that he had a heart condition and could not breathe.

Ambler, a 40-year-old father who had been at a poker game with friends, died a short time later.

The highly-rated show was canceled two days after the report, and producers announced that they no longer had any video they filmed that night. Host Dan Abrams wrote in a June post on his web site that the show kept the video for some period, unless it received a court order to preserve it. “Live PD” producers said they received no such request in Ambler’s death, and investigators have not said how they sought the video.

Abrams wrote that the show got rid of the Ambler video “when the Williamson County sheriff informed ‘Live PD’ attorneys that their investigation was complete using bodycam footage that they had.”

Investigators said that Chody stonewalled the investigation -- an allegation that Chody has denied. He said the department has fully cooperated.

Dick and Travis County District Attorney Margaret Moore said in June that they were jointly investigating, with Dick’s office looking into the destruction of the video and Moore handling the use of force by Johnson and Camden.

Moore has since said she will allow a new district attorney who takes office in January to handle the case.

Evidence tampering is a third-degree felony punishable by up to two years in prison.

It is not clear when the grand jury may make a decision.