The caravan began at San Gabriel Park in Georgetown on Saturday afternoon. 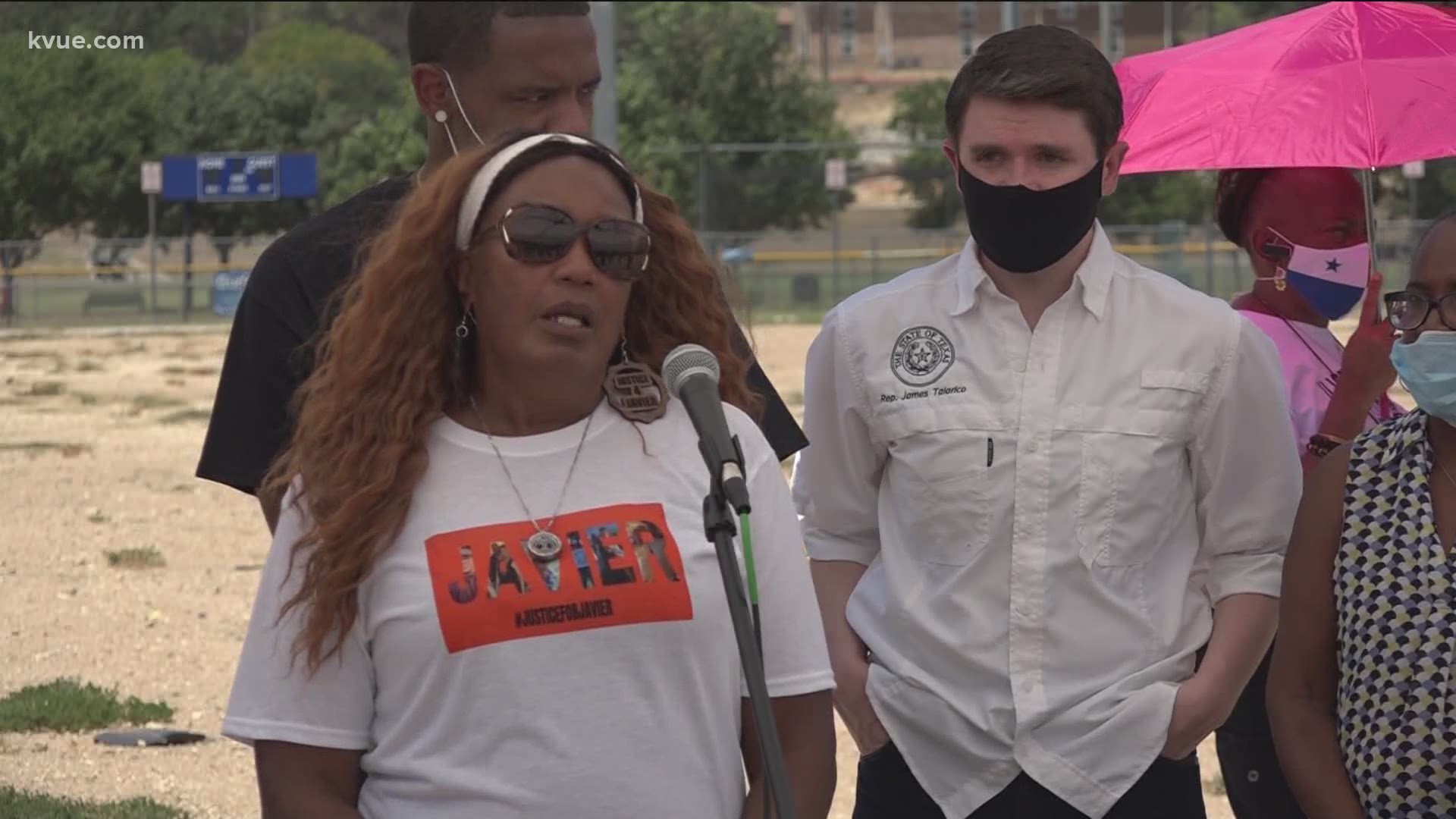 GEORGETOWN, Texas — The family and friends of a man who died in the custody of Williamson County sheriff's deputies in 2019 held a justice caravan for him Saturday afternoon.

"Justice for me is making sure we don't have any more 'justice for ...' names after it because they got killed by police," Ambler-Jones said.

The event included voter registration and car decorating, with the caravan beginning at 2 p.m. While some supplies were available, organizers encouraged attendees to bring their own supplies and masks and to follow social distancing measures.

"Our family, Javier’s three sons and I continue to grieve his murder and the painful 15 months it took for us to begin receiving answers. Javier cared about many and this caravan is a demonstration of people caring for him and demanding justice," Ambler-Jones said. "This is not a new narrative. We see the same headlines week after week with new names of Black Americans murdered at the hands of the police. Now we are demanding accountability in Williamson County to end this cycle of violence."

A caravan for justice for Javier Ambler is about to take off in Georgetown. Ambler’s family and local government officials just wrapped up speaking.

Texas politicians joined in the calls for justice and for Williamson County Sheriff Robert Chody's resignation.

"Javier will be in my memory and I will say his name on the House floor," State Rep. Celia Israel (D-Pflugerville) said.

"None of us are happy to be here today. That's because Javier Ambler should be alive today," Rep. John H. Bucy III (D-Cedar Park) said.

Ambler's family is seeking "some kind of justice," according to Ambler's mother, Maritza.

"Some change is happening. I know that in my [heart], right here," Ambler's 15-year-old son, J'Vaughn, said. "We're just going to continue to fight and we're not going to hold back until justice is served."

In March 2019, a Williamson County sheriff's deputy initiated a stop and began chasing 40-year-old Javier Ambler after he failed to dim his headlights to oncoming traffic. The pursuit lasted 22 minutes and ended when Ambler’s car crashed north of Downtown Austin.

Records obtained by the KVUE Defenders revealed that deputies used Taser stun guns on Ambler at least three times, even as he told them multiple times that he had a heart condition and could not breathe. He died minutes later.