A dedication ceremony was held on Saturday morning. 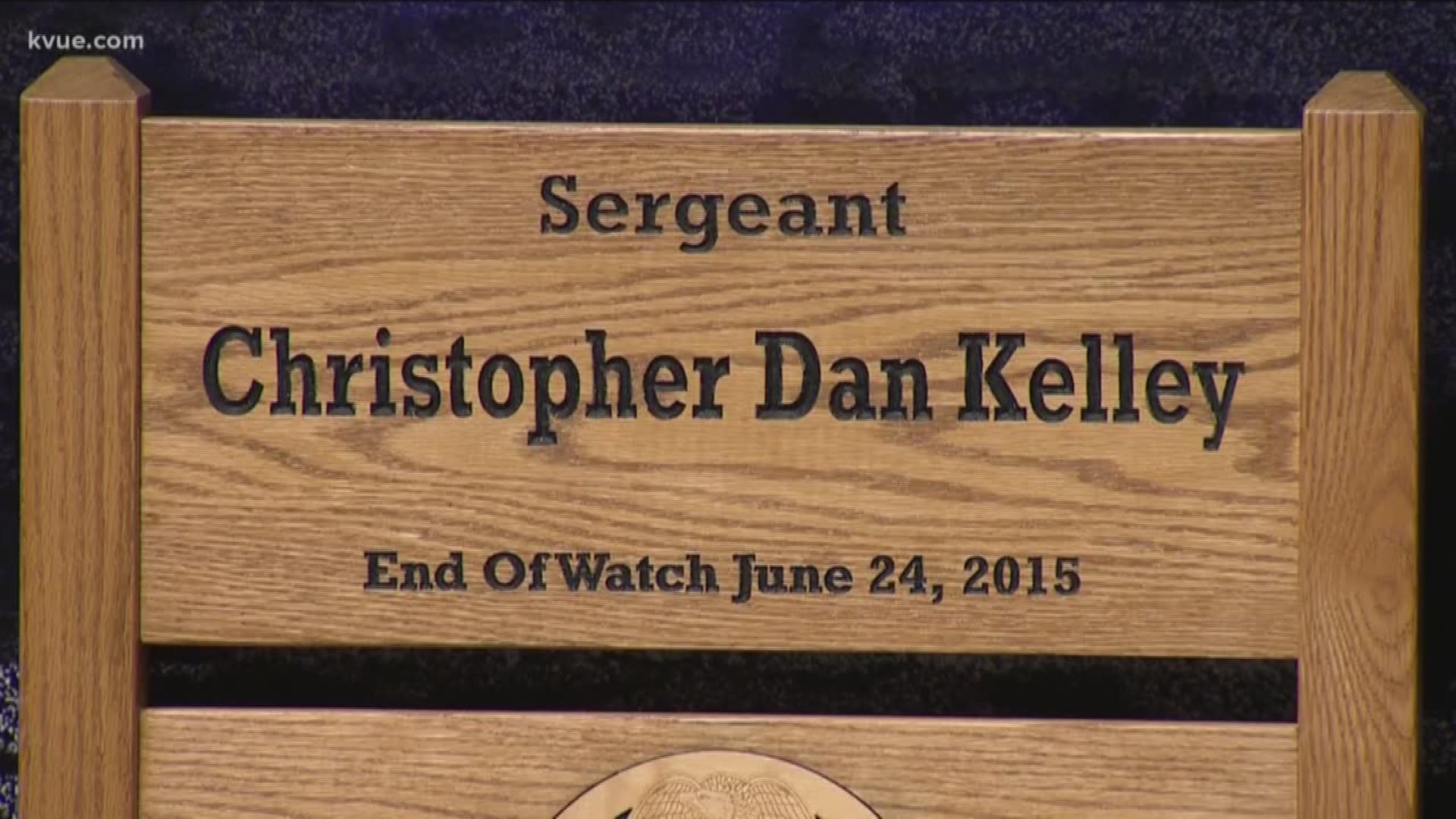 HUTTO, Texas — A portion of U.S. Highway 79 will now honor a fallen hero.

Part of the highway will now be known as the "Sgt. Chris Kelley Memorial Highway."

Kelley died after being run over by his own patrol vehicle on June 24, 2015.

A dedication ceremony for the new name was held at the Hutto Police Department on Saturday morning. Loved ones, Hutto police officers – including Sgt. Conor Mitchell, who was on the scene when Kelley died – and two state lawmakers were on hand.

Kelley's father, Jack, came up with the idea.

"I wanted people to be able to remember him, local people and people coming through that may stop and say, 'Who is this guy?' And so keep his memory alive and that he's still a part of this community and us," Jack Kelley said.

The signs, which were paid for by the Greater Austin Crime Commission, will go up on Monday.