The Georgetown PD found out about the alleged relationship in late January. 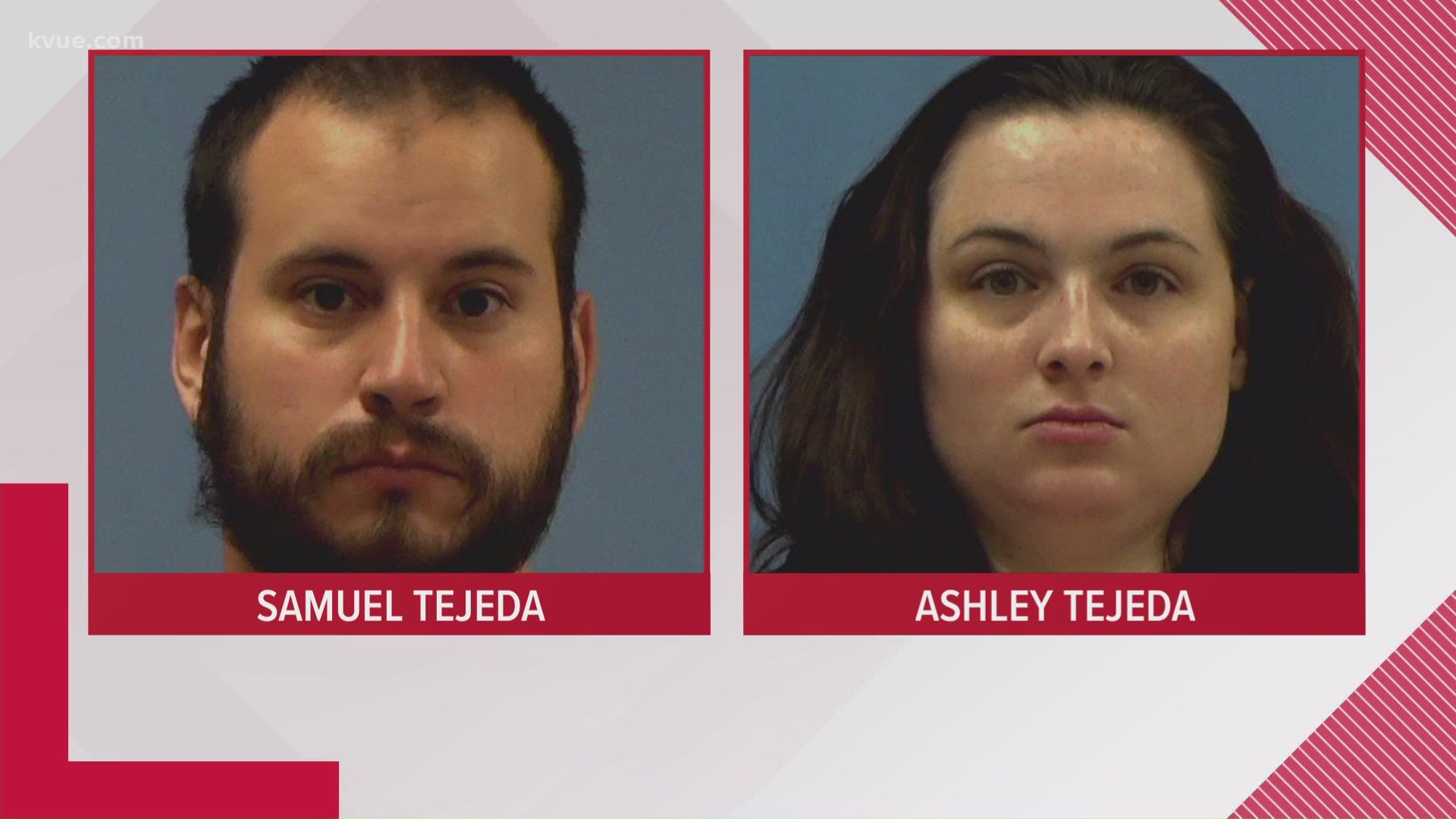 GEORGETOWN, Texas — A Georgetown police officer and his wife have turned themselves in after authorities investigated a sexual relationship they allegedly had with a 17-year-old. More details about the alleged relationship have now been released.

According to a press release from the City of Georgetown, police officer Samuel Tejeda and his wife, Ashley Tejeda, turned themselves in on Feb. 3 at 8 a.m. after an investigation started in January. They were charged with "sexual performance by a child," a second-degree felony, in connection to their alleged relationship with a 17-year-old.

Credit: Williamson County Sheriff's Office
Officer Samuel Tejeda and his wife, Ashley Tejeda, were arrested in connection to an alleged relationship with a 17-year-old.

In an affidavit obtained by KVUE, it was revealed that the 17-year-old told police during the course of their January investigation that she had sex numerous times with Samuel Tejeda in her backyard and other times at the Tejedas' home.

The affidavit stated that during the search by Texas Rangers on Jan. 29,  “several electronic devices were located and seized along with an intentionally damaged hard drive believed to belong to a computer system.”

The affidavit also stated that Ashley Tejeda admitted to the Texas Rangers that she had recorded one of the sexual encounters on her phone. However, Ashley Tejeda added that she “deleted the content of the video from her phone on the day that Samuel was informed of pending criminal action against him,” according to the affidavit.

They were arrested as part of a joint investigation involving the Georgetown Police Department and the Texas Rangers which started in late January.

According to the City, Georgetown PD learned on Jan. 26 that the 28-year-old officer and his wife were sexually involved with a child who was 17 years old. On Jan. 27, he was placed on paid administrative leave.

Two days later, authorities searched Tejeda's home, and on Feb. 2, warrants for the couple's arrest were issued. The investigation found that Tejeda knew the girl in a personal capacity and the alleged criminal conduct did not happen while Tejeda was serving in an official capacity as an officer.

Tejeda graduated from the police academy in January 2017, and worked as a reserve officer in Jarrell, Texas, before working for the Georgetown Police Department. He doesn't have any record of prior discipline with the police department.

AMBER Alert: Police in N. Texas are looking for this 2-year-old boy and man accused of taking him