The suspect and his mother came outside Monday morning after he allegedly shot at officers Sunday. 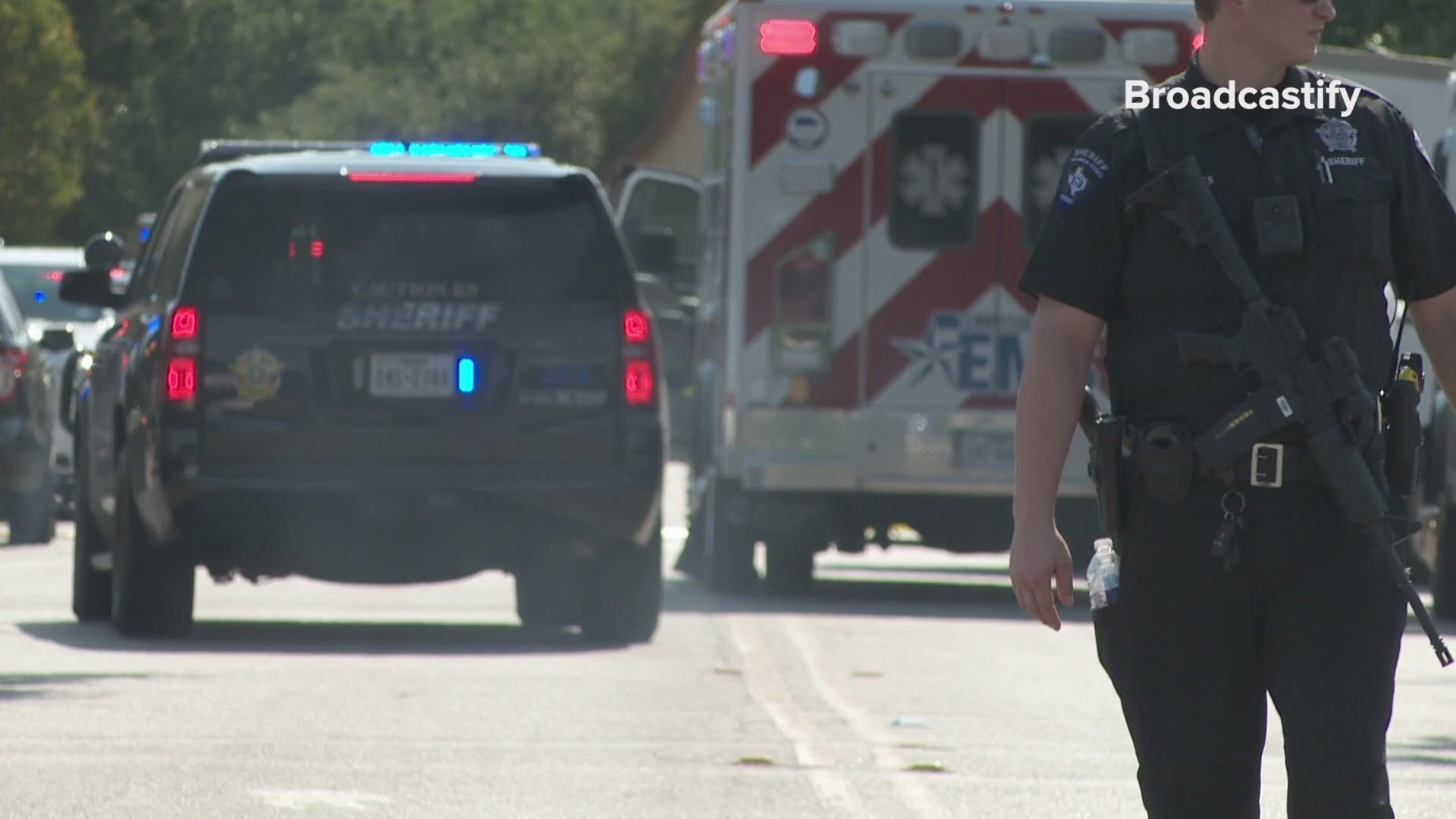 CEDAR PARK, Texas — After 16-plus hours of negotiations, the suspect in an officer-involved shooting on Natalie Cove in Cedar Park was identified after he finally surrendered to authorities Monday morning.

The man was identified as 26-year-old Joseph Desean Taylor.

Taylor and his mother came outside of the home Monday morning, with Taylor peacefully turning himself over to police. He had previously released his brother and sister during negotiations after barricading himself inside.

According to police, the incident began Sunday after Taylor's mother called to report that he had kicked in their door and was being aggressive. Responding Cedar Park police officers were met with gunfire, injuring three of them, and setting off the hours-long standoff.

Cedar Park Interim Police Chief Mike Harmon said he visited the officers in the hospital on Sunday evening. The next day, two of the officers were released from the hospital, while the third underwent surgery. He was expected to be released Wednesday afternoon.

After barricading himself and the family inside, Taylor went on Facebook Live for about an hour. During the stream, Taylor's sister pleads with him to go outside to the ambulance because he is bleeding. He can also be heard speaking with negotiators.

Officials said this is not the first time they have responded to the residence.

Cedar Park shooting suspect has a history of family violence

In September 2019, court records indicate police were called to the home due to Taylor attacking and choking his teen brother after an argument. His mother reported that it took her and her two adult daughters to pull Taylor off the boy.

Taylor's mother said at the time he has been diagnosed with a mental health condition but refused to take medication for it.

Police reported that during this incident, his sister threatened to call the police. She said he responded with threatening to kill her son.

Last year, Taylor's mother reported that she owns a gun for personal protection and had hidden it from him due to his behavior. However, she said he found it and bought ammunition for it, telling her that he needed it now to protect himself from people trying to "get him."

She also said that Taylor called out-of-state relatives, threatening her own life and the lives of other family members. One relative, identified as Taylor's grandmother, spoke to police, reporting that he called her twice stating he was going to "take down" his mother and other family members and that she needed to prepare for sad news.

Taylor was then charged with assault causing bodily injury – family violence, a third-degree felony. In March 2020, the State said there was probable cause to arrest Taylor, but filed to dismiss the charge due to insufficient evidence.

KVUE's Pattrik Perez spoke with Taylor's grandmother, Helen. She wasn't ready to talk about the incident, but she passed along the following statement:

"I pray that all will take into consideration, and read up on mental health, of what our family has and will go through. Prayers for all involved, please. This is a very difficult time, and I would hope that Joseph can get the mental help he needs. I pray for the officers and thank them for trying to help my family."