The Round Rock Ranch HOA said a bobcat walked through a backyard at Red Rock Drive at 9:30 a.m. on Sunday. 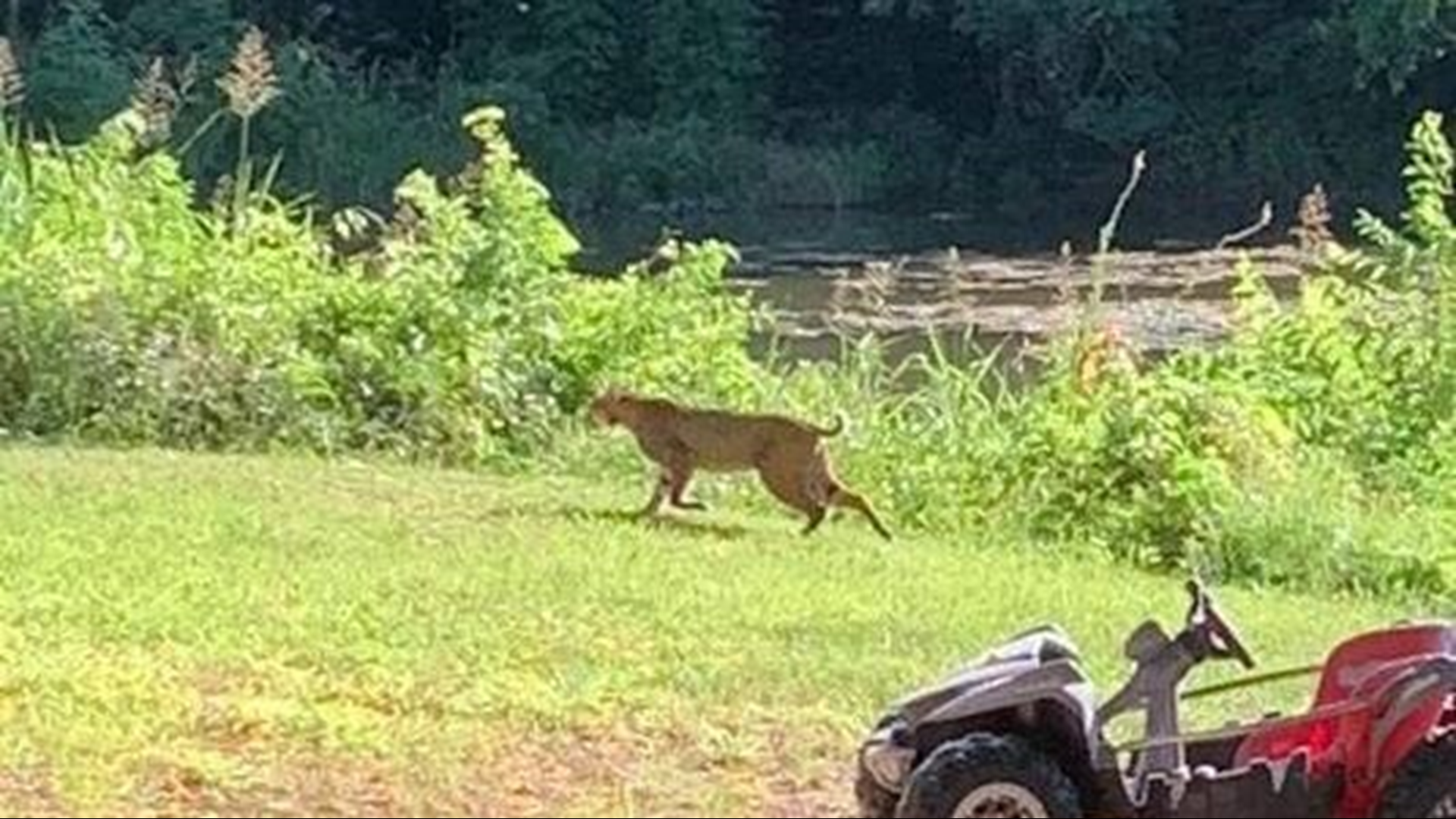 ROUND ROCK, Texas — Round Rock and Pflugerville neighborhoods are keeping an eye out for wild animals after a bobcat was seen roaming around their homes.

People living in the Round Rock Ranch area said they saw the bobcat behind homes in a wooded area.

A neighbor snapped a photo of what appears to show a bobcat running near water. After viewing the photo, Texas Parks and Wildlife confirmed to KVUE it is a bobcat. Others in the area said they may have spotted two of these wild animals as well.

The Round Rock Ranch HOA posted on Facebook, saying the bobcat walked through a backyard at Red Rock Drive at 9:30 a.m. on Sunday.

A resident commented on the post, adding that she saw a bobcat in her neighborhood at the Villages of Hidden Lake Pflugerville.

Those homeowners are now asking people to watch out for kids and pets in the neighborhood.

Wild animal sightings are common in Central Texas and TPW said bobcats are abundant in most of Texas. Mountain lions have been spotted in Hutto and Williamson County in recent months.

Someone in Leander shared this video of a cougar roaming near their home earlier this year.

According to TPW, bobcats are dangerous and strong animals that are mainly active at night. TPW said if you come across a bobcat or mountain lion, do not turn your back. Instead, you should pick up any small children, gather everyone in a group, hold your ground and slowly back up.

If you come across one, you should call the police as well so they can get in contact with wildlife experts.

We have a guide on how to react to wild Texas animals that you may see roaming around.