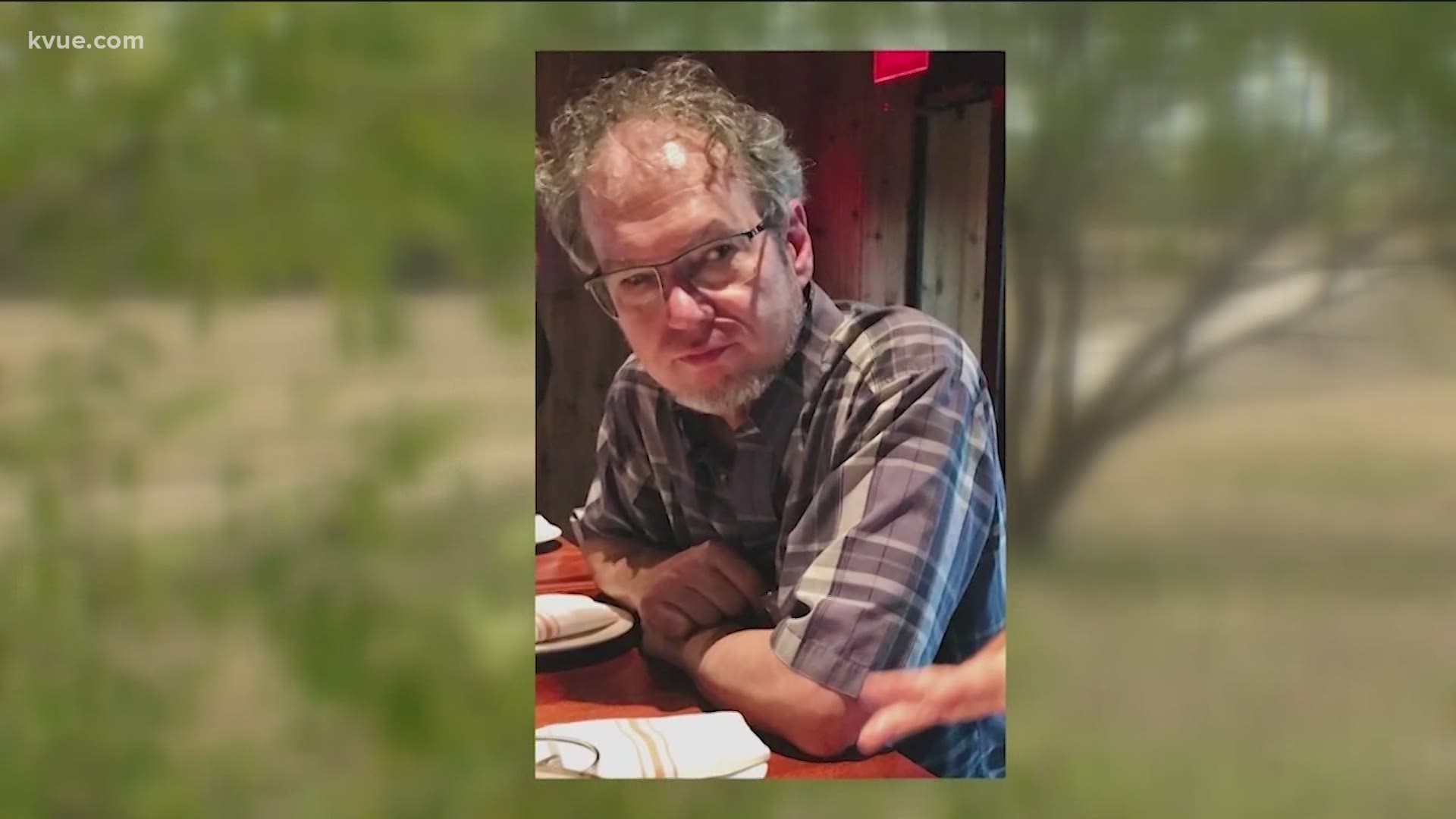 WILLIAMSON COUNTY, Texas — The Williamson County Sheriff's Office (WCSO) has found a body in the search for an Austin man who was reported missing in Granger, Texas, last week. On Aug. 6, it was positively identified as Mark Yarbrough.

The body was discovered near County Road 328 in Granger around 10:30 a.m. on Monday, Aug. 3. Deputies had been searching in that area last week.

In a press conference Monday afternoon, WCSO Criminal Investigations Division Commander Gary Haston said that on Monday morning, K9 crews and deputies had been sent to a heavily wooded area to search for Yarbrough, and that's where they found the body. Haston said the department had decided to do a more thorough search in areas where they had received tips that people might have seen Yarbrough.

Deputies said Yarbrough went missing July 27 near County Road 327 and County Road 161 in Granger. The WCSO is investigating the events that might have lead up to his disappearance and possible death, which Haston said are being deemed "suspicious."

"There are unanswered questions that exist, and we need the public to give us a call, particularly anyone that has seen or spoken to Mr. Yarbrough leading up to July 27, which would be last Monday," Haston said. "We're particularly interested in anyone that spoke with him last weekend to try to find out his location, his whereabouts, leading up to him being last seen on County Road 327 in eastern Williamson County."

Haston said WCSO has interviewed several people that had spoken to Yarbrough, but detectives need to speak to anyone else who may have spoken to him to "solve some of the questions" they have related to his disappearance.

"We believe that we're not going to find him alive any longer," Haston said.

KVUE spoke with longtime friend Andrea Dennison, who called Yarbrough one of the sweetest and most gentle souls.

"He's a really gentle, sweet person who has a lot of loved ones who are very worried about him and would like him to come home safely," Dennison told KVUE in late July.

The search for Yarbrough has included Texas Search and Rescue and EquuSearch, the Team Texas K-9s, as well as the Department of Public Safety and Austin Police Department aviation units and volunteers. By July 31, the search had expanded more than 3,000 acres to include the area near County Road 328.

Dennison told KVUE Yarbrough was a massage therapist and a good friend and father.

On Monday morning, WCSO located a deceased person near CR 328 in Granger, TX. The description matches missing Austin man, Mark Yarbrough’s, but has not yet been confirmed. No other information at this time. pic.twitter.com/2Y7AxapBKN

"We're sorry that we were unable to find Mark alive but again thank the volunteers that helped in the relentless search that has been going on now for six days, both day and night," Haston said. "It's not the resolution that we want but the investigation is just beginning."

If you have any information about this case, call the WCSO Criminal Investigations Division at 512-943-1313. Detectives Pete Parks and Rudy Pena are leading the case.