The counterfeit pills were made to look like oxycodone and Xanax. 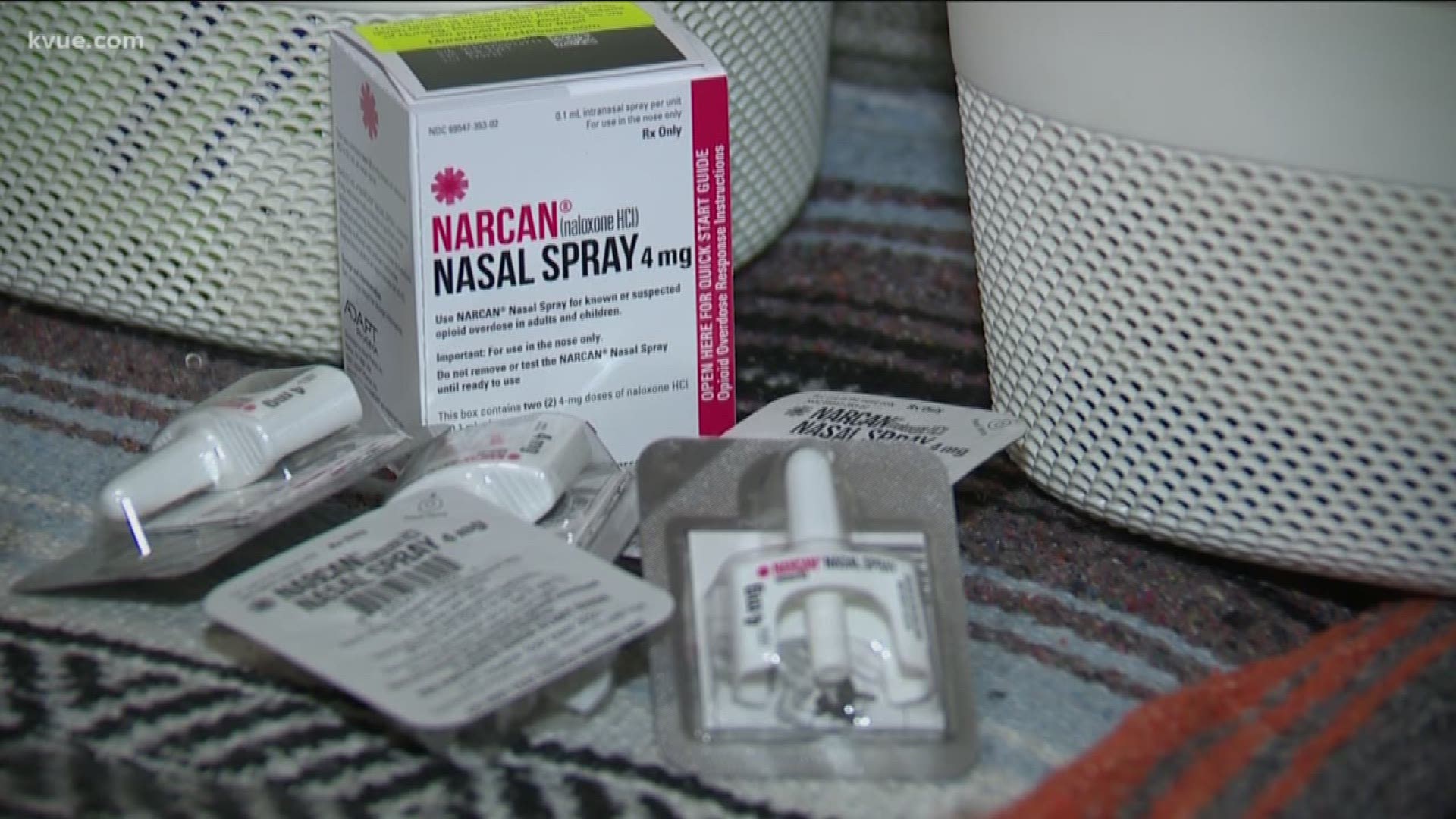 WILLIAMSON COUNTY, Texas — Williamson County officials said Friday they are investigating a concerning spike in overdoses related to counterfeit prescription pills. On Monday, the Austin Police Department said it has also investigated at least five overdose deaths in the last two weeks that may be associated with counterfeit pills.

Williamson County officials said that since April 1, medics responded to what they called a "near five-fold increase" in opioid overdose calls compared to its usual monthly average. Fifteen cases have been reported.

Two different types of counterfeit pills were involved in all of these cases.

In Williamson County, almost all of the pills were blue in color, round and had an "M" on one side. They were counterfeit oxycodone 30 mg pills and are commonly pressed. They contain a dangerous amount of illicitly manufactured fentanyl.

At least one of the samples in the area tested positive for fentanyl.

Other pills involved are white, rectangular and have three score marks on one side. They are produced to look like Xanax 2 mg "bars." They too are presumed to contain illicitly manufactured fentanyl, as the overdose was reversed by naloxone. So far, there has only been one case involving pressed Xanax in Williamson County in April.

APD said the pills involved in the Austin cases were also made to look like oxycodone and Xanax and contained fentanyl.

Fentanyl is a powerful opioid that is about 100 times stronger than morphine. An overdose can cause a rapid loss of consciousness and respiratory arrest.

Naloxone, also known as Narcan, can reverse a fentanyl overdose if provided in a timely manner following the overdose. Texas Senate Bill 1462 allows anyone who possesses Narcan to administer it during a presumed opioid overdose.

Individuals looking to obtain a Narcan kit and training can call the Williamson County Mobile Outreach Team at 512-864-8277.

To learn more about how you can recognize and respond to an opioid overdose, click here. APD said anyone who locates these counterfeit pills is asked to call 9-1-1.