The Williamson County Sheriff's Office's crime lab is now the only department in the state with the latest DNA forensic technology to help solve crimes and crack cold cases. 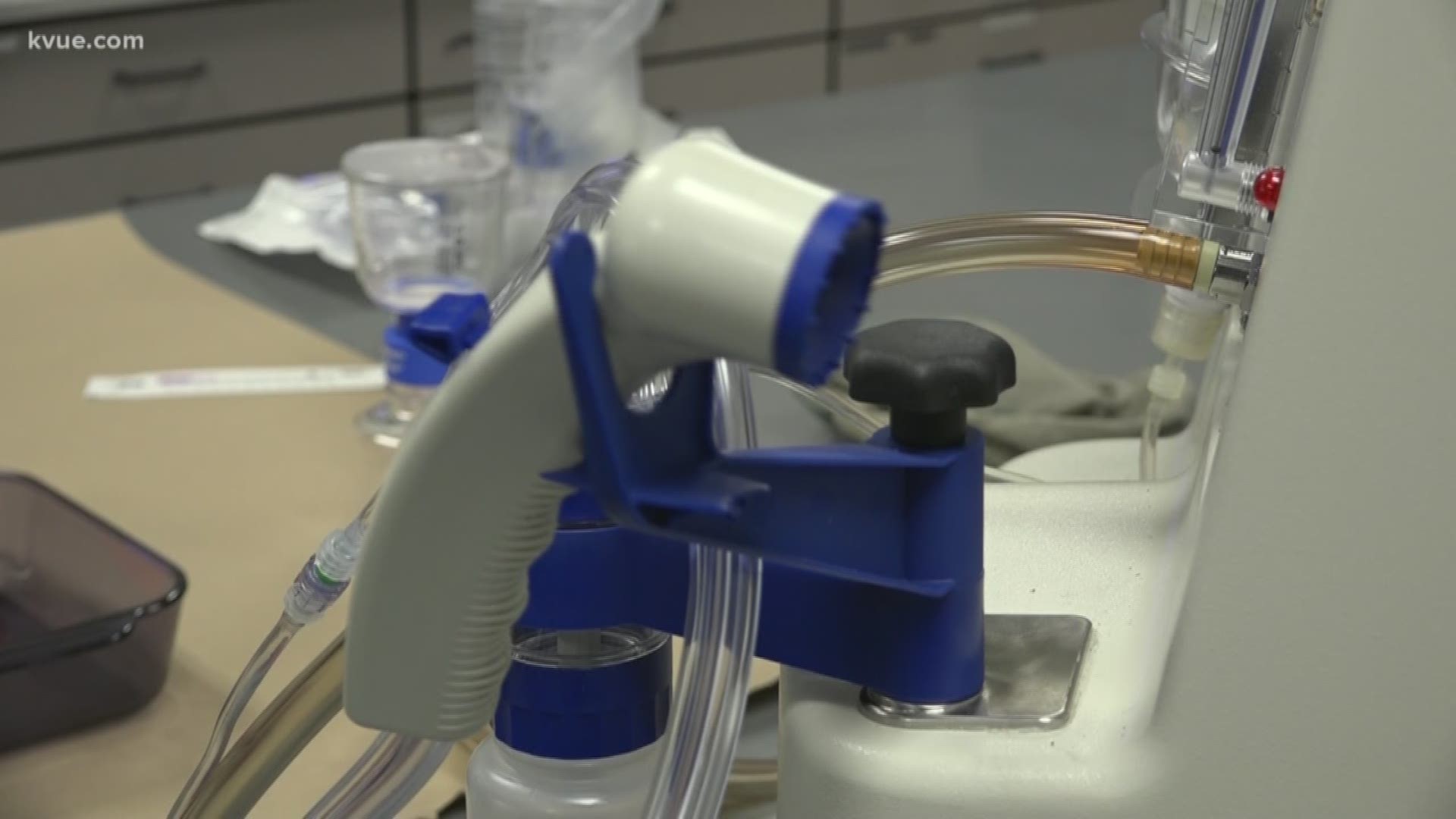 WILLIAMSON COUNTY, TX — The Williamson County Sheriff's Office's crime lab is now the only department in the state with the latest DNA forensic technology to help solve crimes and crack cold cases.

The M-Vac System is a wet-vacuum DNA collection tool that can help investigators solve more crimes through better, faster DNA collection than standard swabbing. The vacuum is sterile, hand-held and disposable and can collect DNA from virtually any evidence surface: whether that's rope found at a crime scene, a victim's shirt, the inside of a suspect's vehicle or even rocks.

The hand-held vacuum collects the DNA and is emptied into a sterile collection solution. From there, a concentration filter is then used to remove the liquid from the DNA sample. Almost anything that anyone can touch, the vacuum can too -- as long as the sample does not clog up the filter system.

"Currently, the process we have for DNA is swabbing, and that's what a lot of agencies do... They swab for DNA to get a profile of the suspect or victim to determine the solvability of a case or to get clues in a case, and it's a great process. But -- it's limited," said Williamson County Sheriff Robert Chody. "We've been limited on what we can test for DNA, and so this MVAC system produces the ability to get more results because of the way that it's able to extract possibilities."

The department's seized funds paid for the M-Vac system and its testing.

Sheriff Chody says the M-Vac is already being put to use on one of the county's cold cases. He said that he's looking forward to using it toward evidence that's decades old as well as in ongoing and future investigations.

"The vacuum system is getting the whole evidence deeper and more chances with that water system shooting out, extracting that DNA... It increases the probability in a wide variety of ways."

Because it is the only M-Vac in the state, Chody said that if there are other outside agencies who believe the device can be used to also assist them in their ongoing investigations, he's open to loaning it out as long as the department is not using it.

"Hopefully, when we solve one -- or if we solve a cold case -- we'll see the return on that and be thankful that we did. And even if we don't, if there's an agency that chooses to borrow the system and they were able to solve one, that would be certainly rewarding in itself."