A Williamson County Commissioners Court voted to terminate the county's contracts with ICE and CoreCivic, the company that operates a detention center in Taylor. 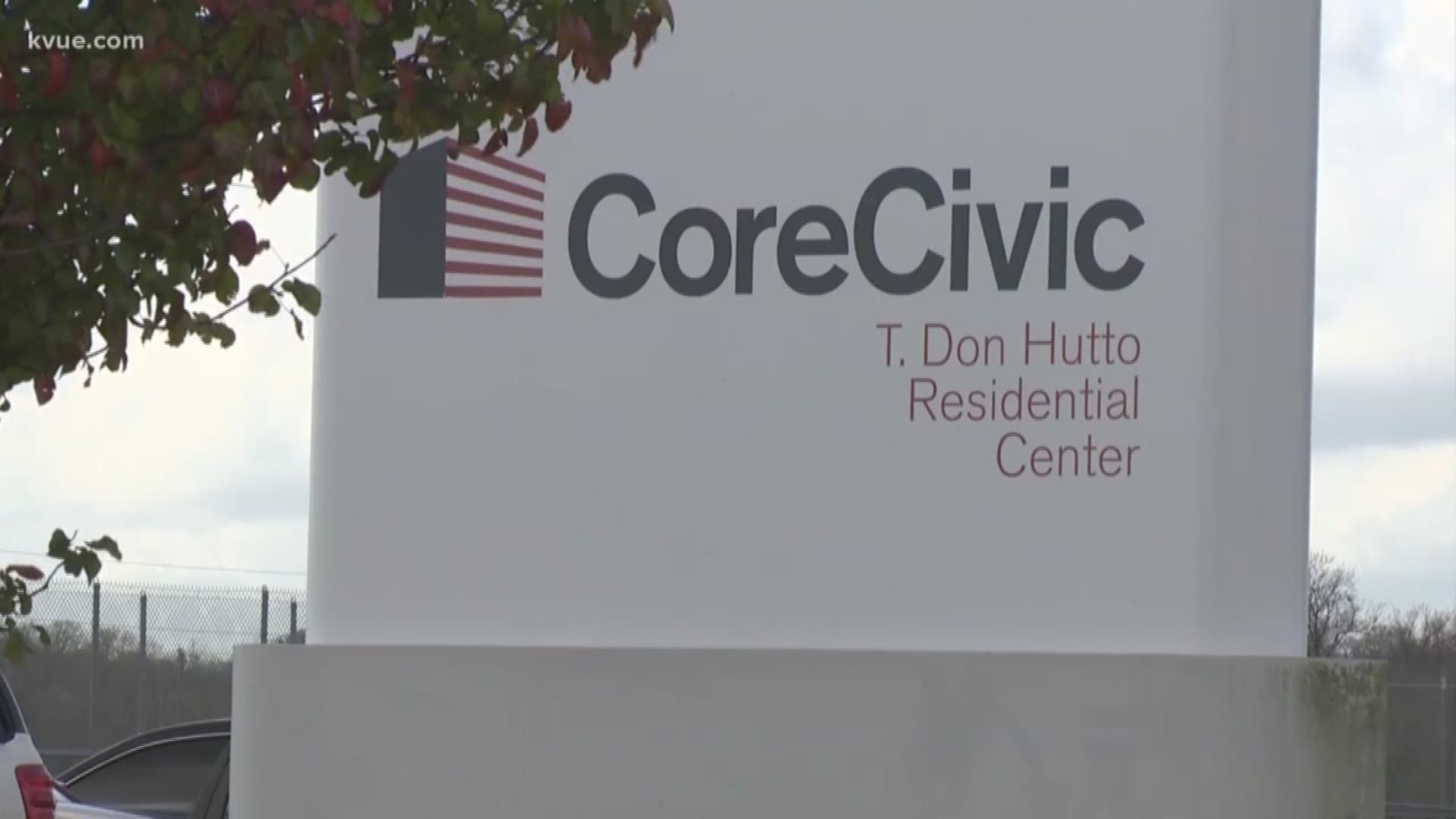 WILLIAMSON COUNTY, Texas -- The relationship between Williamson County and a detention center has ended.

The Williamson County Commissioners Court voted Tuesday to terminate the county's contracts with ICE and CoreCivic, the company that operates the T. Don Hutto Residential Center in Taylor. The commissioner's court voted 4-1 in the termination of contracts.

The decision to terminate the contracts does not mean the detention center will close, a county spokesperson told KVUE Monday.

"ICE can go through the procurement process and reach an agreement on their own or contract with another governmental entity for the use of that facility," WilCo public affairs manager Connie Odom said.

The county and ICE have been in this current contract since 2010, according to an op-ed by Williamson County Commissioner Terry Cook.

As part of the contract, the county received $1 per day per detainee and $8,000 per month to pay for sheriff's deputies to monitor the facility, Cook said.

It's unclear why the contracts between the county, ICE and CoreCivic were up for discussion, but the facility has had a rough past.

Several CoreCivic employees have been accused of sexual abuse over the years.

Laura Monterrosa, a Salvadoran woman who was detained at the center while awaiting the outcome of her asylum case, claimed a guard abused her, but an ICE investigation found no proof.

Immigration advocates from groups like Grassroots Leadership have been calling for the center's closure.

"The item on the Commissioners Court agenda tomorrow regarding T. Don Hutto is a contractual issue. I believe there is no reason for the county to continue to be a party to the contract, and the recommended termination period seems to give the federal government ample time to make whatever type of transition they deem fit. Immigration laws and policies are the federal government’s responsibility, not the county’s. "

On Monday, the Mexican American Legal Defense and Educational Fund sent the Department of Homeland Security a seven-page letter, demanding the agency reopen two sexual abuse investigations at the facility, including Monterrosa's, and conduct an audit to ensure compliance.

The letter can be read here.

The termination will go into effect on Jan. 31, 2019, according to the agenda item.