On Tuesday, the Williamson County Commissioners Court approved a flag policy that only allows the U.S. and Texas flags to fly on flag poles on county property. 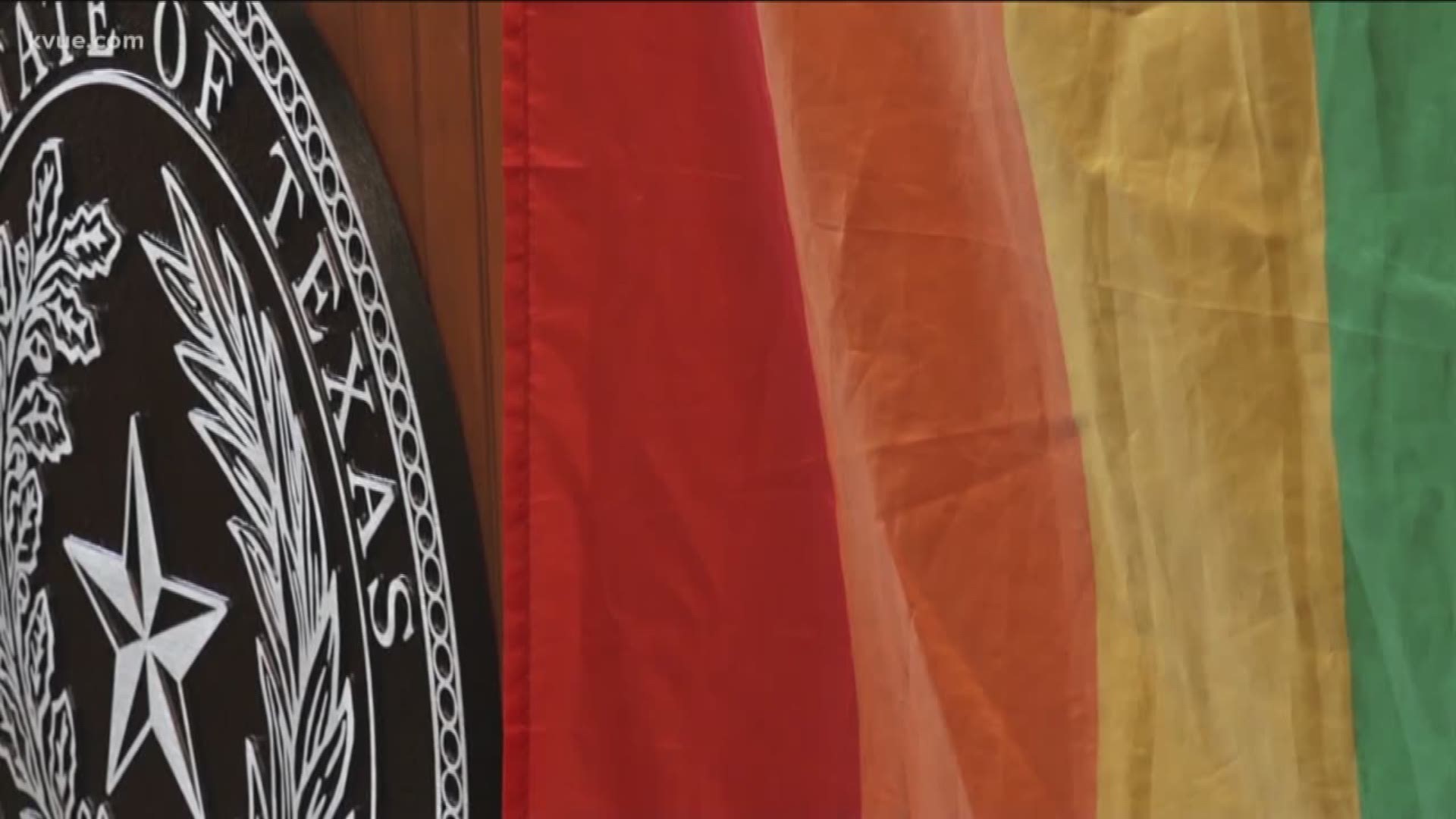 WILLIAMSON COUNTY, Texas — A feud broke out over a flag in Williamson County after two justices of the peace asked to fly the Pride flag and POW/MIA (prisoners of war/missing in action) flag in front of county buildings in Round Rock and Taylor.

On Tuesday afternoon, the Williamson County Commissioners Court unanimously approved a flag policy, but it only allows the U.S. and Texas flags to fly on flag poles on county property. The Williamson County flag can be flown if there is a third flag pole, the county said.

Judge Musselman said there was disappointment for the outcome.

"We thought that this would be an appropriate way to recognize these two underserved and traditionally marginalized communities," said Judge Musselman. "I think that, in Williamson County, we have unfortunately kind of a bad reputation when it comes to equality."

"I did not expect this kind of furor to explode and go viral," said Judge Hackenberg.

June is the national month for LGBTQ+ pride, and the judges are seeking to publicly display a sign of their commitment to ensure that justice is applied to all constituents regardless of gender identity and sexual orientation.

But the issue has been controversial in Williamson County because of the idea of flying the Pride flag and a POW/MIA flag outside county property.

"The idea is to recognize their humanity, their sacrifice and their struggle for equal rights and to be treated fairly," said Hackenberg.

"Symbols are important. The Pride and POW/MIA flags are widely recognized symbols of underserved and marginalized communities in our country," said Justice of the Peace Musselman. "We can send a signal that everyone should expect equal access to justice and fair treatment from their Williamson County government."

This topic of discussion has caused a buzz on social media.

"It’s important as an elected official to take in feedback on where our constituents stand on issues that arise in the county," said County Judge Bill Gravell. "I am using Twitter and Facebook to poll the public on this issue as this is a quick way to obtain thoughts and feedback from constituents."

"I look forward to a robust conversation on Tuesday at the Commissioners Court meeting about this issue," Gravell said in a statement to KVUE before the decision.

"I think it should be the U.S. flag and the Texas flag, and that's it," said Ruby Trevino, who lives in Williamson County.

Trevino does not think flying the Pride flag and POW/MIA flag is a good idea.

"Of course I respect them but I think there are certain things that need to stay to themselves," she said.

"This is not intended to mandate the entire county to fly the flags," said Hackenburg.

The idea is to allow judges like her to be able to decide if they want to fly the flags, she said.

This year is a historic year for members of the LGBTQ+ community – 2019 marks the 50th anniversary of the Stonewall riots in New York, in which members of the gay community rioted against police who conducted anti-gay raids.

The rainbow flag, also known as the Pride flag, was created in 1978 by San Francisco artist Gilbert Baker, and is an iconic symbol of the gay community. Today it is globally recognized as a symbol to further the movement towards equal rights for all, regardless of gender identity and sexual orientation.

The POW/MIA flag would be flown during the week of Veteran's Day, the federal holiday honoring military veterans who have served in the U.S. armed forces.

"We want to demonstrate our respect to those soldiers who have not returned from war, who were captured and held prisoner during combat, and their comrades in arms who are honored members of our communities," said Hackenberg.

Both flags were not expected to be paid for with taxpayer money. They would have been paid for by private entities.

Hackenberg said all she wants is for all people to finally be recognized.

"If they say no, we will have the flags inside the courtroom," said Hackenberg. "There's no rules for decorations of any kind."

If it was approved by county commissioners, each judge would have been given the opportunity to decide if the flags go up.