Who's behind the clever TxDOT signs?

Behind the clever TxDOT signs are eight employees. 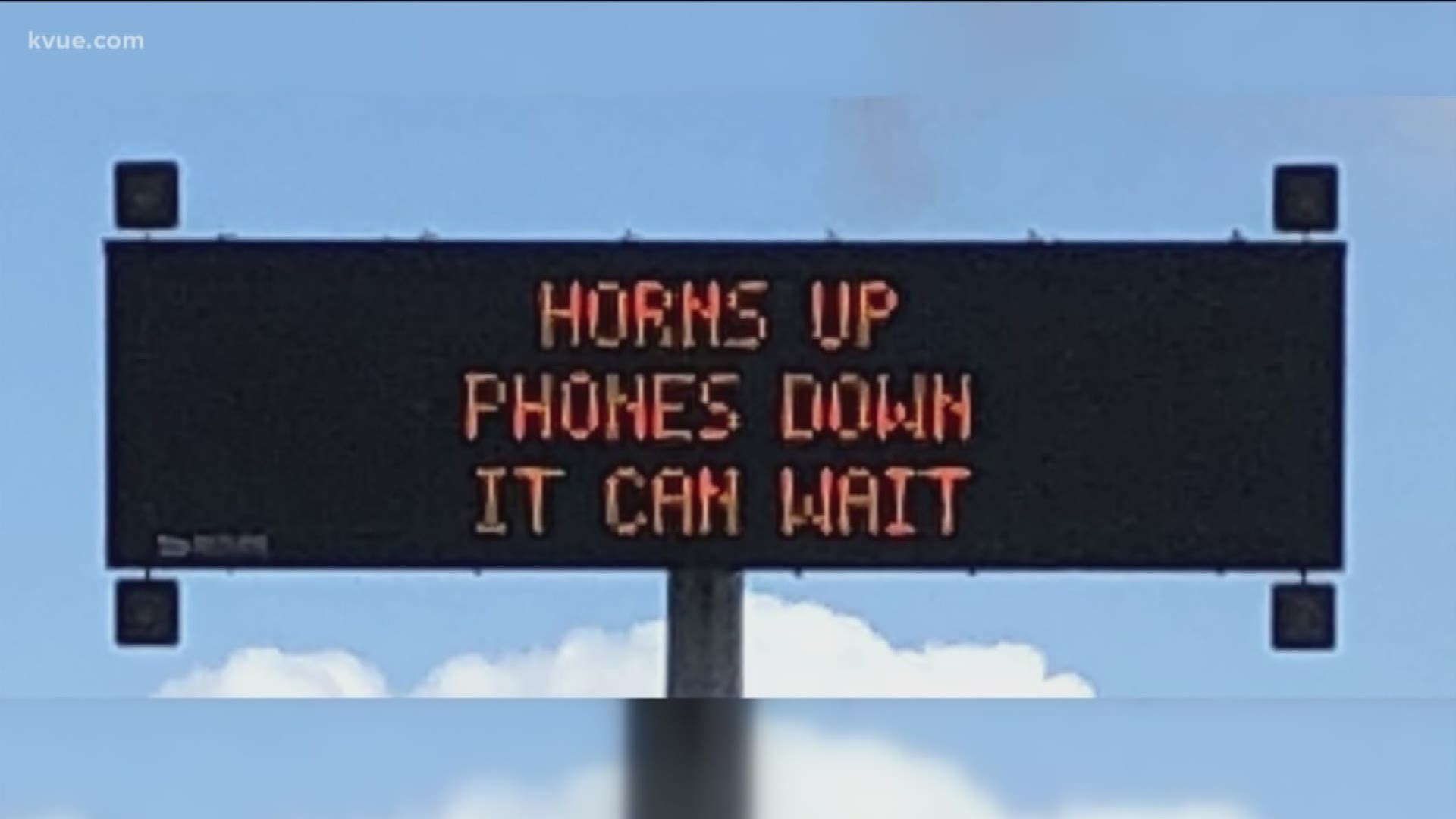 But when you're on the road, have you ever looked at one of those signs that say how long until your destination or what construction is coming up? They're not always so plain and simple.

'Gobble gobble go easy on the throttle': TxDOT reminds drivers to be safe this Thanksgiving

"And we started seeing what other department of transportations were doing and we thought why don't we do something fun too and creative," said Hannah Dehoyos, who works for TxDOT. "Some fun slogans, some catchy slogans."

Every fun sign can go on one of the 1,100 signs statewide, as long as they don't have something important on them already.

Especially around Holidays, they find clever ones for all the people on the road. Some of the first were sports-related like 'Horns up Phones down It can wait' or 'Gigem now call em later.'

But some of Dehoyos' favorite are the holiday ones like, "Hocus Pocus Drive with focus' and 'Only Rudolph should drive lit.'

Behind the clever signs are eight TxDOT employees.

"And they started writing messages, some of them are from social media some are suggestions from people just the public," said Dehoyos.

Just one way that the people trying to keep you safe, are trying to get your attention.

"So it's fun but it's also important messages," she said.