It was an arrival like no other – a sleek Concorde jet landing at what was once known as Bergstrom Air Force Base. 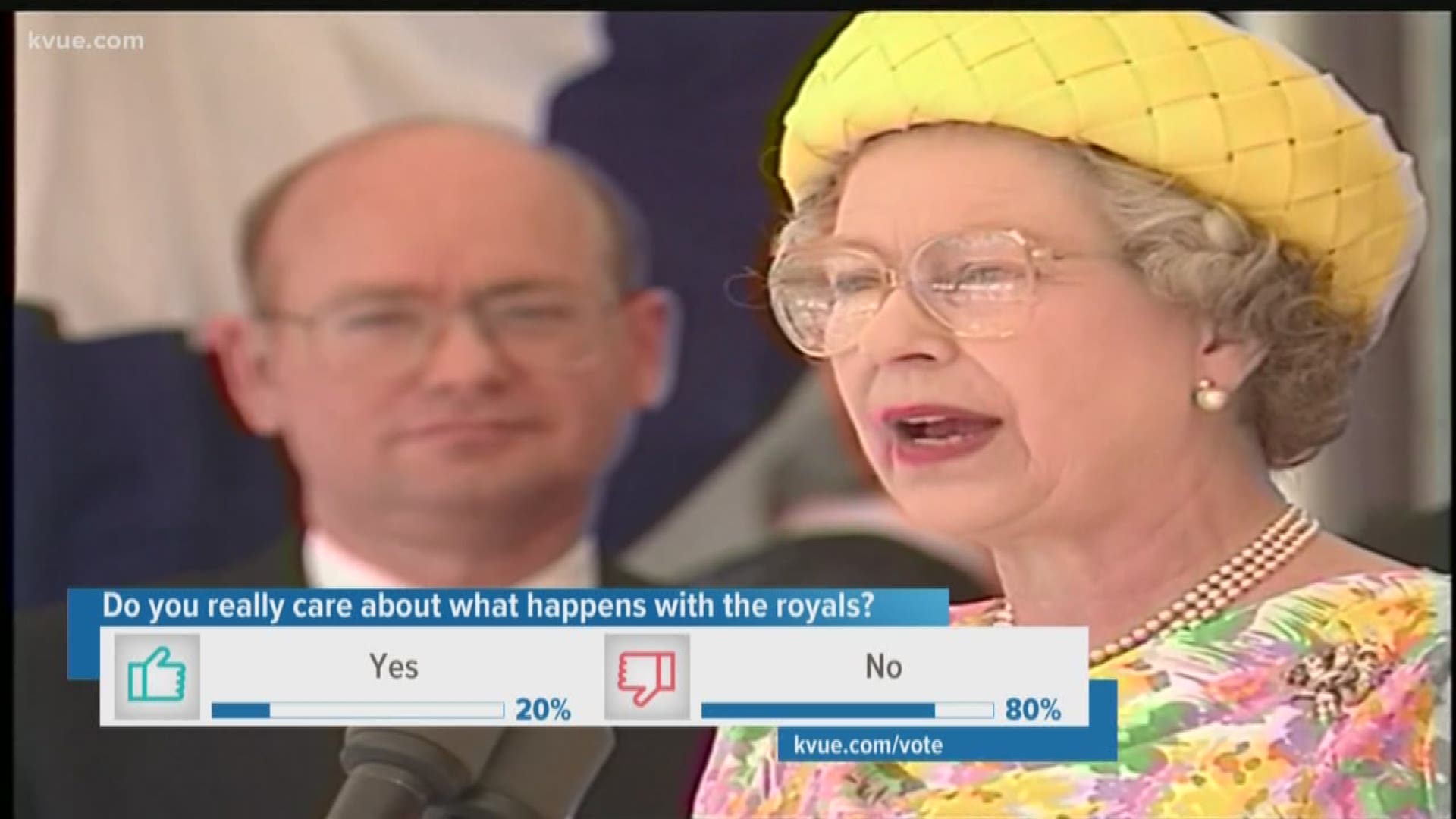 AUSTIN, Texas — There was a time when royalty came to Austin.

It was an arrival like no other – a sleek Concorde jet landing at what was once known as Bergstrom Air Force Base.

In 1991, for the first time in history, a Queen of England – Queen Elizabeth II – visited Texas.

It was a whirlwind trip – Austin, San Antonio, Dallas and Houston, all in a quick two days. But it was enough time for the Queen to visit the State Capitol as 8,000 people gathered outside on a 90-degree day to catch a peek at royalty.

The Queen addressed the crowd:

“One-hundred-and-fifty years ago, the British Counsel in Texas reported to our foreign office that Texans are rough and wild, but their consistency and courage are admirable.”

Later that day, there was an invitation-only dinner at the LBJ Library on the University of Texas campus.

In and out of Austin quickly, it was just long enough for Austinites to take a break from their lives and enjoy that magical day nearly 30 years ago.

You can get married or renew your vows at Whataburger