Local pecan farmers were hit hard by fall rains this year, and they're expecting a dramatic drop in pecan production. 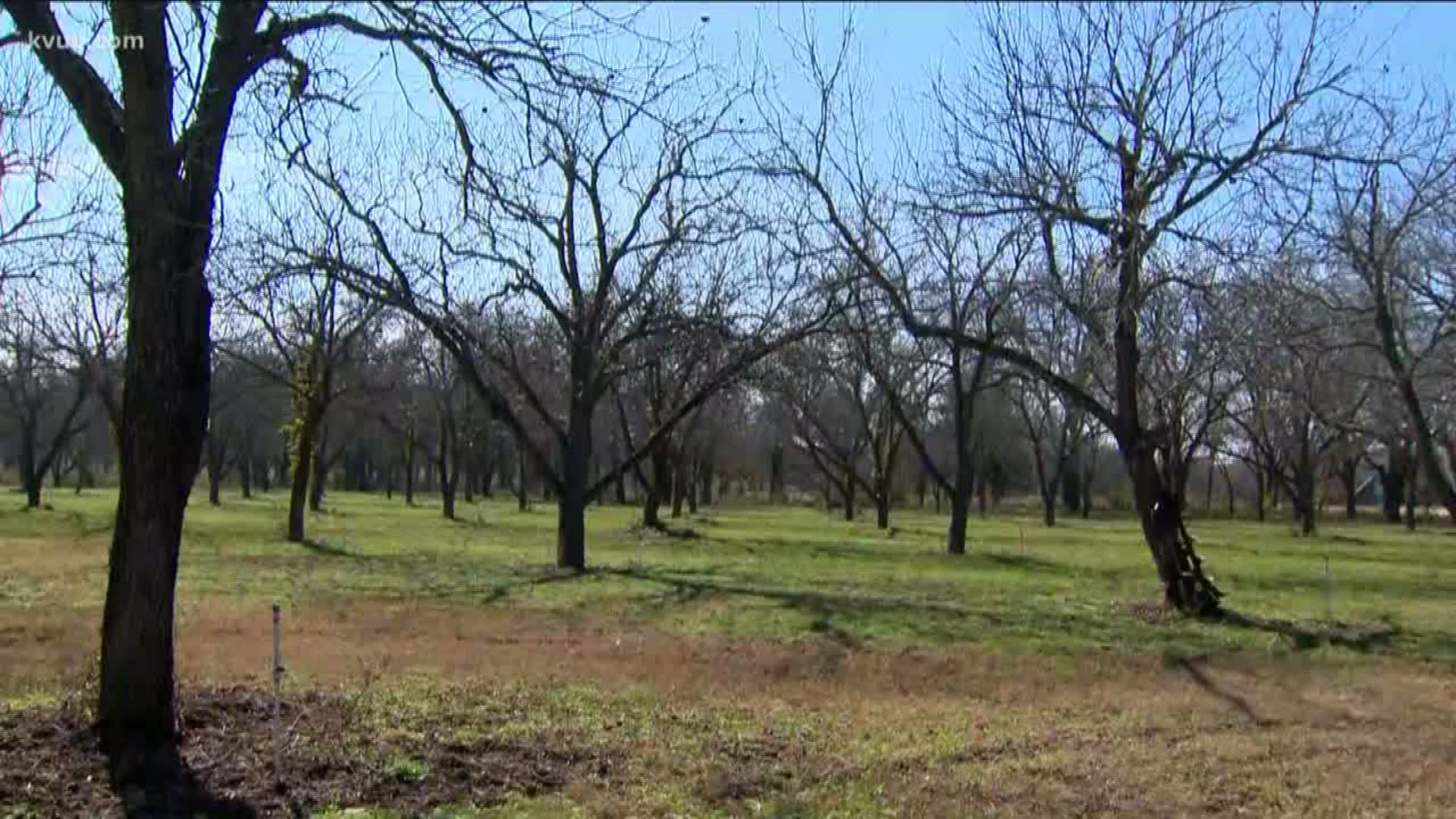 ELGIN, Texas — As you make your pecan pie for Thanksgiving, you probably don't think about where those nuts are coming from. While Central Texas farmers typically produce thousands of pounds of pecans, this year is a different story.

"Started out as being one of the best pecan crops Texas was ever going to have," said Gene Niswander, the owner of Yegua Creek Farms, a pecan orchard just outside of Elgin.

Instead of a record year for Texas pecan production, many farmers got a washout.

How to make a tasty toffee pecan caramel pound cake

"We've had more fall rain than I've ever seen in this orchard," said Niswander.

Gene Niswander has been running the pecan orchard for about 12 years.

"That's not the color that you want," said Niswander.

His orchard should produce about 60,000 pounds of pecans. But this year, he thinks he'll only get about 4,000.

"It is a financial disaster," said Niswander.

According to Niswander, experts predicted Texas farmers would produce about 80 million pounds of pecans this year. Now he says they'll be lucky to get 30 million, and says most of those will have to come from West Texas.

"The problem is significant to the Central Texas area," said Niswander.

A problem that actually started months ago, when we didn't get enough summertime rain.

A time when pecan trees need more than half of their yearly water supply.

"Without the water, the kernels didn't form as fully as they should," said Niswander.

Then, we got too much rain in the fall.

"Those are the peak weeks and days for harvesting," said Niswander.

Not only does the rain knock pecans out of the trees, it saturates the ground, preventing farmers like Niswander from getting in harvesting equipment, and causes some of the pecans to sprout roots, get a disease, or rot.

"They can look black," said Niswander.

Not only do these pecan farmers have to deal with rain, but they've also had to combat insects and feral hogs. Niswander also said tariffs have caused problems, saying the Chinese market was about 30 percent of their buyers.

With all of this combined, Niswander said he doesn't think this will affect the retail price of pecans.

For now, Niswander said they still have plenty of fresh pecans, ready to become a tasty treat.

"We will survive because that's what farmers do," said Niswander.

We collected a few pecan recipes.

You can try this pie for Thanksgiving. Or this pecan bar. Or even this praline.

What's your favorite pecan recipe? Be sure to post on social media and tag KVUE.