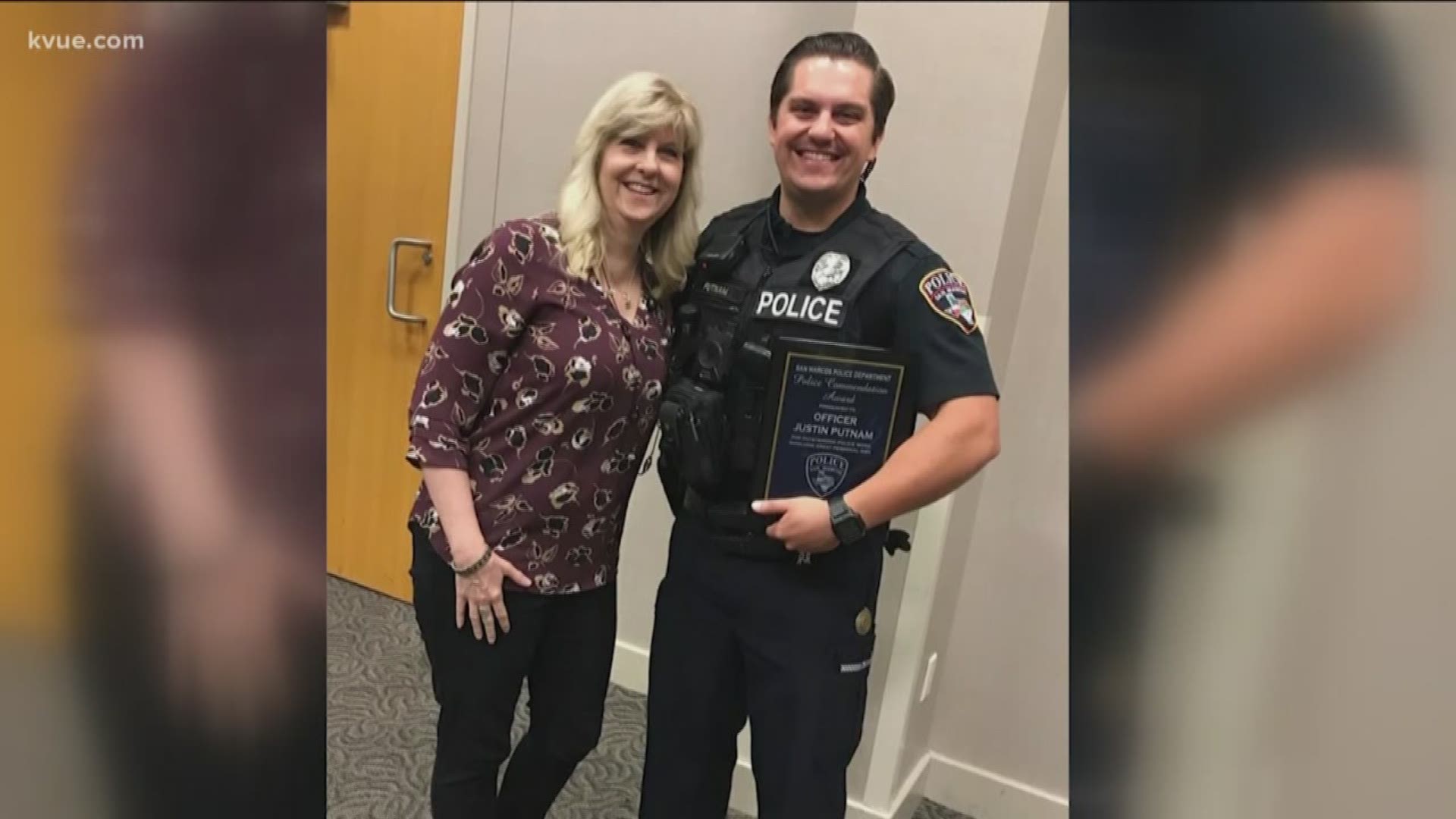 SAN MARCOS, Texas — No matter how much and how fast it grows, the City of San Marcos will always have a small-town feel.

"San Marcos is still a small town in a lot of ways. Most people know many of our police officers. They consider them friends ... they live next door to them," said San Marcos Mayor Jane Hughson.

On Sunday morning, Hughson joined the San Marcos Police Department to release more information regarding a deadly shooting incident that happened on Saturday night. The incident resulted in the death of San Marcos Police Officer Justin Putnam, and sent Officers Franco Stewart and Justin Mueller to the hospital.

Hughson said this isn't the first time a San Marcos officer has been killed or injured in the line of duty.

"It will be three years in December when Kenneth Copeland was killed in the line of duty and that was our first ever and that hit us really really hard," said Hughson. "Plus we've had the injuries of two police officers in the interim, quite serious injuries, so it's been a lot to take in, in the past two and a half years."

As for Officer Justin Putnam, Hughson said he will always be remembered as a hero. She said after Putnam graduated from Texas State, he could've moved to any other city but he chose to stay in San Marcos to be an officer.

"That right there, shows me how much he cared about this community," said Hughson.

Police: At least 10 killed in shooting rampage in Canada

Glance at plans sports leagues have made to resume play