This is the second alleged act of vandalism at the mosque during the month of September. 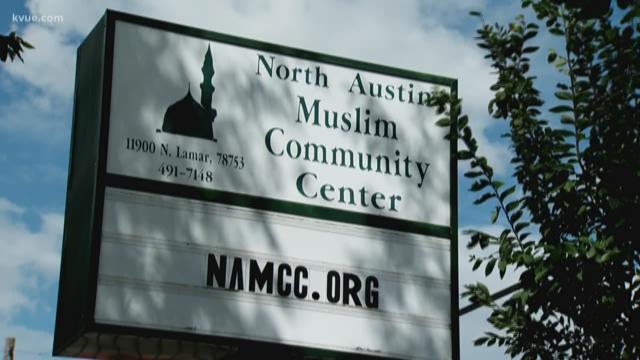 AUSTIN — The North Austin Muslim Community Center reported that their place of worship was vandalized again. Members said someone damaged the center, as well as vehicles on the property.

The Austin Police Department told KVUE that they received a call for criminal mischief at the mosque at 1:51 a.m. on Thursday. Authorities said they could not confirm the details the NAMCC provided but said that they had not arrested anyone connected to the alleged crime.

It comes less than two weeks after someone tried to break into the mosque overnight and caused thousands of dollars in damages. Despite an increase in security at the North Austin Community Muslim Center, members said someone damaged part of a fence and slashed tires on multiple vans early Thursday morning.

“A person may say that these are just some tires, it's no big deal, but it's the actual intentionality and invasion of our sacred space that a person would perpetrate such an action,” said Islam Mossaad, the center's Imam.

Mossaad said he doesn't believe this was a random attack.

“This is property damage, vandalism, but [we] assume it's also a hate crime,” said Mossaad.

Member said this series of incidents is troubling.

Austin police are investigating and doing their part in hopes of catching the person behind it all. As for those at the center, they're not letting another incident keep them from moving forward.

The Imam said a security guard on the property saw the suspect run off. There is also security footage from both incidents and members hope that will help police catch the person behind these attacks.

According to representatives at the NAMCC, it's the largest mosque in Central Texas with over 1,000 worshipers.

RELATED: Members repair damage to Muslim center in North Austin after being vandalized

In response to the alleged second act of vandalism at their worship place, NAMCC said this in a statement:

"Islam teaches us to be steadfast and persevering for peace and harmony. Even though some may harbor and sometimes express hate towards Islam and Muslims, we will continue to worship God and serve the Austin community through our outreach programs, free clinic and food pantry. We will continue to grow our services to benefit all of humankind."

On Sept. 6 KVUE reported that someone broke two doors and windows at the mosque during the morning of Sept. 2. Photos showcased shattered glass at the front and side entrances, and NAMCC officials told KVUE that it cost them thousands of dollars to repair. Previously, members told KVUE they were looking into investing in better security cameras and creating a security team to monitor the building at night.