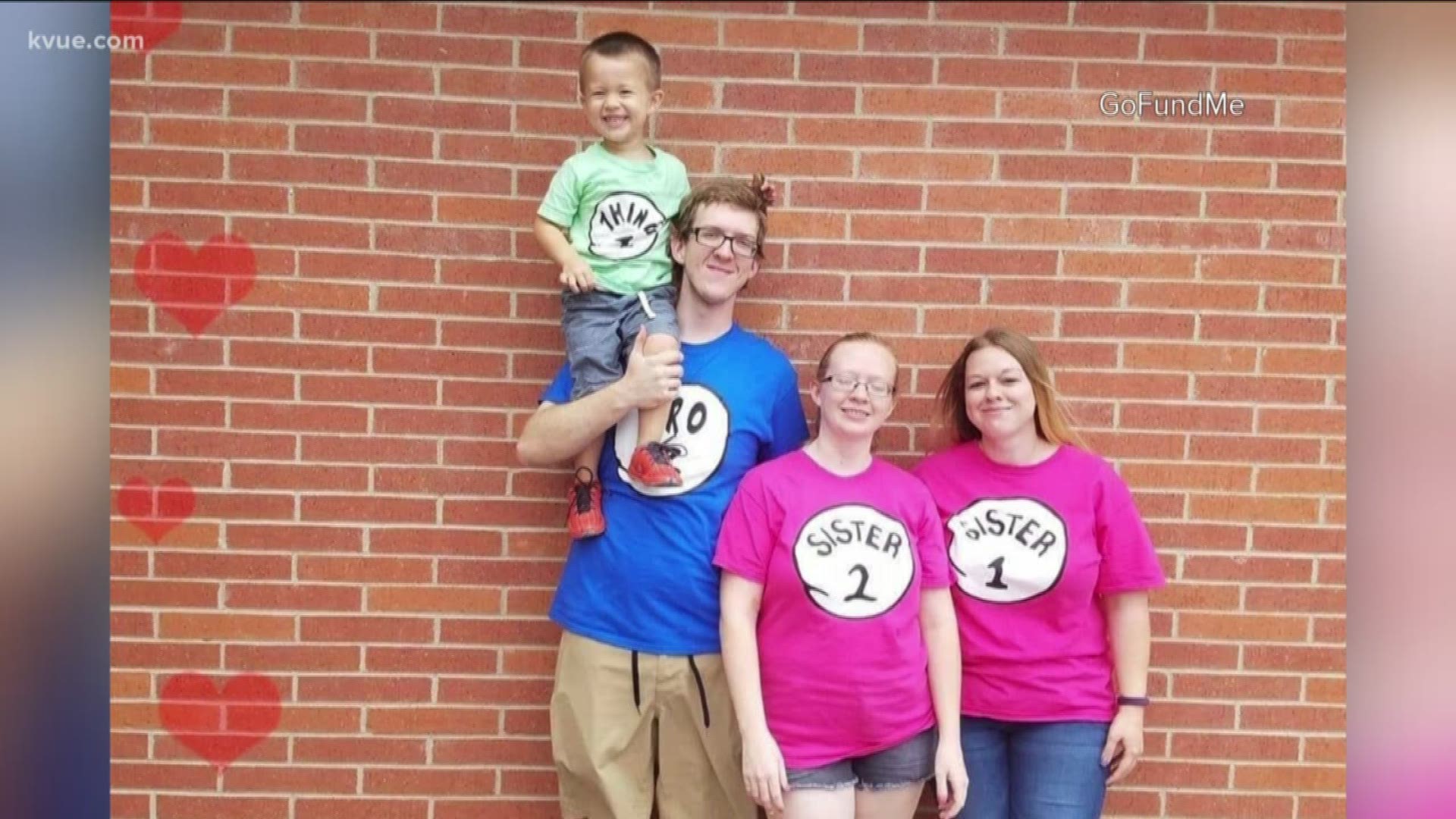 HAYS COUNTY, Texas — A Hays County constable involved in a crash that killed a mother riding a motor scooter on Sunday has thanked the victim's family for their support after the tragedy.

The crash happened at about 7:10 p.m. on CR 140 and Post Road, just about one mile north of San Marcos. It involved a motor scooter and a Dodge truck that was pulling a flatbed trailer. Hays County Constable David Peterson was driving the truck.

According to the Texas Department of Public Safety, the mother was driving the motor scooter going north on Post Road when she crossed a double yellow line in a no-passing lane. She then reportedly hit Peterson's trailer.

DPS identified her as 31-year-old Sarah Gee, who died as a result of the crash.

One dead, another injured in southeast Austin crash

Peterson said he immediately called 911, then started CPR on the driver with the help of others and cooperated fully with the investigation when police arrived.

"I want to thank the family of Sarah for their support and for comforting me as we prayed together, because they could tell I was deeply saddened by this tragedy," said Peterson. "A parent should never have to bury their own child."

Peterson said he was confident he did everything possible to avoid the collision.

"I have read some news accounts that say I collided into the mini-motorcycle, and other false narratives," said Peterson. "That is not true. I urge you to let DPS finish their investigation."

Peterson asked the public to donate to a GoFundMe page set up by Sarah's sister, Amy Gee.

According to that page, Sarah had a 5-year-old son. The money raised will fund her funeral and help support her son, Amy said. On the page, Amy added that Sarah lost her life in a "mini bike" accident and that she did not have a life insurance policy.

The coolest you should keep your house is 78 degrees, federal program recommends