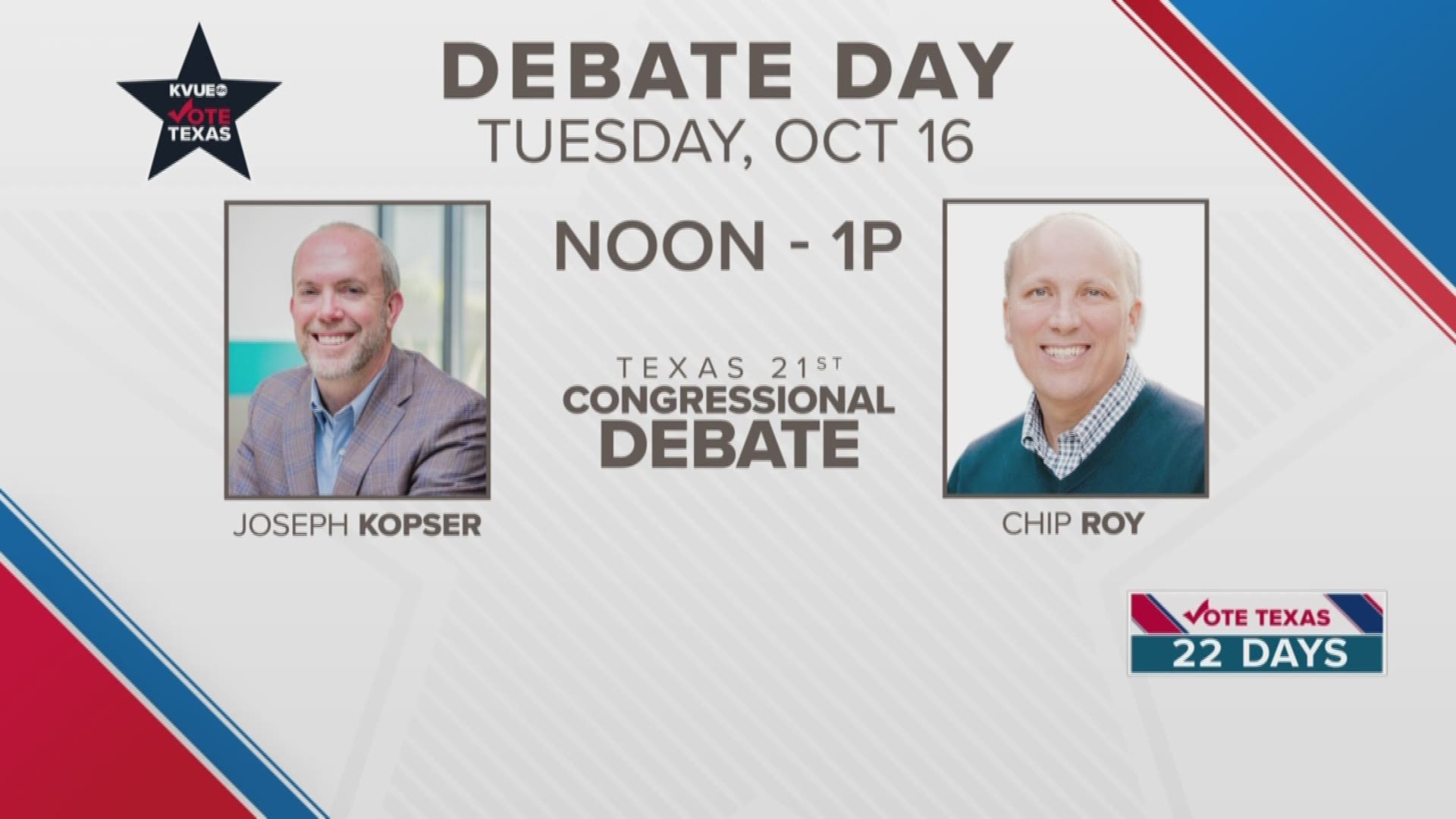 AUSTIN — On Tuesday, Oct. 16, Texas voters will have the opportunity to watch candidates in two important races face off. The candidates for U.S. Senate and U.S. House District 21 will debate.

KVUE will broadcast both debates live on air and online.

Here is what you need to know about each debate.

KVUE News is partnering with the Greater Austin Chamber of Commerce, San Marcos Area Chamber of Commerce and Google Fiber to host a debate between Democrat Joseph Kopser and Republican Chip Roy, candidates for the U.S. House of Representatives District 21. The debate is taking place at the Google Fiber Space located at 201 Colorado Street from noon to 1 p.m.

The debate is free to attend and open to the public. Unfortunately, there are no remaining general admission tickets for the debate. But the debate will air live on KVUE or you can watch it on KVUE.com, KVUE's Facebook page, KVUE's YouTube Channel and KVUE's Twitter.

Ted Cruz and Beto O'Rourke face off in Senate debate

Starting at 8 p.m., "The Texas Debate" will air on all Texas TEGNA stations. It will mark the last scheduled debate between the Republican Senator and Democratic Representative. 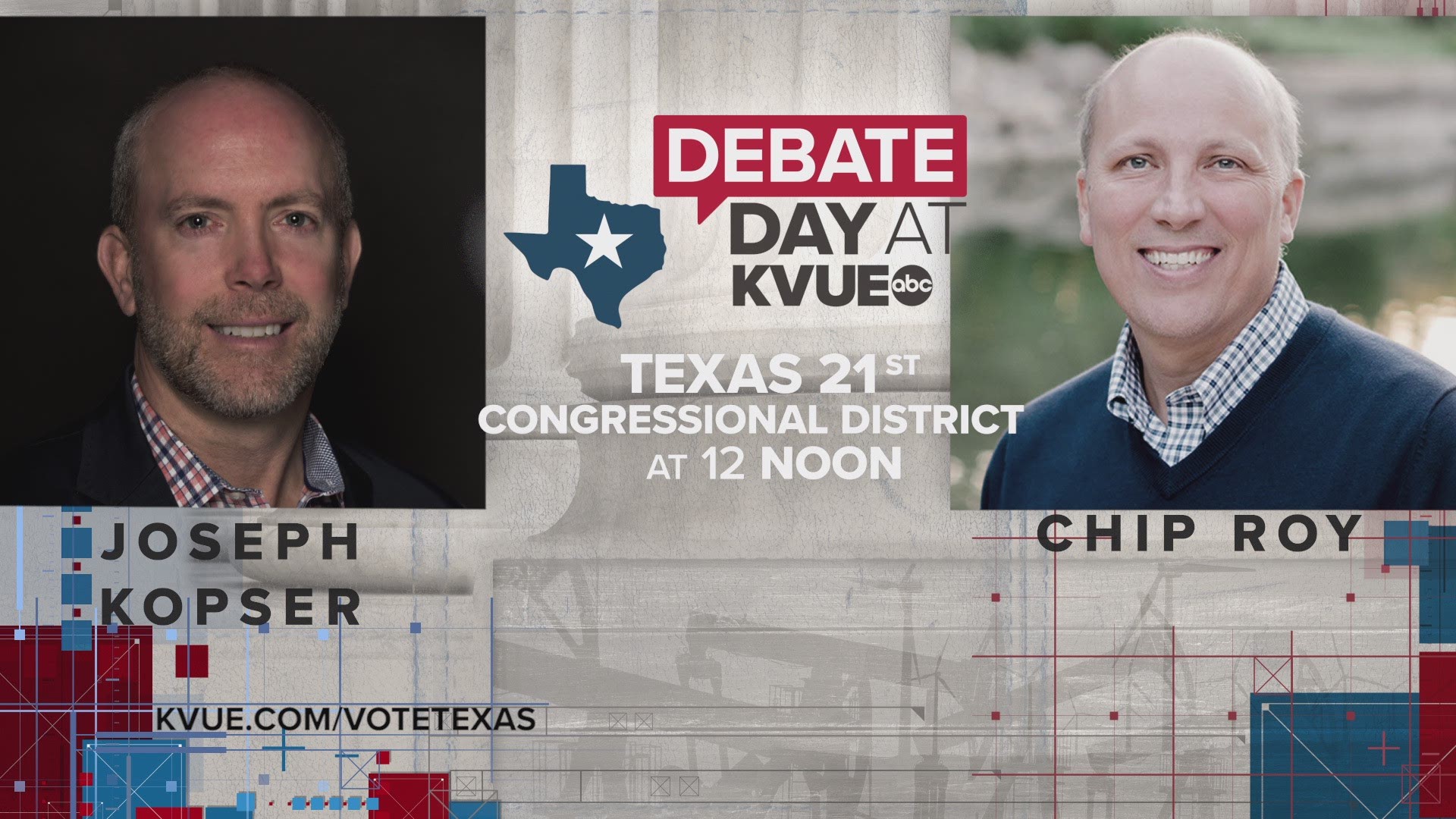