On Thursday, SXSW announced its partnership with Amazon Prime Video, which will host its film festival collection on the company's streaming platform. 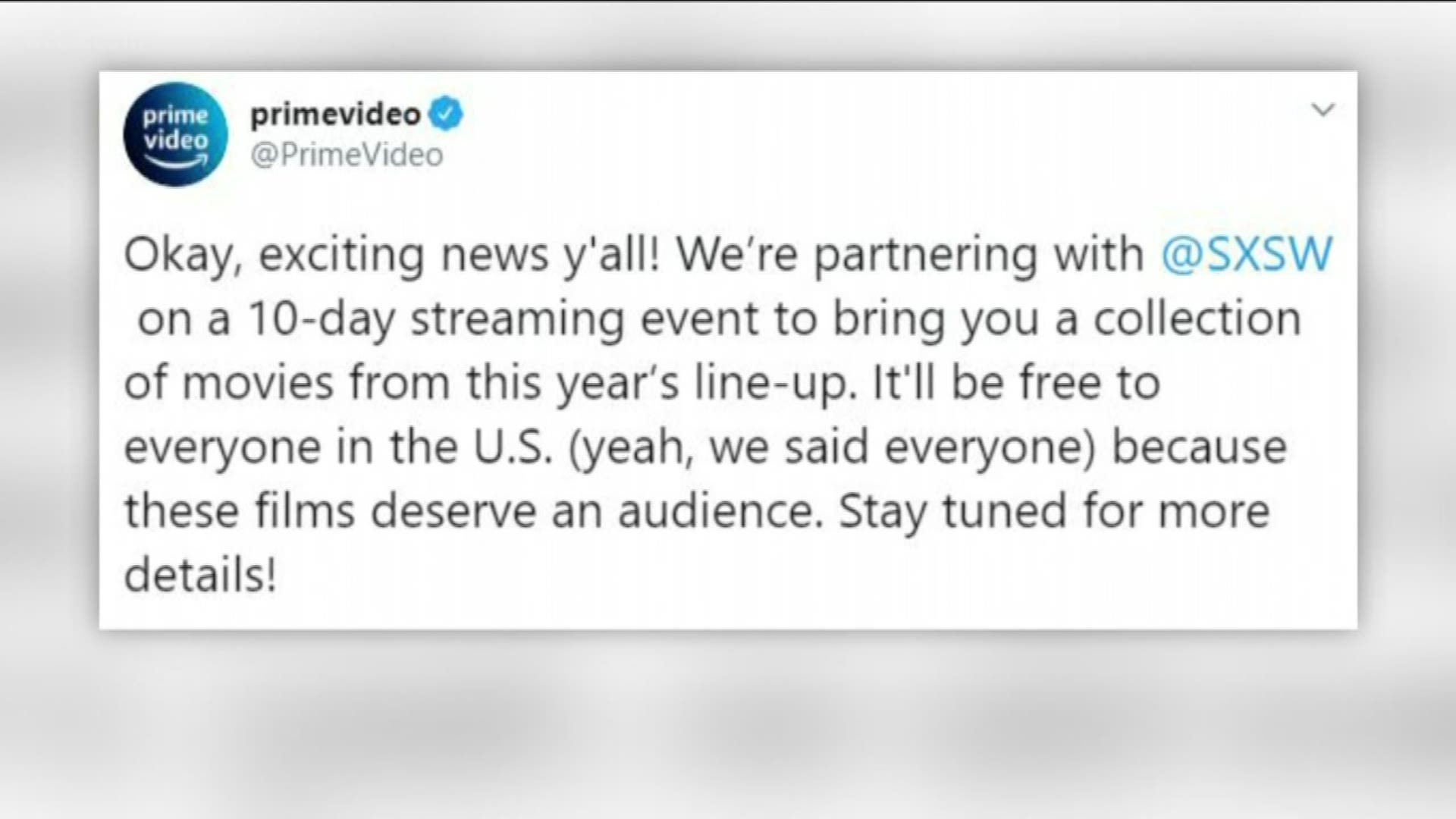 AUSTIN, Texas — After the historic cancellation of SXSW over coronavirus concerns, the festival's organizers have announced they have partnered with Amazon to premiere the films included in its 2020 SXSW Film Festival lineup.

As of Thursday, filmmakers could opt in to premiere their films on Amazon's streaming platform, Prime Video. Filmmakers will receive a screening fee, according to SXSW. The amount was not disclosed.

The 10-day online festival will be free for anyone to watch, as long as you have a free Amazon account. The collection is expected to launch in late April.

RELATED: Co-founder of SXSW says he is devastated by festival's cancellation

“Ever since SXSW was canceled by the City of Austin, we’ve been focused on how we could help the incredible films and filmmakers in the SXSW 2020 Film Festival lineup,” SXSW director of film Janet Pierson said in a press release. “We were delighted when Amazon Prime Video offered to host an online film festival, and jumped at the opportunity to connect their audiences to our filmmakers. We’re inspired by the adaptability and resilience of the film community as it searches for creative solutions in this unprecedented crisis.”