The man was reportedly walking around erratically before he fell backward on the street. 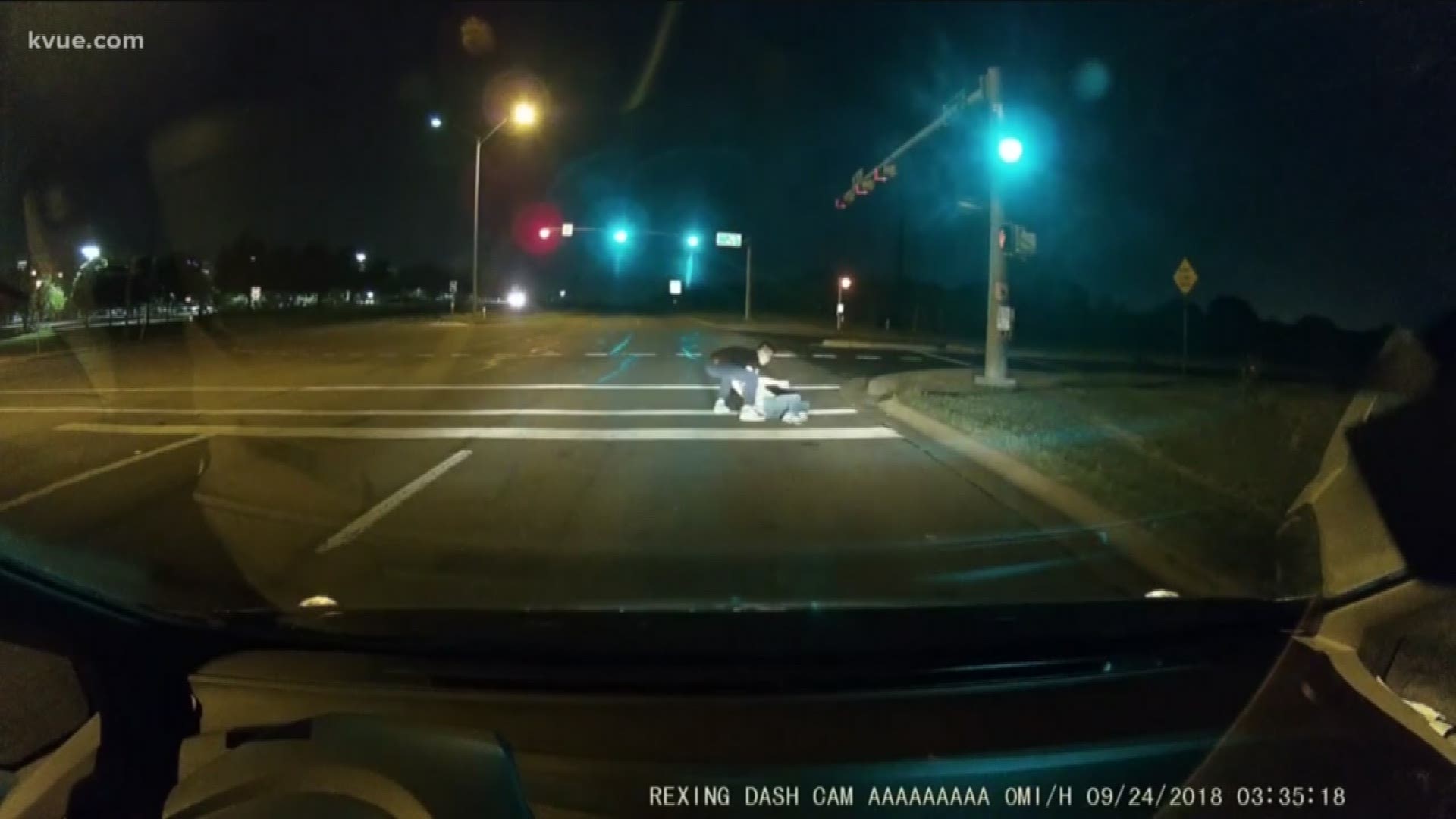 AUSTIN, Texas — A man is lucky to be alive after a Good Samaritan picked him up from the road after he fell Thursday around 1 a.m.

David Dao was driving on Parmer Lane near Tech Ridge Boulevard, coming back from a friend’s show Thursday morning, when he saw a man walking erratically at the intersection.

He drove past the man at first but kept watching him in his rearview mirror.

Dao then turned around when he saw the man fall on the road. He helped the man out of the street, gave him water and cleaned him up.

"I could not imagine somebody going 70 and either swerving away or maybe just hitting him,” Dao said. “The only thing that went through my mind was I need to save – I need to help this guy."

Dao told KVUE the man was bleeding, likely from the fall.

"It was really dark,” Dao said. “I couldn't see where the blood was coming from."

Dao said police and EMS arrived a few minutes after he pulled over.

The man was taken to the sobering center downtown to get help.

"He kind of fit into the line,” Dao said. “It looked like he was part of the road. I just had to go and help him out."

Dao could have kept driving and just called APD.

“I did see him fall backwards,” Dao said. “And he hit the floor. And he was pretty much lifeless. My mind was just going, 'no cannot let this guy be on the floor off of Parmer.'"

He may have put his own life in danger, but he decided to risk it.