Voters turning out in record-setting numbers in Austin area, across Texas this 2018 election

Voters are breaking records across Texas and the Austin area this election. 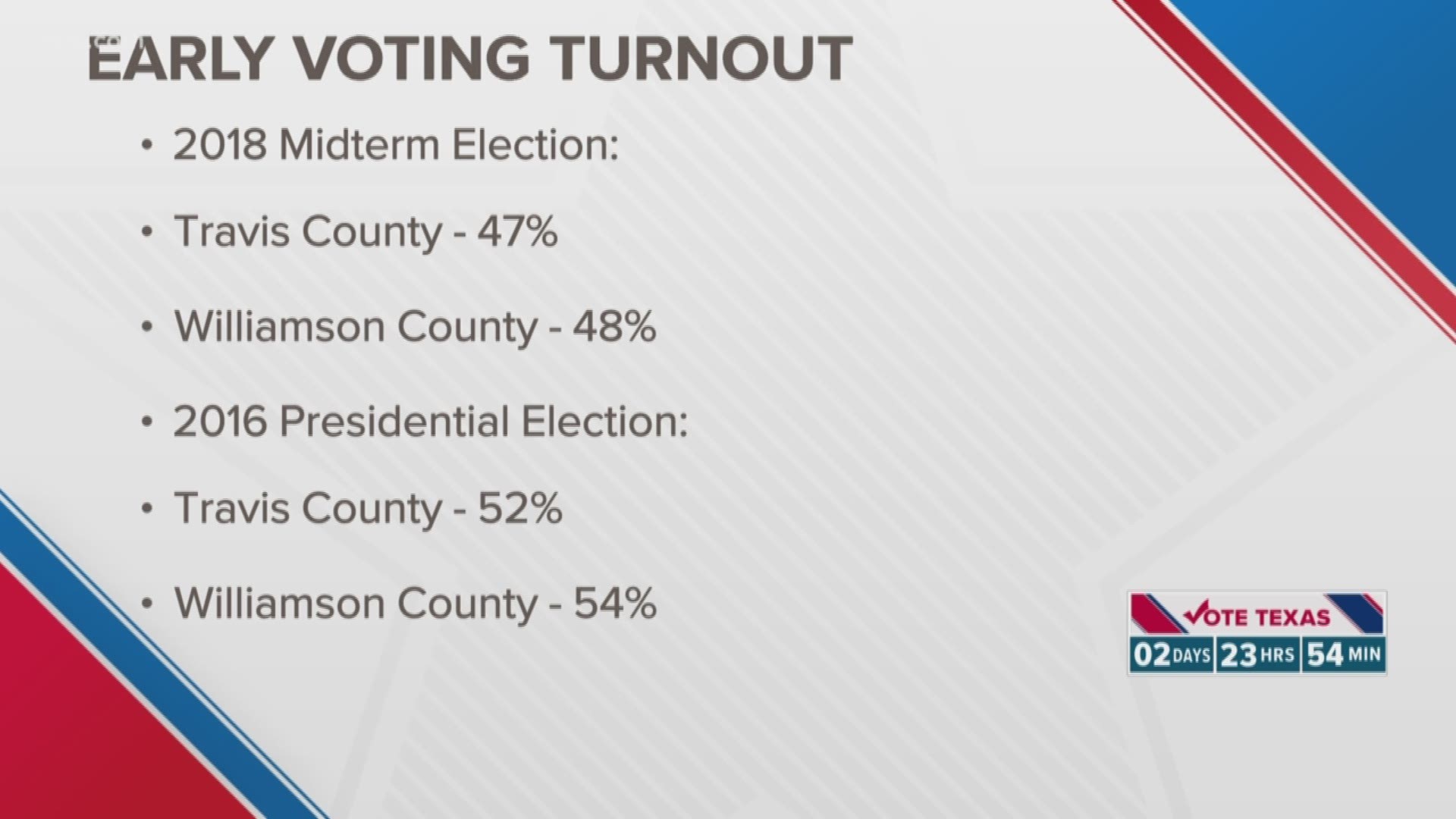 TEXAS — Across the state of Texas, voting numbers are up, and the tight senate race may be driving turnout. Records have been set in every major county, including Travis County, according to the Texas Secretary of State. Dallas, Tarrant and Bexar counties have also seen record-breaking turnout this election.

If you didn't cast your ballot during early voting, you have to wait to vote until Election Day, Nov. 6.