Uber announced it is sending 180 food trucks nationwide, including in Austin, to hand out free food to voters waiting to cast their votes. 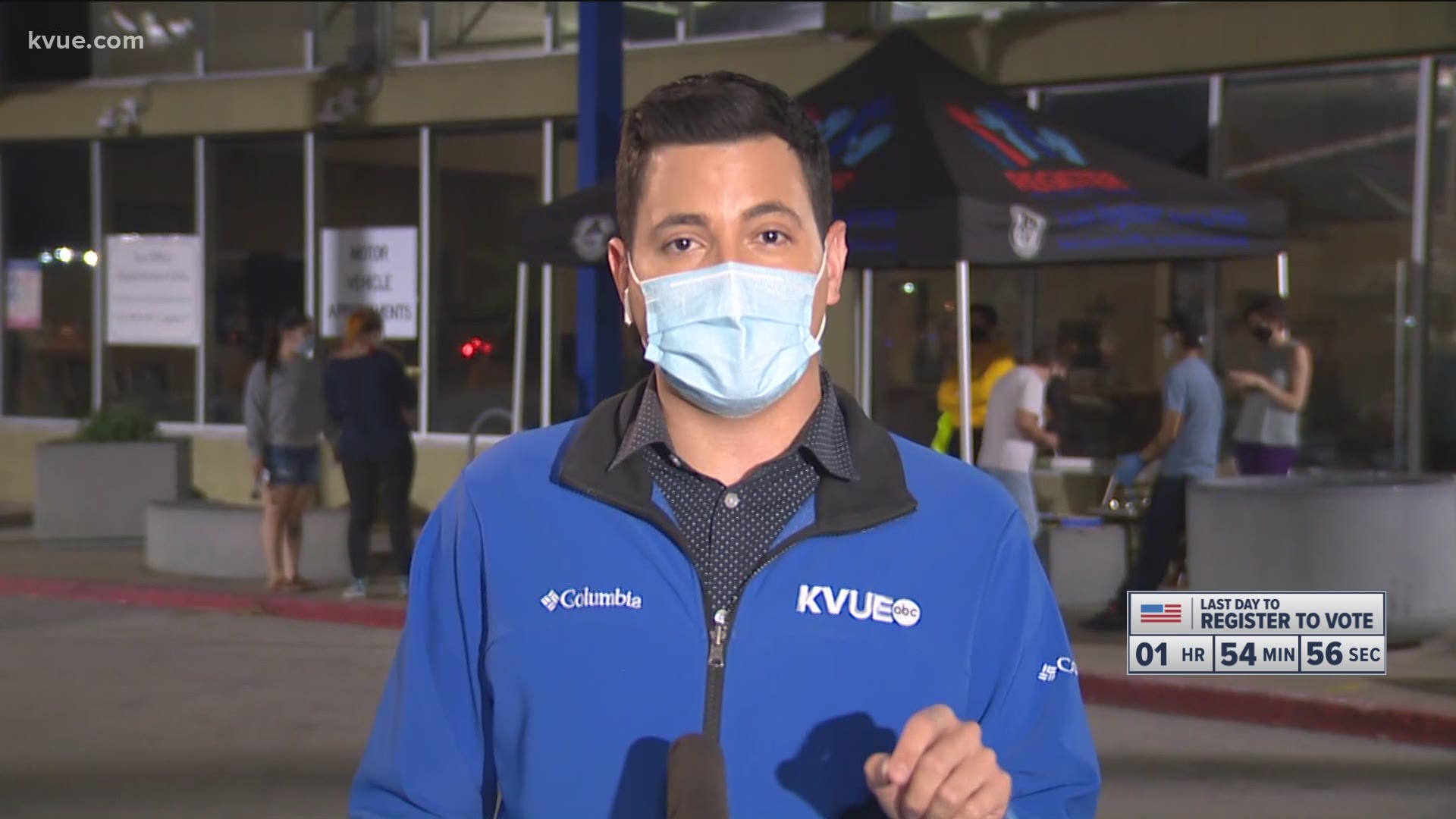 AUSTIN, Texas — Worried about getting hangry while waiting to vote on Election Day?

Fear not, Uber Eats has you covered.

Uber Eats announced Monday it has partnered with Pizza to the Polls to deploy a fleet of more than 180 food trucks in 25 cities nationwide to deliver free food, including in Austin and Houston.

According to Uber, the food trucks will be giving out free Shake Shack, Milk Bar and local favorites while playing music and celebrating civic engagement.

“As we look ahead to this year’s election, we are committed to doing our part to make sure every citizen has access to vote,” Uber’s CEO Dara Khosrowshahi said. “We hope that by giving people the ability to easily register to vote, request an absentee ballot and get to the polls via the Uber and Uber Eats apps, independent workers – and everyone who uses our platform – will have a stronger voice in our democracy. And in addition to providing resources on the Uber and Uber Eats platforms to help individuals register to vote and get to the polls, we are proud to announce that we are also giving employees the day off, feeding people in line to vote, and looking into other ways to unite the communities we serve on Election Day.”

Uber is also offering in-app poll finding and discounted rides to the polls. Voters can utilize the app's poll finding feature and take 50% off round trip rides – up to $7 each trip or up to $14 for the two trips, according to Uber. The deal also applies to bikes and scooters, Uber said.

“Pizza to the Polls is psyched to team up with Uber Eats to deliver some tasty treats to voters waiting to cast a ballot,” said Scott Duncombe, co-founder of Pizza to the Polls. “We know waiting in line is difficult – so we’ll deliver snacks to make it better.”

WATCH: Elections: Neighbors on opposing sides of politics show love can still live between them

President Trump back at White House, remains infected with coronavirus