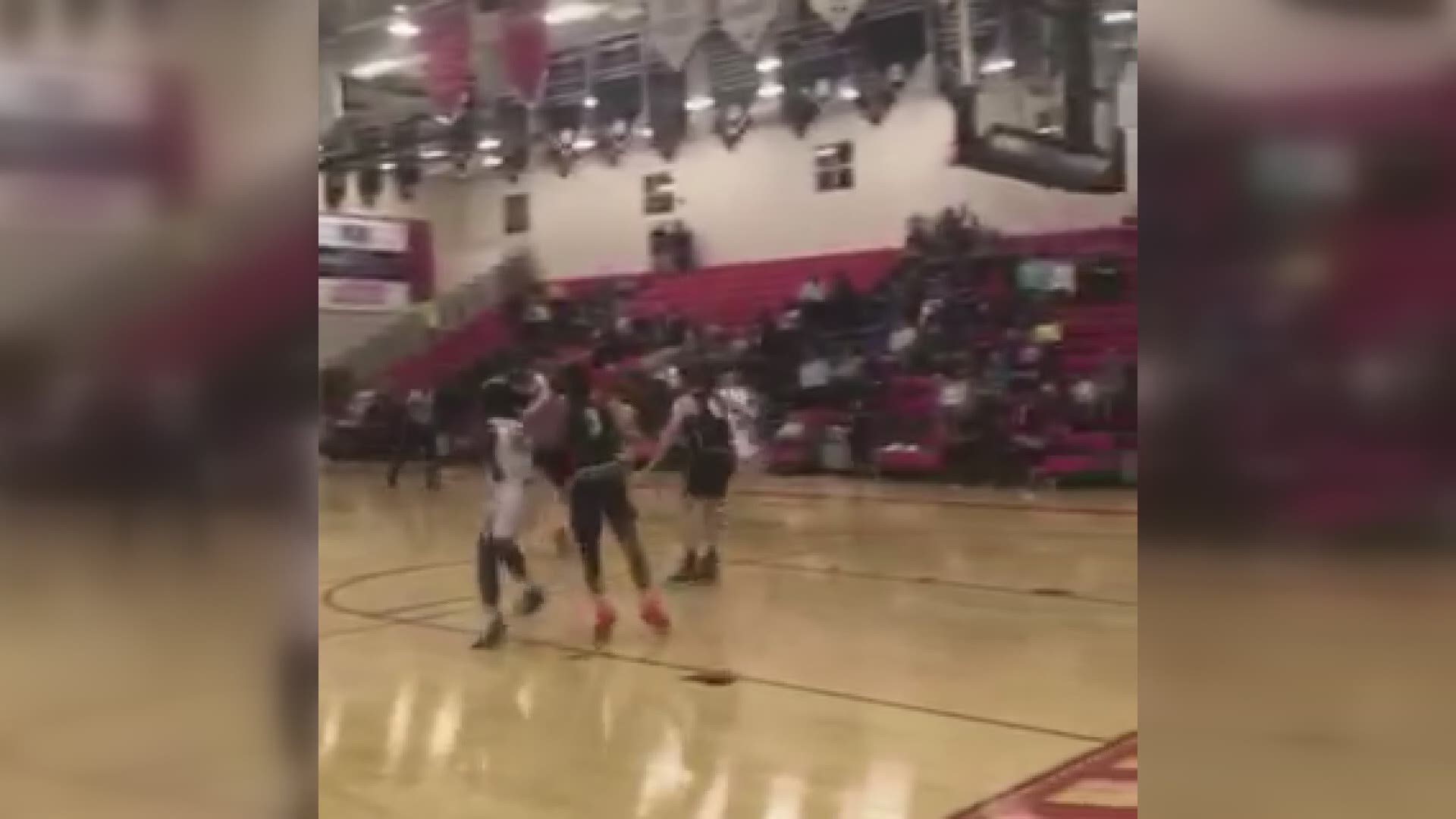 CEDAR PARK, Texas — A Vista Ridge High School student is still making an impact in the community a year after his passing.

On Tuesday night, the Vista Ridge High School gym was packed. Senior Grant Moyer said it usually isn't for basketball games, but it was a special night honoring his best friend.

"It was really important because it was kind of like we were doing it for him," he said.

Tuesday was the one-year anniversary of Myles Hutcheson's death.

"Aw, it was crazy. That was the biggest, most exciting game I've ever played in or ever been a part of," Filer said.

'When I grow up, I hope to be just like Myles': Friends, family remember Cedar Park teen

"I miss him a lot. Words can't describe how much I miss him," he said.

So do a lot of other people because, at the end of the game, the crowd started chanting "LLM." That stands for Love Like Myles. Hundreds of people chanted for a minute straight.

"The whole gym was rumbling and it was just 'LLM, LLM.' It was crazy," Filer said.

These three letters are now on the gym floor. Moyer explained what they mean.

Friends wanted to commemorate Hutcheson for the one-year anniversary and encourage action.

Jordan Geist is the student minister director at Northpoint Church, where Hutcheson attended. He and a group of students came up with the Love Like Myles campaign.

"He was an ordinary kid that just loved in an extraordinary way, so we wanted to create a space ... where people could voice that appreciation, that love, the things they notice in others that we usually don't notice in ourselves," Geist said.

Last year, Hutcheson passed away right before the Vista Ridge/McNeil game. It had to be postponed and Vista Ridge eventually lost, which makes Tuesday night's win against Rouse that much sweeter for the Rangers.

"It felt amazing, on a three-game win streak. Topped it off and we did for something bigger than basketball and life itself, which makes it 10 times better," Filer said.

Better because of Myles Hutcheson.

To learn more about the #LLM campaign, click here.