Col. Steve McCraw said investigators have identified people associated with Antifa involved with looting a Target store in Austin on May 31. 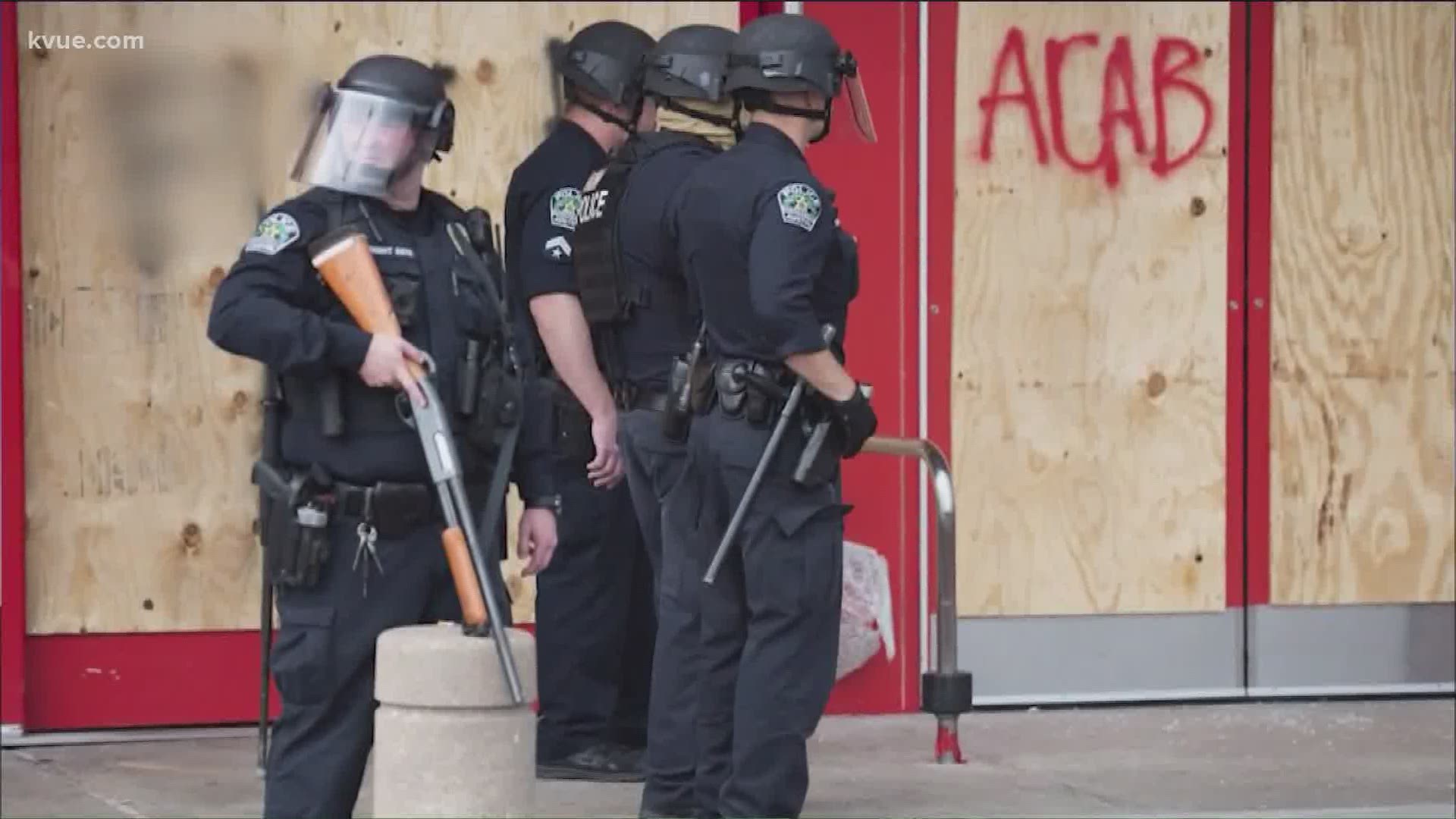 AUSTIN, Texas — On Tuesday, the director of the Texas Department of Public Safety said state police were investigating individuals and groups looking to exploit protests to commit violence and criminal acts, including those involved with looting a Target store in Austin on May 31.

Col. Steve McCraw said investigators have identified people associated with Antifa, the militant left-wing, anti-fascist political activist movement President Donald Trump said he plans to designate as a terrorist organization, though it is unclear he can do that.

“There are individuals that have been indicated that came from out of state,” said McCraw. “We’re even aware in terms of May 31 and the protest and looting of Target in Austin, that was done and organized by an Antifa web page, and the surveillance that was provided over the internet to identify where law enforcement resources were staged was done over Antifa accounts, so there’s no question that there is involvement by violent extremists trying to exploit these protests ... And keep in mind, Antifa, a loosely knit group ... there's not a hierarchy infrastructure, and so they self identify. And so it's the same people that you've seen before ... and they're more often involved in these counter protest, the same individuals that are involved right now, using this as an opportunity. They just can't help themselves to exploit this as much as they can."

Before the looting incident at Target at 5621 N. I-35 on Sunday, three Austin-area stores were closed, along with others nationwide. Those locations included the North Austin location, Saltillo and the UT campus store.

"We are heartbroken by the death of George Floyd and the pain it is causing communities across the country. At this time, we have made the decision to close a number of our stores. We anticipate most stores will be closed temporarily," Target said in a statement. "Our focus will remain on our team members’ safety and helping our community heal. We are providing our team members with direct communications updates regarding any store impact where they work. Additionally, team members impacted by store closures will be paid for up to 14 days of scheduled hours during store closures, including COVID-19 premium pay. They will also be able to work at other nearby Target locations."

Austin police have responded to a Target store, located at 5621 N. I-35 after police responded to reports of looting. Front doors now boarded up and graffitied, according to KVUE's @Bryce_Newberry.

McCraw added the majority of people who are protesting are doing it “for lawful reasons.”

“There is not a police officer in Texas who is not sickened by the murder of George Floyd,” McCraw said. “I can guarantee that.”

McCraw said it is also possible white supremacist groups have been involved in violence and criminal activities around protests, but authorities do not yet have enough evidence.

“We do have special agents embedded trying to identify criminals that are leveraging this, using this as an opportunity, exploiting these demonstrations, and identifying them, and we’ve already identified some of them, and we will be arresting,” McCraw said.

Antifa stands for "anti-fascist." Antifa groups are typically local organizations made up of left-leaning, anti-racist individuals who fight against neo-nazis and white supremacists.

But there's generally no national leadership team that oversees individual groups, and last year the FBI director said it's more of an ideology than an organization.

The Trump administration hasn't clarified how it would define someone as an Antifa member.