A suspect is in custody after reports of shots fired came in around 12:40 p.m. on Tuesday. 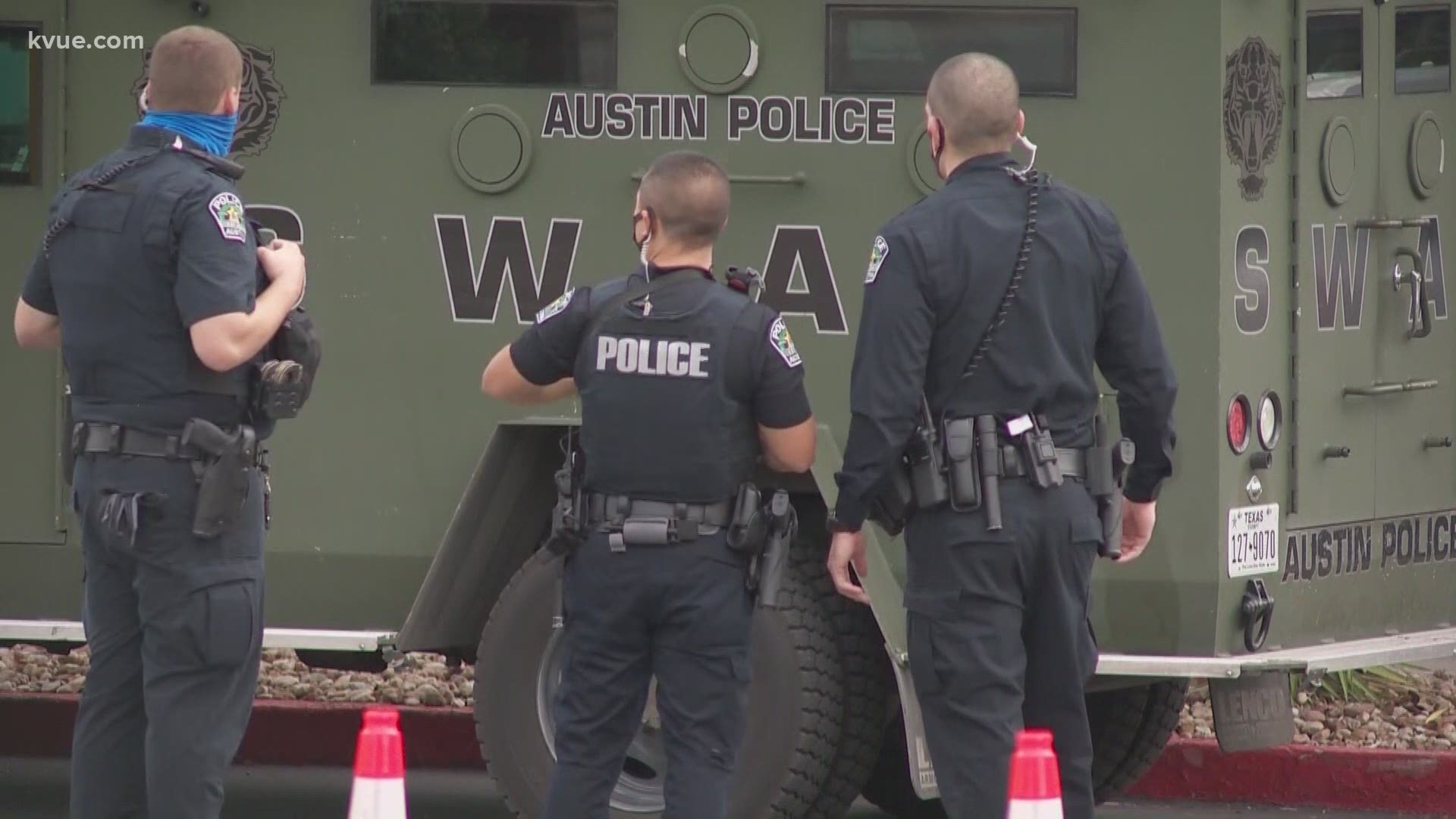 AUSTIN, Texas — A suspect is in custody after Austin police and the SWAT team were called to the scene of an apartment complex in Mueller on Tuesday afternoon after reports of shots fired.

Police said the incident happened at the Villas at Mueller at the 6100 block of Manor Road around 12:50 p.m.

Officers arriving on the scene observed a man and a woman in a disturbance, according to police. The man produced a gun and fired it into the air before shooting at a vehicle. The vehicle drove off and the man fled on foot, police said.

The situation came to a peaceful conclusion with the suspect taken into custody, police said around 3:30 p.m.