The video shows the cyclist stop at an intersection in the right turning lane and then make a wide left turn, crossing several lanes. 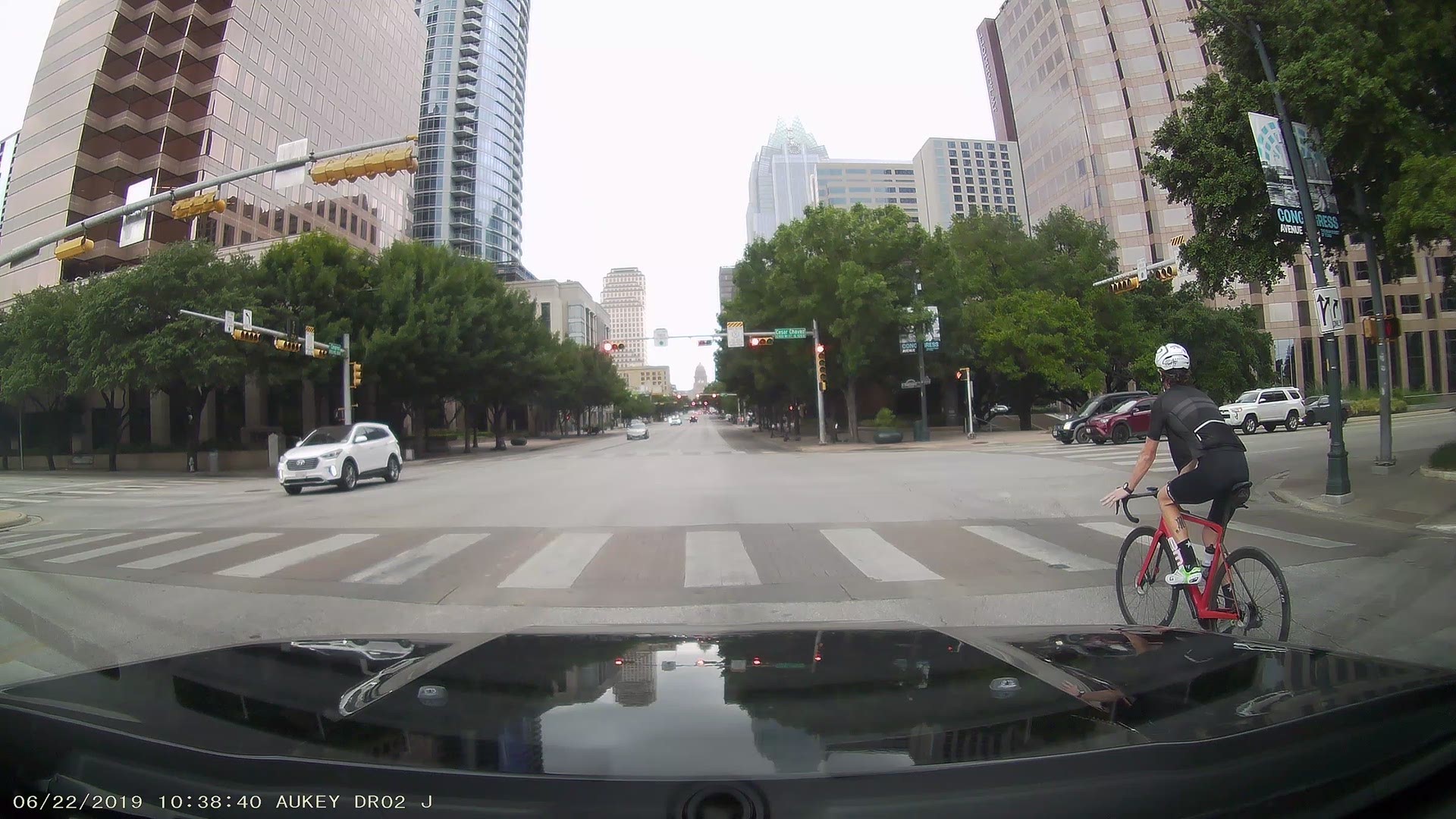 AUSTIN, Texas — A person riding a bike was caught on camera crossing over several lanes of traffic at a red light in Downtown Austin.

A driver caught the whole incident on a dashcam camera.

The video, which was posted on Reddit, shows the cyclist riding on the right side of a road in Downtown Austin. The cyclist then approaches a busy intersection near the JW Marriot and stops in the right turning lane. That's when the video shows the cyclist make a wide left turn on a red light.

The video also shows two Austin police officers riding bikes and crossing the intersection, just before the cyclist made the turn.

In the process of turning left, the cyclist crossed over at least two lanes of traffic and then flipped off other drivers at that intersection.

According to the City of Austin, laws state that bicyclist must obey the same traffic laws as motorists, meaning the cyclist in this video should have been in the left turning lane. Here's a full look at the bike safety guidelines in Austin.