Michele Gonzales was seriously injured when police said she was struck in the parking lot of a Walmart gas station in South Austin in February. 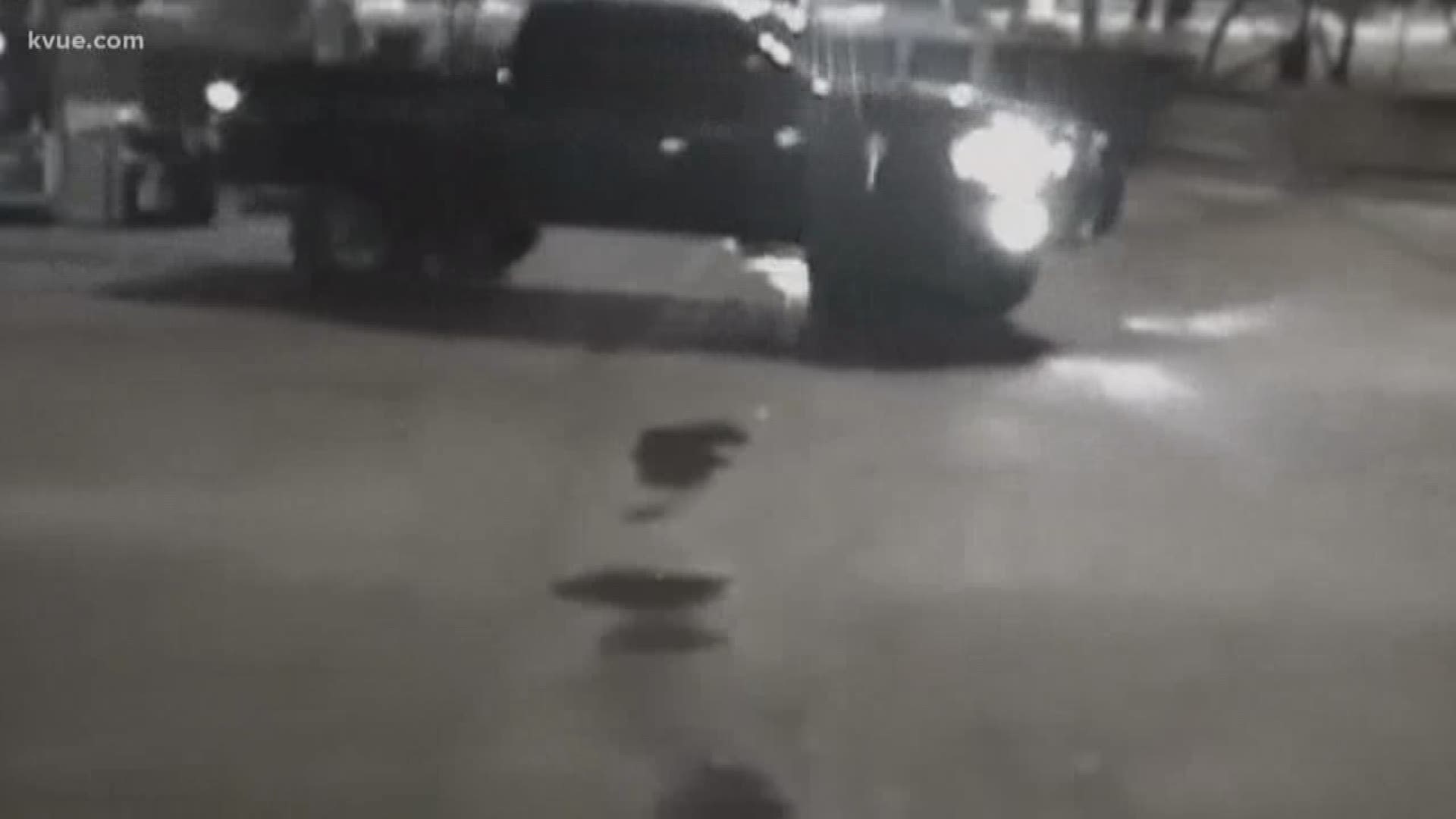 AUSTIN — Months after a woman was seen on camera being run over by a truck in a South Austin parking lot, she has filed a lawsuit against the alleged driver, according to court documents obtained July 24.

Michele Gonzales was seriously injured when police said she was struck in the parking lot of a Walmart gas station in the 700 block of East Ben White Boulevard. Witnesses told police they saw the truck drive eastbound on Ben White Boulevard after striking her. Police released video of the collision in hopes that someone would provide them with more information.

According to a search warrant obtained by KVUE, Austin Independent School District Officer Adam Marsh has been named a person of interest in the hit-and-run. According to a lawsuit filed by Gonzales on July 11 in the 353rd Judicial District of Travis County.

Gonzales was "squarely within the light shining from (Marsh's) truck's headlights" before she was struck, the lawsuit said. The lawsuit said she then "crumpled to the ground form the force of the collision."

Gonzales suffered personal injuries and resulting damages in an amount to be determined at trial, the court document said.

KVUE reported that the Feb. 9 hit-and-run case will soon be presented to a Travis County grand jury to determine if charges will be filed against anyone possibly involved.

Zinda Law Group confirmed on Wednesday the firm was representing Gonzales in the lawsuit.