The Lehman High School student's lawyer says she will need "specialized care and treatment for the foreseeable future." 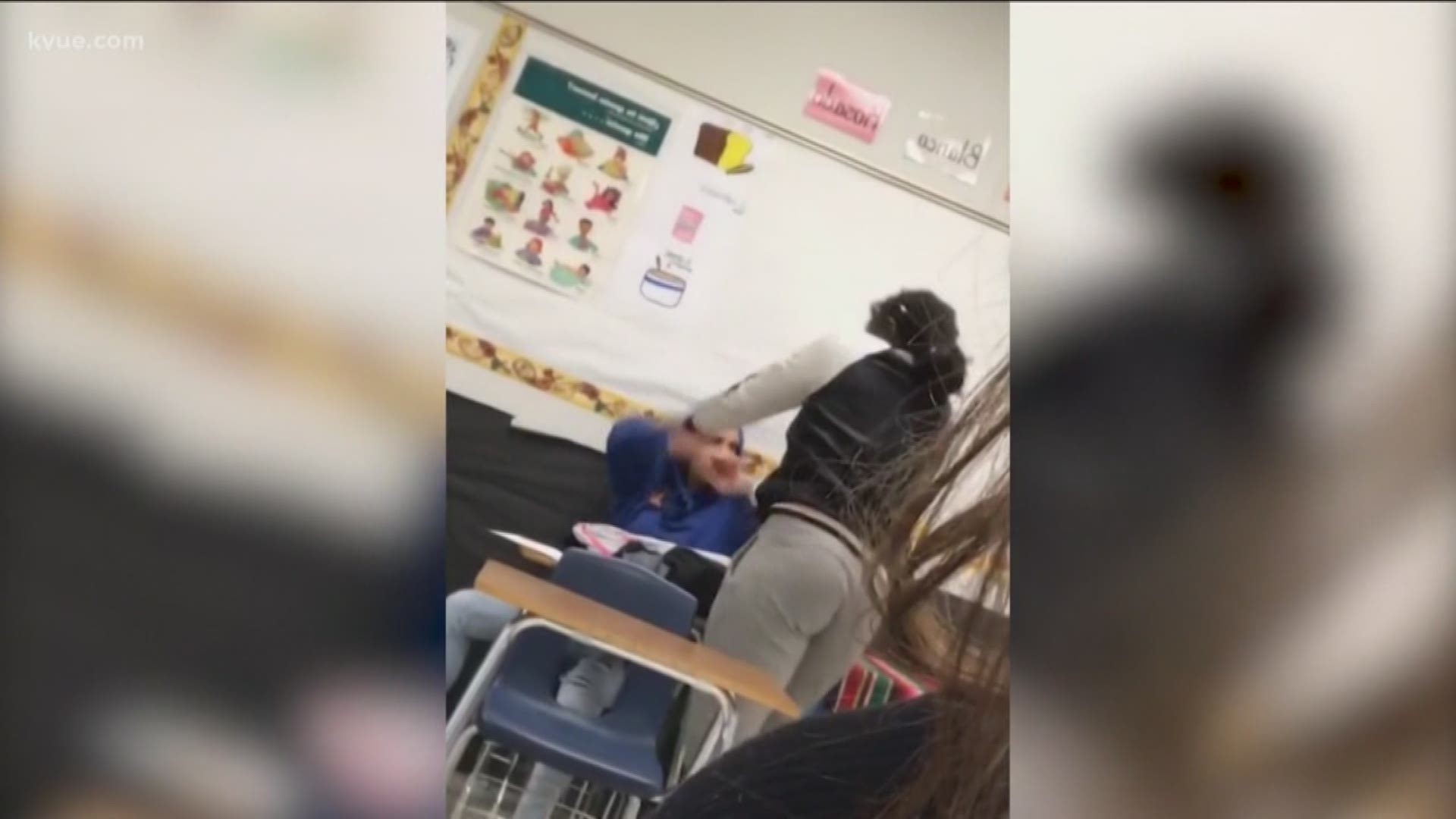 KYLE, Texas — The Lehman High School student who was reportedly beaten by a substitute teacher in November 2019 remains under medical care about two months after the incident was caught on camera, according to her lawyer.

The student, who spoke to KVUE after the incident, said the teacher began attacking her in the classroom after they exchanged words. In the video, the woman can be seen punching the 16-year-old girl and pulling her from her desk before stomping on her head.

Though she was treated right after the incident occurred, the girl's lawyer says her recovery is still ongoing.

"She remains under medical and psychological care for her brain injury, post-traumatic stress disorder and clinical depression," said lawyer Paul Batrice. "Her health care providers have told us she will need specialized care and treatment for the foreseeable future. Her family remains concerned for her health, and the investigation practices of Hays County ISD and its effect on future students."

The Hays County Sheriff's Office identified the teacher as Tiffani Shadell Lankford, 32. She was arrested on-site and charged with aggravated assault with a deadly weapon.

The incident occurred on Lankford’s 18th day teaching at Hays CISD. But, just two months prior on her first day substitute teaching with the district on Sept. 13, Lankford also allegedly targeted a 12-year-old student at McCormick Middle School.

In November, the school district said they would be making changes to district policy.

“In light of the Lankford case, and the campus-level complaint brought to our attention by KVUE, the district will now require a centralized registry of all complaints against substitutes with the district’s human resources department, regardless of severity,” the district said.

Lankford bonded out of jail soon after her arrest. As of Tuesday afternoon, the Hays County District Attorney's Office told KVUE there was not an indictment against Lankford.