Verify: Fake photos and facts about the Austin Bomber

KVUE's Jason Puckett set out to Verify which rumors being spread about Mark Conditt are fact and which are false. 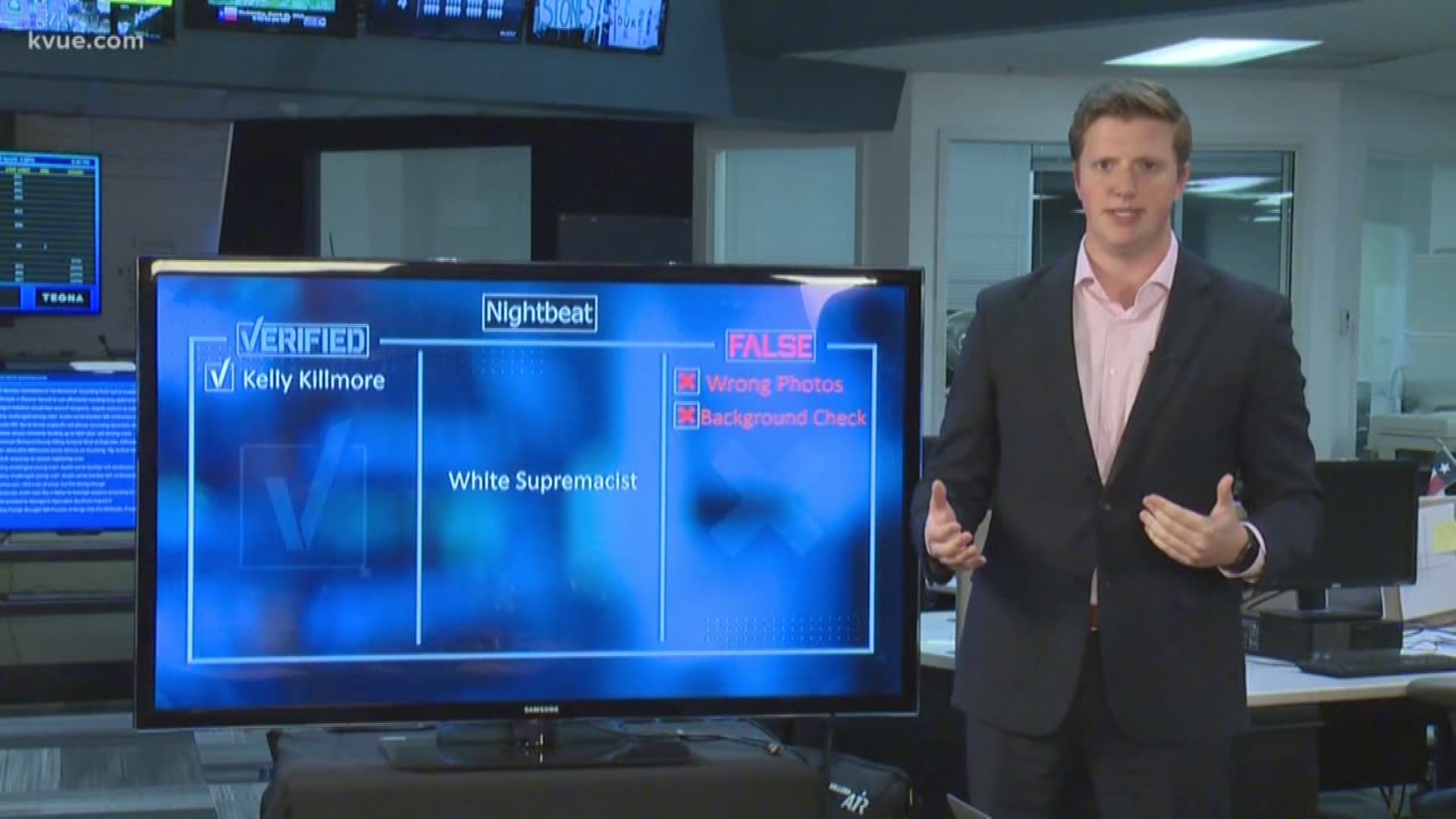 As more information came out Wednesday about Mark Conditt, 23, false facts and rumors also came to the surface.

On a number of social media platforms and even on KVUE's on Facebook page, users repeatedly posted photos like this:

Captions claimed that outlets weren't reporting or sharing the correct photo of Conditt (above) and wondered why the photo on the right wasn't being shown instead.

Well, it's because the photo on the righthand side of the picture isn't Conddit. A google reverse image search shows it's actually a picture of Sam Hyde.

Hyde is an online comedian, YouTuber and actor who became the target of a viral campaign to insert his image into breaking news situations.

His image and name have been falsely reported before as being involved even though he is in no way related to the crimes or anyone involved.

Multiple users posted images from the site MyLife.com and used the information on the site to make claims about Conditt's political affiliations, relgion and more.

The problem? MyLife.com can be influenced and edited by anyone on the internet.

This image (below), shared by a user on KVUE's Facebook page, claims Conddit was a Republican and had no designated religion.

Another user submitted this image. Same site, same name but now it shows that Conddit was a scientologist without political affiliations.

Both the Mylife.com information and the photos of Sam Hyde shown as Conditt are false.

If you have other questions, rumors or claims you'd like verified, send them news@kvue.com