We verified claims being made about gray death, a lethal combination of narcotics, that some reports warn is coming to Texas. 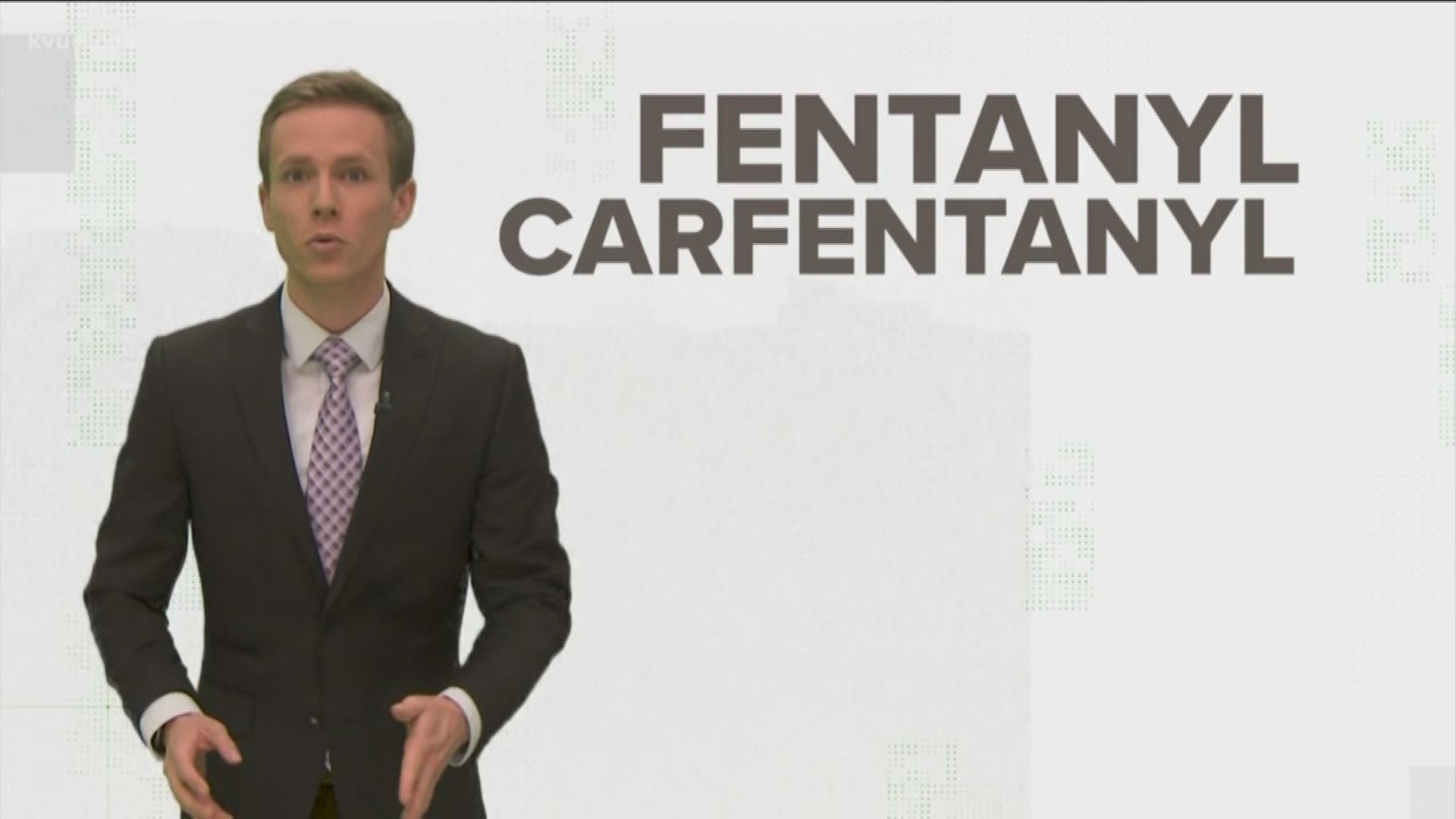 AUSTIN, Texas — “Gray death” is making headlines across the country after officials in Louisiana warned it could kill you by touching it.

According to the DEA, gray death is at least 10,000 times stronger than morphine. It’s a combination of several narcotics that have led to fatal overdoses.

But some of the claims being made don’t necessarily support the facts, KVUE verified with the deputy medical director for Austin-Travis County EMS.

“Gray death is heroin that is also mixed with other high potency opioids like fentanyl and carfentanyl,” said Jason Pickett, deputy medical director for ATCEMS.

Fentanyl and carfentanyl are some of the newer opioids first responders are seeing infiltrate the nation’s drug supply, Pickett told KVUE.

Fake prescription pills with potentially deadly fentanyl circulating in US

Some claims online indicate just touching the combination of drugs could kill you.

“There is a lot of urban legend about opioids that if you just touch them, specifically with fentanyl or the analogs, that they can absorb through your skin and kill you, and that's absolutely untrue,” Pickett said.

Pickett said he doesn’t recommend touching anybody’s drugs in the first place – but that they do not absorb through the skin in a significant amount of time to pose any sort of danger.

“If you accidentally come into contact with it, you're not going to keel over dead from it,” Pickett said.

In recent weeks, the drug was found in Louisiana.

The St. Mary’s Parish Sheriff’s Office said on Facebook that the department “made a couple of arrests” and that the drug began to surface in Alabama and Georgia. The sheriff’s office said it’s the first time its been seen in the St. Mary Parish.

But KVUE verified – so far – gray death still hasn’t been seen in the Central Texas area.

“We have not seen any sign of gray death, or anything called that or resembling that coming to Central Texas,” Pickett said.

“The bottom line about gray death in Central Texas is we aren't seeing it and we've not had any reports from the patients that we see with opiate use disorder that they are hearing about it either,” Pickett said.