She may not be going to prom, but Emma Stone hasn't forgotten a high school student's viral prom-posal. 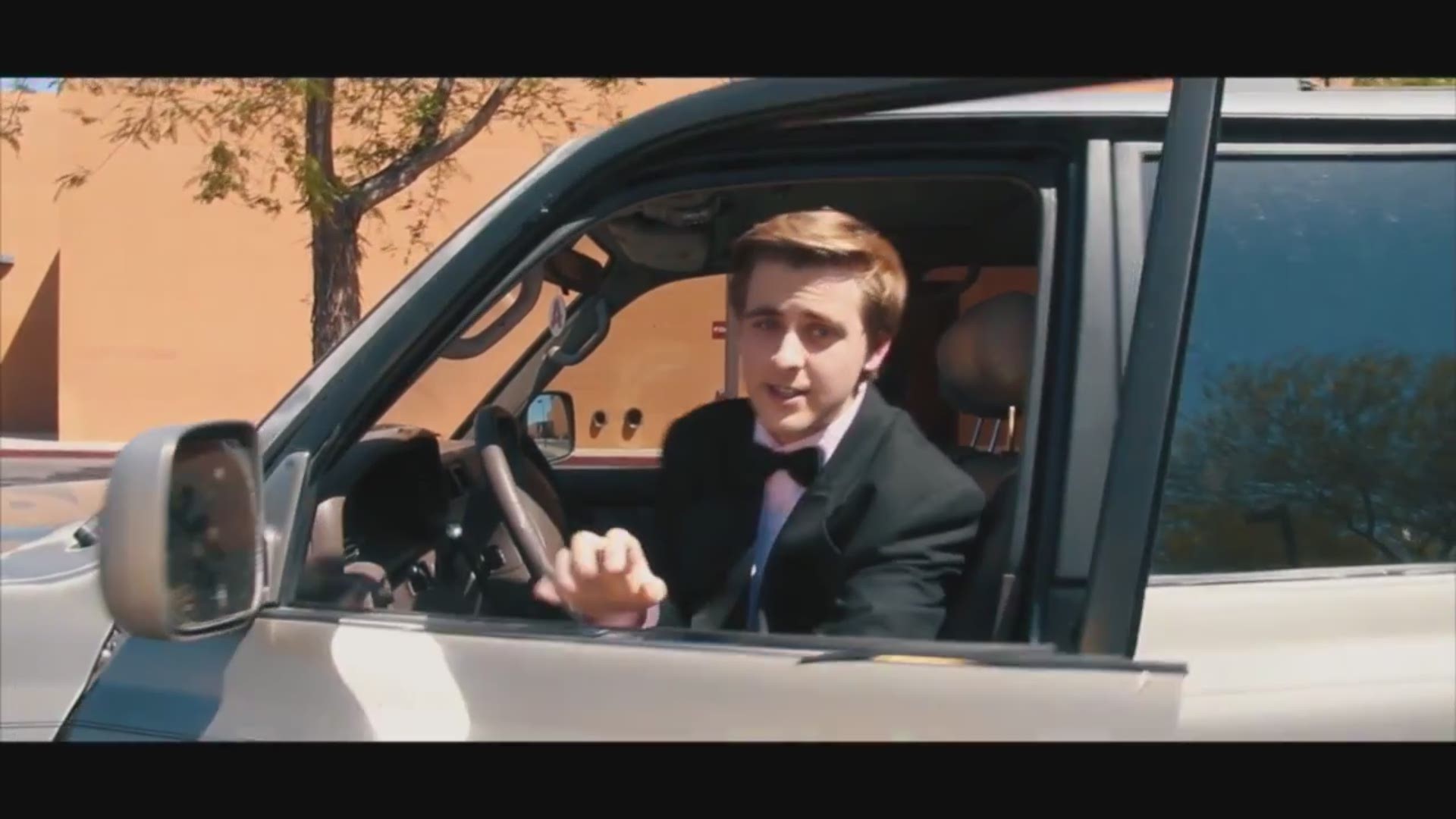 PHOENIX - She may not be going to prom, but Emma Stone hasn't forgotten a high school student's viral prom-posal.

And she let him know by sending him a gift. The corsage and boutonniere came with a handwritten note:

Jacob, A little something for you and your lucky date tomorrow. Have a great time! Much love, Emma Stone

Jacob Staudenmaier had hoped to take Stone, who was born and raised in Scottsdale, to Arcadia High School Prom.

He filmed an elaborate prom-posal in the style of the opening song from her recent film, La La Land, with help from dozens of classmates and a few teachers.

Unfortunately, Stone said she would be working in London at the time. She let him know with a note that Jacob read on Good Morning America.

JACOB, thanks for making the greatest proposal I've ever received. I can't tell you what an honor that was and how much I smiled throughout that beautifully-orchestrated video. I'm in London working, but I hope you have the best time at prom and I'm grateful you thought of me. THANK YOU and P.S., I do see Gosling around the eyes.