Last month the bird was spotted with at least one egg and a companion in her nest. Since then she has laid four eggs. 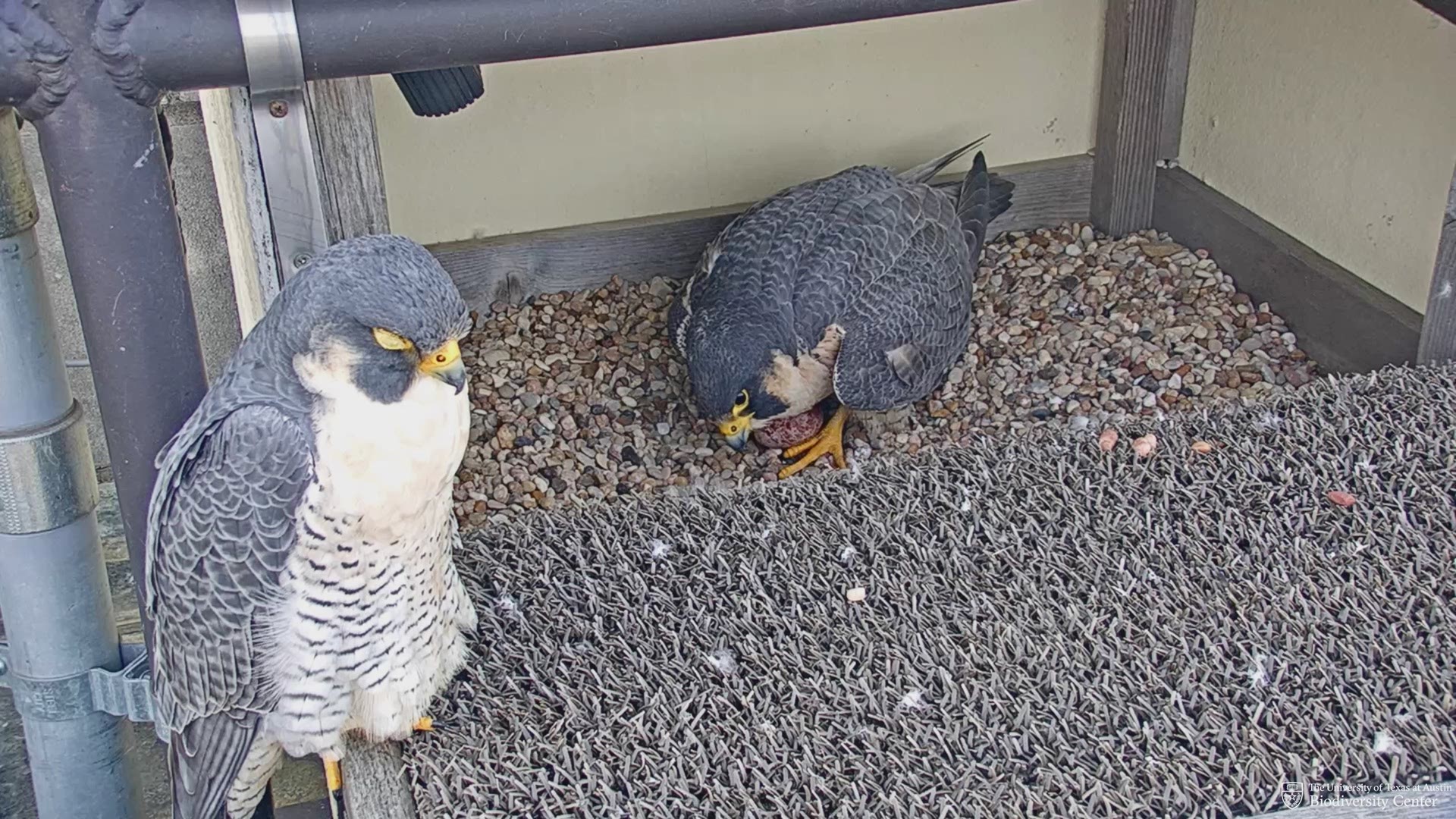 The Peregrine falcon lives atop the UT Tower and has become a hit with Austinites, who can now tune in to the live “Falcon Cam” to track her daily movements.

Last month the bird was spotted with at least one egg and a companion in her nest. Since then she has laid four eggs.

She piqued interested with viewers around Valentine’s Day this year, when she was spotted hanging around with a male visitor in her nesting box. Researchers even caught a few glimpses of them “kissing.”

“Birds do a great deal of their communication through posture,” professor of biology and bird expert Tim Keitt told KVUE last month. “The bowing posture is part of pair-bonding. That is a good sign that the male bird will stay around and mate. Clasping bills is a common part of pair-bonding behavior in birds. It is known courtship behavior described by falcon breeders who call it 'billing.'"

Laying typically happens mid to late March and includes successive eggs every 50 hours in a usual clutch of four. Full-time incubation does not begin until after the second or third egg. The egg last month marks the earliest date Tower Girl has laid her first egg.

While previous years have all been nest failures, no male was present. This year’s male appears to be a new suitor, so researchers are keeping their fingers crossed. Peregrine falcons mate for life.