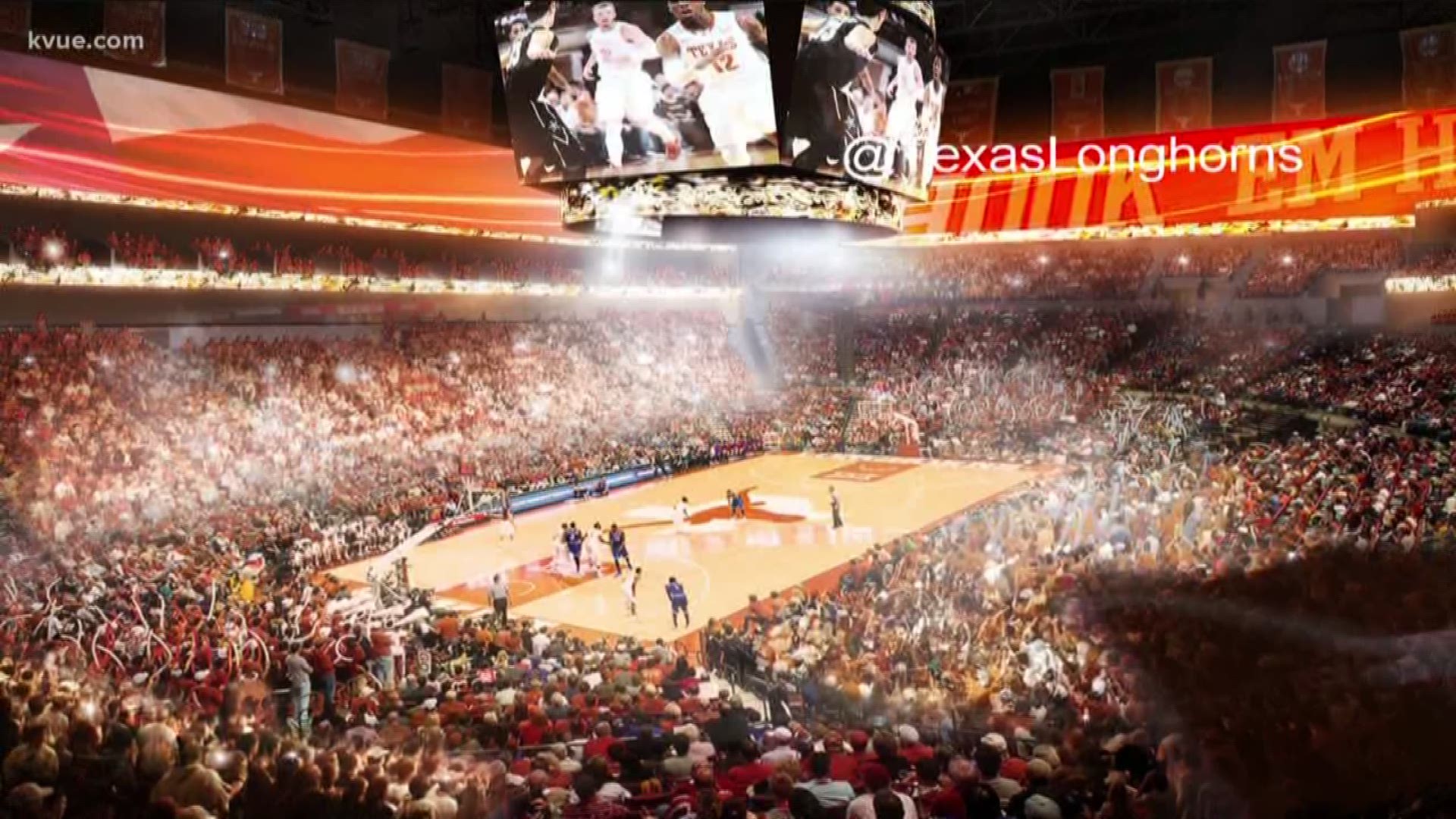 AUSTIN — A new basketball arena is coming to the University of Texas.

The UT System Board of Regents voted on Thursday for the next step forward in building an events arena to replace the Frank C. Erwin Special Events Center. The new arena will host both men and women's basketball games, graduations, concerts and other events.

“This is a very exciting day for the University of Texas," said Gregory L. Fenves, UT Austin president.

The 35-year agreement between UT and ArenaCo -- which includes Oak View Group (OVG), Live Nation, C3 Presents and Matthew McConaughey -- is being described by the University of Texas as "groundbreaking" in college athletics, providing a public benefit for both UT and the City of Austin for years to come.

“[Matthew McConaughey] will guide us to make sure that this is not just a great home for the students and for the coach, the basketball team both men's and women's but also for the city and for the community," said Tim Leiwicke, Oak View Group CEO.

The $338 million venue will be built on land fully owned by the university without using any university or public funds.

Right now, a parking lot sits on the land where the new arena will be built. It will go just south of Mike A. Myers Stadium, the soccer field, next to DKR Stadium. Replacing the 41-year-old Frank C. Erwin Center, the change will make room for the future expansion of the Dell Medical School.

"UT’s historic agreement with this highly regarded company will result in a modern arena on campus for our students, alumni, supporters and the Austin community,” said Fenves. “The arena will provide for an unforgettable UT basketball experience and represent the best of our university.”

Excited to announce UT’s new basketball arena has been approved by @utsystem's Board of Regents. Thanks to an innovative agreement, the arena will benefit UT and the Austin community: https://t.co/Q11OTZjuNw pic.twitter.com/cVwfcCao4s

Academy Award winner and UT alum McConaughey will act as the "Minister of Culture" at the new stadium, ensuring that both Longhorn and Austin cultures are front and center and helping facilitate a fan experience unlike any other.

According to our partners at the Statesman, construction could begin in the summer. It is expected to open in 2021.