A bike group said the university already has the plans, they just want to see them happen. 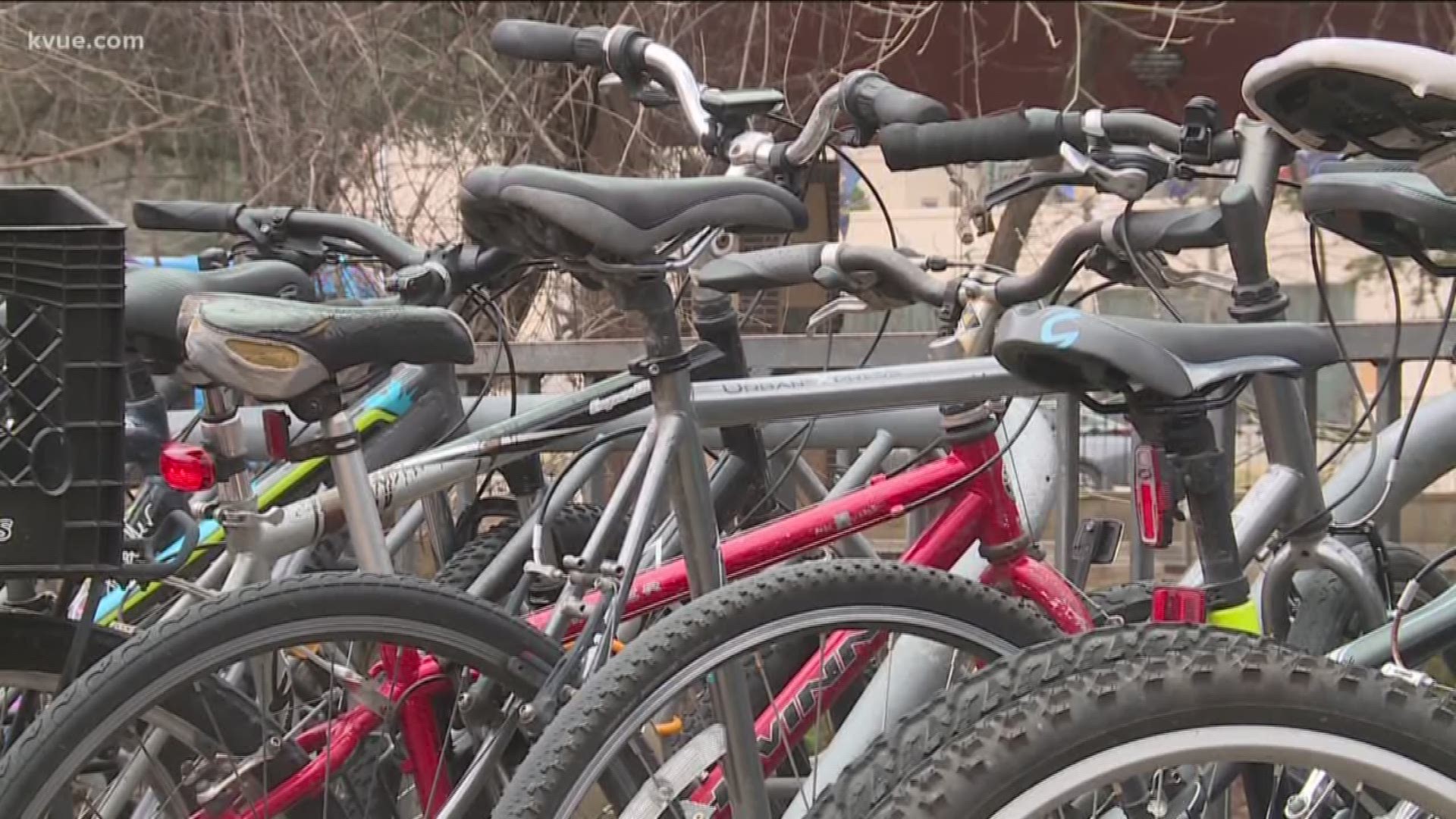 AUSTIN, Texas — Police continue to investigate what happened when a Capital Metro bus hit and killed a man riding his bicycle on San Jacinto last week.

In the meantime, students who are part of the Campus Bike Alliance think it could have been prevented.

“Stuff like this is entirely preventable with proper infrastructure,” said James Lentz .

He and Eric Wise are part of the alliance, and said the crash really left an impact on them.

"It really shook us,” said Lentz.

"I rode down San Jac earlier that day, and then I rode down it the next day, it’s just, it's scary, you think about it and you're like, 'yeah, that could be me,'” said Wise.

Now they're asking UT officials to make some changes.

"We all bike around campus and there's not really a lot of physical separation to keep us safe,” said Lentz.

A diagram from the university's 2013 master plan shows just the type of thing Lentz and Wise want to see, giving designated lanes for pedestrians, cars and bikes.

UT students could pay a $150 fine with new scooter rules

Jim Walker is the director of sustainability at the university and calls this master plan an "aspirational vision."

"There’s no set timeline really for any of those kinds of projects in general,” said Walker.

He said it's something they're constantly looking at.

"Whenever we look at changing some part of that system, we look at how they all interact, we really try to take a comprehensive look at how those changes to any one mode is going to affect the other, so that we are to the best we can improving the safety and efficiency of all of them,” said Walker.

But it's clear last week's death weighs heavily on them.

"The university's been saddened by the tragedy and I can say with confidence that will be top of mind in the conversations as they go forward,” said Walker.

It’s something Lentz and Wise hope will become more than a conversation.

They also think the changes could protect pedestrians, which Walker said is the most common form of transportation on campus.

"Sometimes the pedestrian has their earphones in, they’re talking to a friend and they just jump in front of you and you're like, 'oh, what are you going to do,'” said Wise.

You can send those to the Parking and Transportation Services (PTS) team as listed here.

You can contact BikeUT by calling 512-471-5891, emailing bicycle@utexas.edu or following them at @bikeut on social media.