A UT student can say good bye to her student loans. She won $100,000 at football game and she has Dr. Pepper to thank. 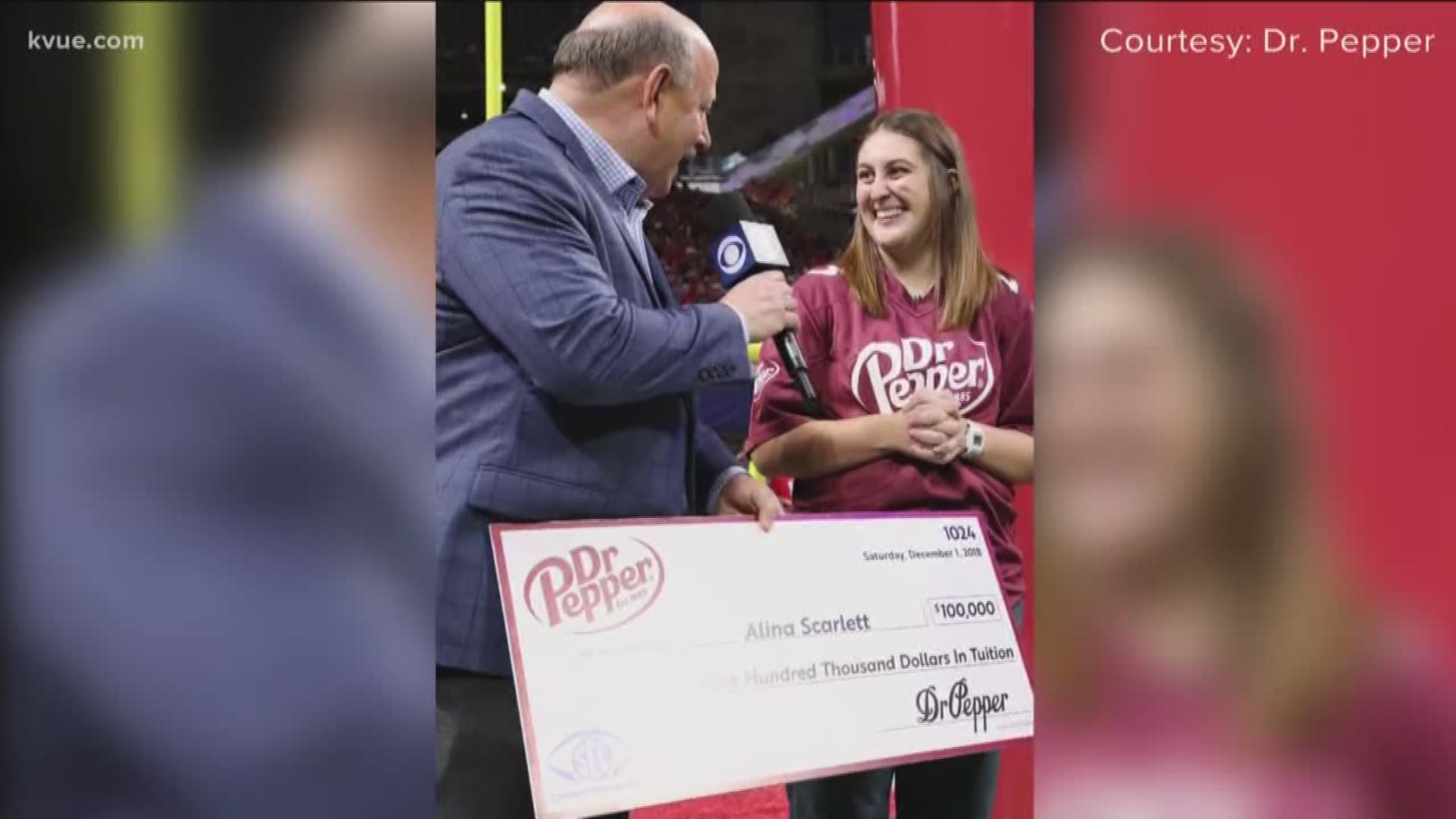 AUSTIN — A University of Texas student received a $100,000 check from Dr. Pepper during the SEC championship football game over the weekend.

Alina Scarlett is a senior at the University of Texas. She submitted a video to compete in Dr. Pepper's tuition giveaway back in October.

"I was sitting about to take a test in class and I got a call,” said Scarlett.

UT Senior Alina Scarlett got a call from Dr. Pepper to compete as a finalist. It landed her in front of thousands of fans at the SEC Championship Game in Atlanta, where Scarlett threw her best shot.

“I just started praying and said I’m going to throw it the way I’ve been practicing,” said Scarlett.

She started of strong, but then “I started missing a couple and the nerves definitely got to me and brought it back and I was just hoping that I was doing well,” she said.

“It’s unbelievable,” said Scarlett. “I still haven’t even processed it.”

She plans to go to graduate school and become a speech pathologist to help those who have suffered strokes and brain injuries get their speech back.

Until then, she's happy to pay off her undergraduate student loans with lots of Dr. Pepper in hand.

“In my speech I said I’ll never drink another brand of soda my whole life and I definitely mean it,” said Scarlett. “My whole family’s on board we’re just so grateful.”