Would you eat food grown on top of a landfill? It sounds weird, but one University of Texas student said it could be the solution to places in the community that need better access to healthy food. 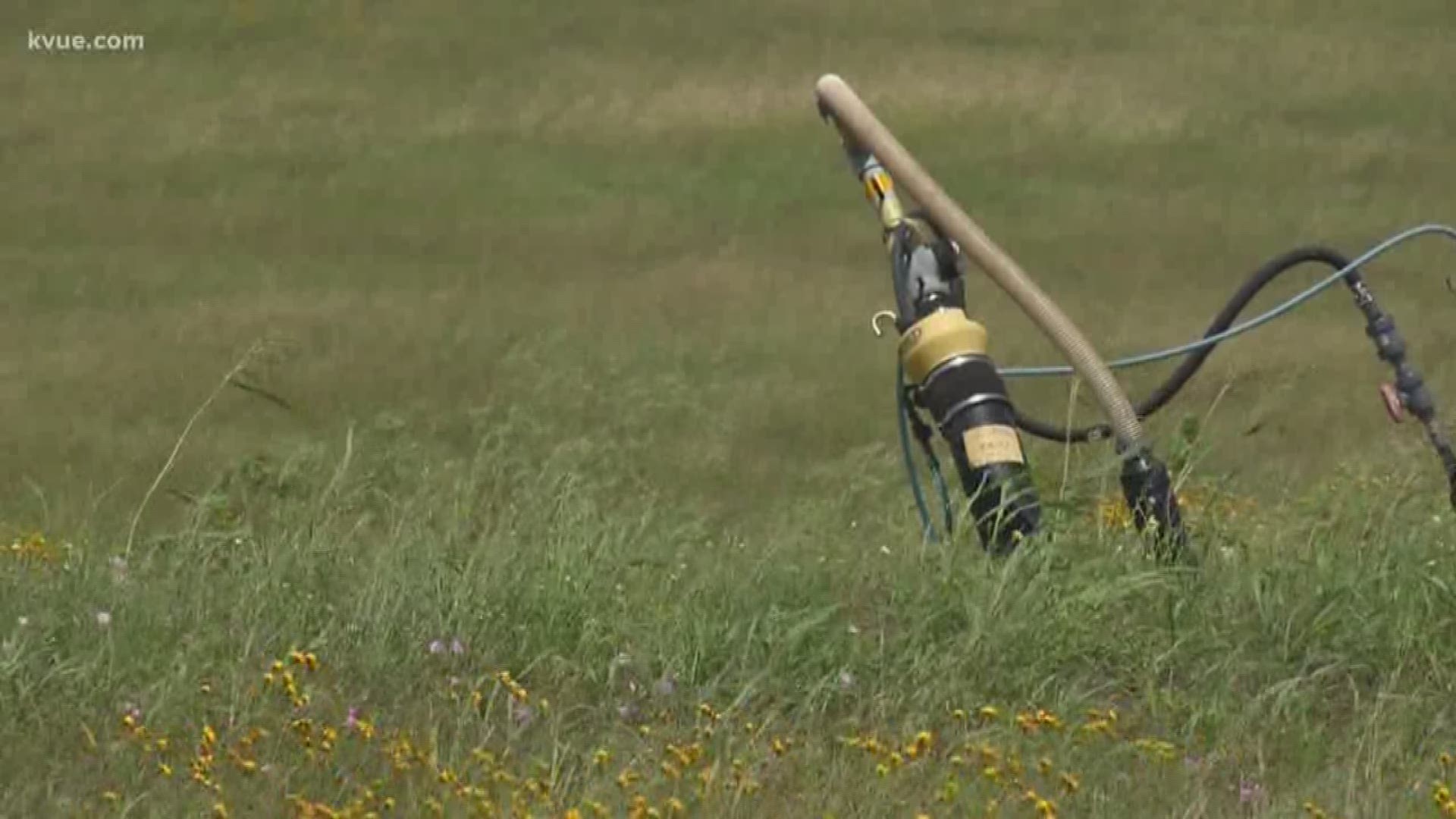 AUSTIN -- Would you eat food grown on top of a landfill? It sounds weird, but one University of Texas student said it could be the solution to places in the community that need better access to healthy food.

According to Feeding Texas, 1 in 6 Texans live without consistent access to adequate food.

“I just personally get really frustrated with hunger, I think, and the problem is not that we’re not growing enough food, we grow a lot of food, but in the United States we waste 40 percent of the food we produce and it doesn’t get to the people that it needs to get to,” said UT senior Joy Youwakim.

Youwakim came up with the idea to grow produce on a closed landfill in the Del Valle area.

"That was the first thing I thought of, like, why don't we already grow food on top of these, they are huge,” said Youwakim. “The one here is like 390 acres and they just kind of sit there, so I thought it was just a very underutilized, overlooked space.”

She told her UT mathematics lecturer Bill Wolensensky, who had farmed for more than 30 years, about her idea.

"You would say it's a beautiful prairie type place, you wouldn't guess unless you knew that it was a covered landfill,” said Wolensensky. "I think once they know what it looks like, they'll be like, 'oh yeah, well that makes sense.'"

“Often, they’re turned into golf courses, or baseball diamonds, and you don’t ever know you’re standing on top of a lot of waste,” said Youkawim.

Youwakim said underneath the grass lies layers of waste and soil with a heavy clay liner on top.

She worked with only shallow root plants to make sure they wouldn't break that liner, a requirement from the City of Austin and the Texas Commission on Environmental Quality.

"It just kind of provided a door for a lot of opportunities,” said Youkawim.

A TCEQ spokesperson told KVUE the landfill off of FM 812 has stopped receiving waste and is capped. He said they authorized a temporary approval for Youkawim’s project.

Tony Davee, the project manager for Austin Resource Recovery, said they “like to support students when we can.”

She was excited when they saw the first plant sprout.

“It seems like such a small thing, but the dirt was OK, the soil was doing well, it just kind of provided a door for opportunities,” said Youkawim.

"It did surprise me a little bit on how well it grew, so, I mean, I thought we would get something of course but it really grew well,” said Wolensensky.

Once they harvested the crops, Youwakim said lab results showed the plants tested negative for salmonella and listeria, and says heavy metal quantities were "fairly low."

Youkawim told KVUE they grew about 20 pounds of food on 200 square feet. But she said if they would have used the entire closed landfill, that they could have grown 1.6 pounds of food and fed 32,000 people for a year.

Food that Youwakim said could help areas of town that need better access to food.

“I think living in a country that’s regarded as one of the wealthiest nations in the world, one of the most admired nations of the world, when we have 1 in 5 Americans who are hungry every day, it’s just like a big red flag, and something that should have been taken care of sooner,” said Youwakim.

According to Youkawim, about half of the population surrounding the landfill in Del Valle is under the poverty line.

"I definitely won't say that this will end world hunger, but would just start making things better for certain communities," said Youkawim.

"Most landfills are in areas that are probably lower socioeconomic areas that don't have a lot of available fresh grocery stores near them, and I think this does offer a solution,” said Wolensenky.

It’s a solution Youkawim said needs more testing, but feels this is a step forward.

“As for actually farming on top of landfills all over the United States, I think that would be awesome, but I think there’s a lot more work to do before we get there,” said Youkawim.

Again, this is just a first step in research. Youkaim plans to go to graduate school next year to continue studying the possibility.

She is now a finalist for the General Mills Feeding Better Futures Scholars program, which would give her a $50,000 scholarship if she wins. She said she would use the money to continue her work.