“Sahotra Sarkar, we stand alongside other enraged women who are disgusted by your actions towards students,” a student protester said. 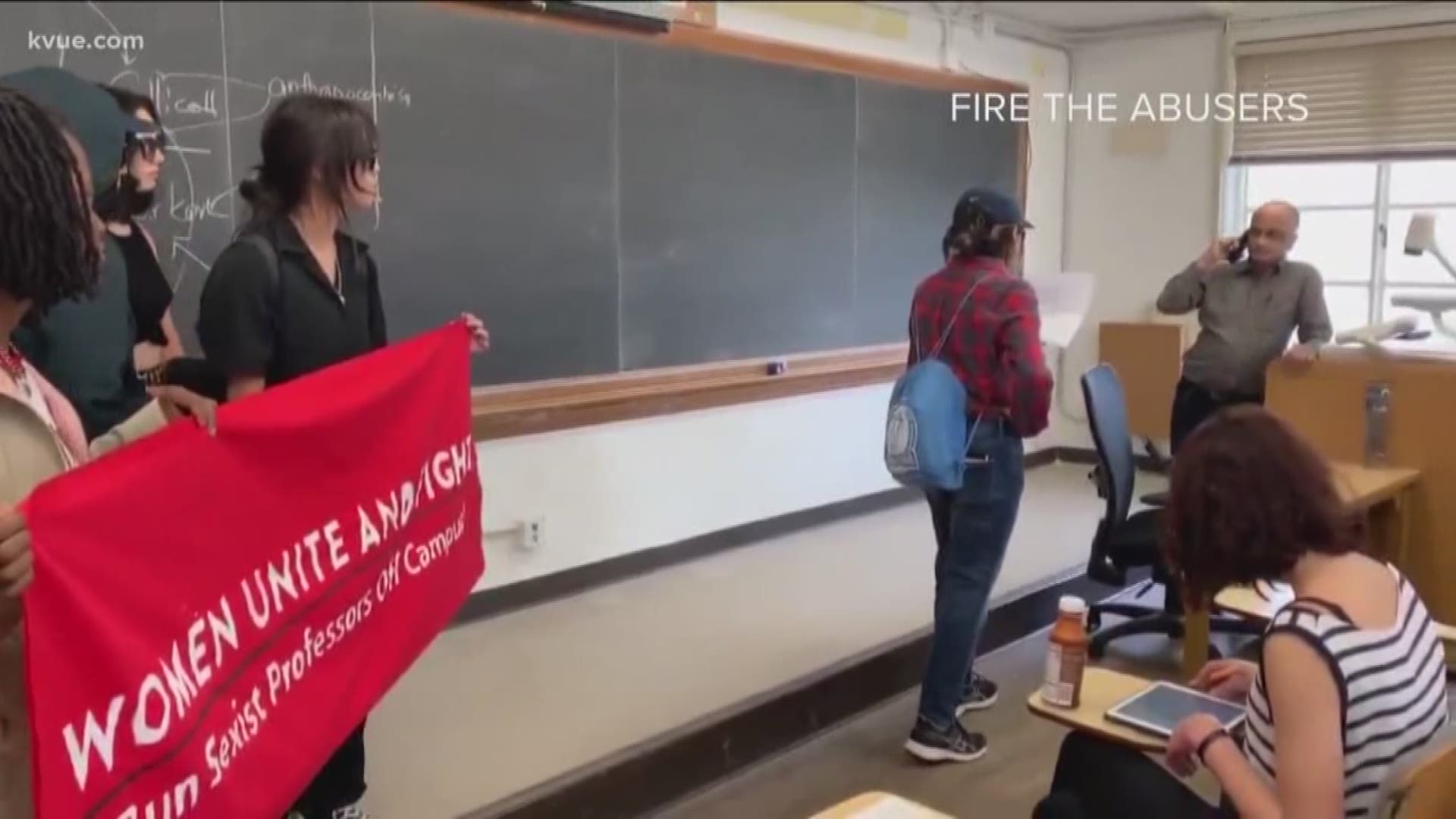 AUSTIN, Texas — The class of a University of Texas professor who had been found to have violated sexual misconduct policies was interrupted on Thursday as part of a student protest.

A group of six students marched into the class of professor Sahotra Sarkar shortly after 11 a.m., wearing sunglasses and holding banners. A video of the protest was posted to Twitter on Thursday.

“Sahotra Sarkar, we stand alongside other enraged women who are disgusted by your actions towards students,” a student protester said.

In the video, Sarkar appeared to be texting or dialing a number on his cellphone as the students spoke.

According to our partners at The Austin American-Statesman, Sarkar was suspended from teaching for a semester in 2017 after complaints that he invited students to swim with him at nude beaches and pose nude for photographs.

Sarkar denied the allegations at the time in a memo to the provost, The Statesman reported.

"The students and the women are upset and are, essentially, fearful of people like him, continuing to work at UT," the representative, who wanted to remain anonymous, said. "We are not just going to continue to hide in the shadows and beg the university for transparency. At this point, we want to make it such that the professors see it as their obligation to resign or quit their position."

Thursday’s confrontation comes after a series of sit-ins and rallies by UT students protesting the university’s handling of employees who have violated the school’s sexual misconduct policies.

On Wednesday, students asked the university for a list of professors found guilty of sexual misconduct violations.

The KVUE Defenders discovered the school only keeps complaints of sexual misconduct in individual employee files, making it harder for the university to track them and harder for the public to access them.

A spokesperson for the university released the following statement about the incident on Thursday:

"UTPD received a 911 call of a disruption in a classroom this morning at Waggener Hall. When officers responded, there was no longer a disruption taking place. There is no current criminal investigation.

The university respects students' freedom of speech and right to demonstrate, but speech cannot impede the mission of the university. As outlined in the Institutional Rules on Student Services and Activities, 'no speech, expression, or assembly may be conducted in a way that disrupts or interferes with any teaching, research, administration, function of the University, or other authorized activities on the campus.' Students involved in disruption could be subject to disciplinary action."

Utah woman's stepkids saw her topless. She may have to register as sex offender

These roads closed as President Trump visited Apple in Austin