The Young Conservatives of Texas held a demonstration last week in support of Supreme Court nominee Brett Kavanaugh. Now, students are planning a "Stand with Survivors" rally in support of sex assault survivors. 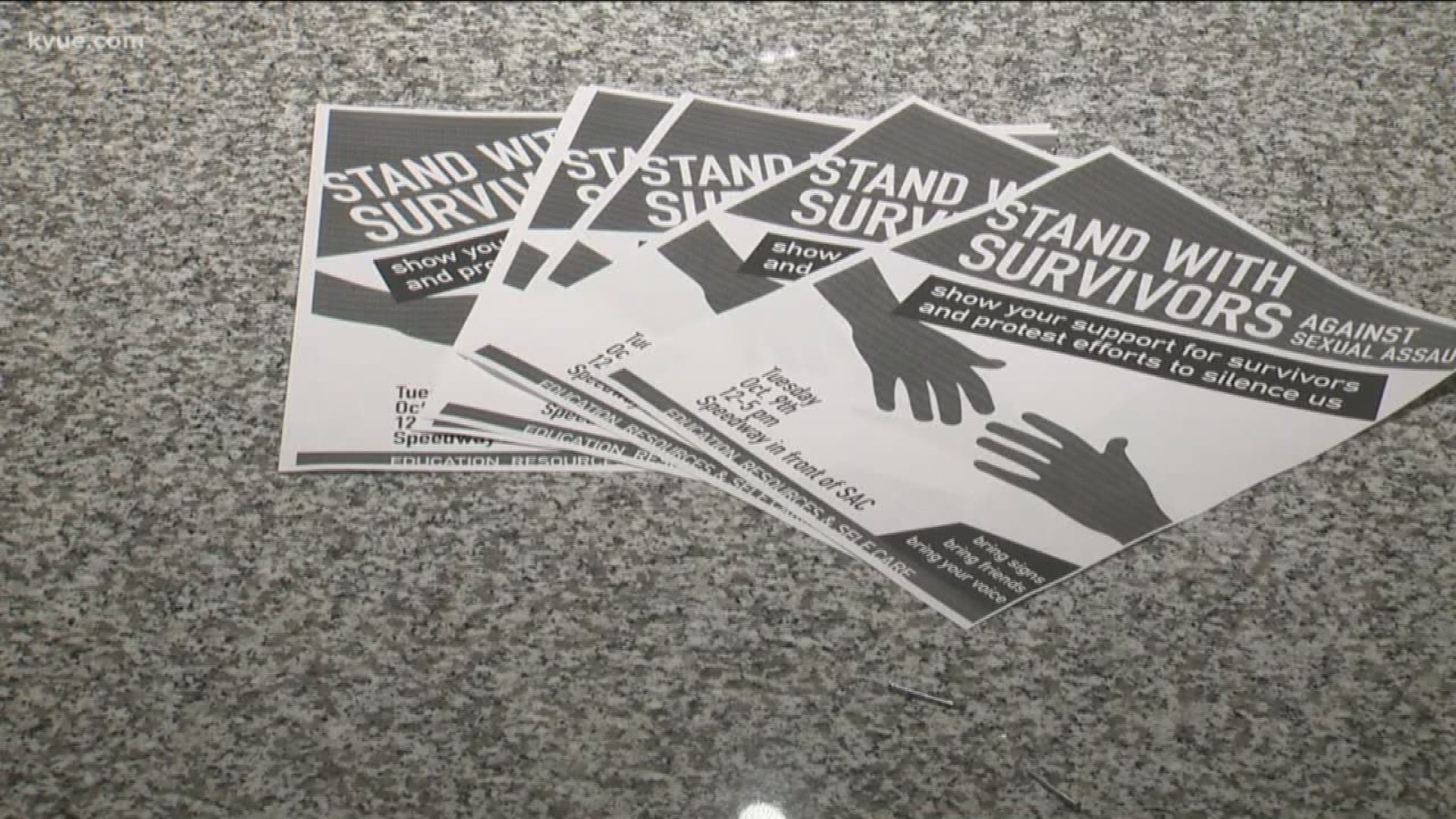 AUSTIN — University of Texas students are planning a protest in support of sexual assault survivors.

On Tuesday, students are set to have a "Stand with Survivors" rally starting at noon outside the student activity center. Organizers said they want to show that they believe and support survivors of assault.

This comes after an emotional couple of weeks surrounding the confirmation of Supreme Court nominee Brett Kavanaugh. Amid the confirmation hearings, a campus group called "Young Conservatives of Texas" held a demonstration in support of Kavanaugh.

Now, hundreds are expected to protest Justice Kavanaugh's confirmation and stand with sexual assault survivors on the UT campus on Tuesday.

UT sophomores Angel Bierce and Sarah Kerr came up with the idea after they said the Young Conservatives of Texas held a "me too gone too far" demonstration last week.

A recent UT survey revealed about 15 percent of undergraduate females on campus say they have been sexually assaulted.

"I do have faith in people in our community who are willing to stand up and protest and fight and demand to be heard," added Kerr.

"We believe he has been victim to a farcical smear campaign intended to destroy his good name and legacy," the Young Conservatives of Texas said on their Facebook page.

After their demonstration, organizers of the upcoming rally said, "something needs to be done to let survivors know they are not alone."

The Facebook event page for the rally reports that "11,803 women on campus have reported sexual assault. That’s 55% of undergraduate women."