A University of Texas at Austin graduate has been awarded the Nobel Prize for his work fighting cancer. 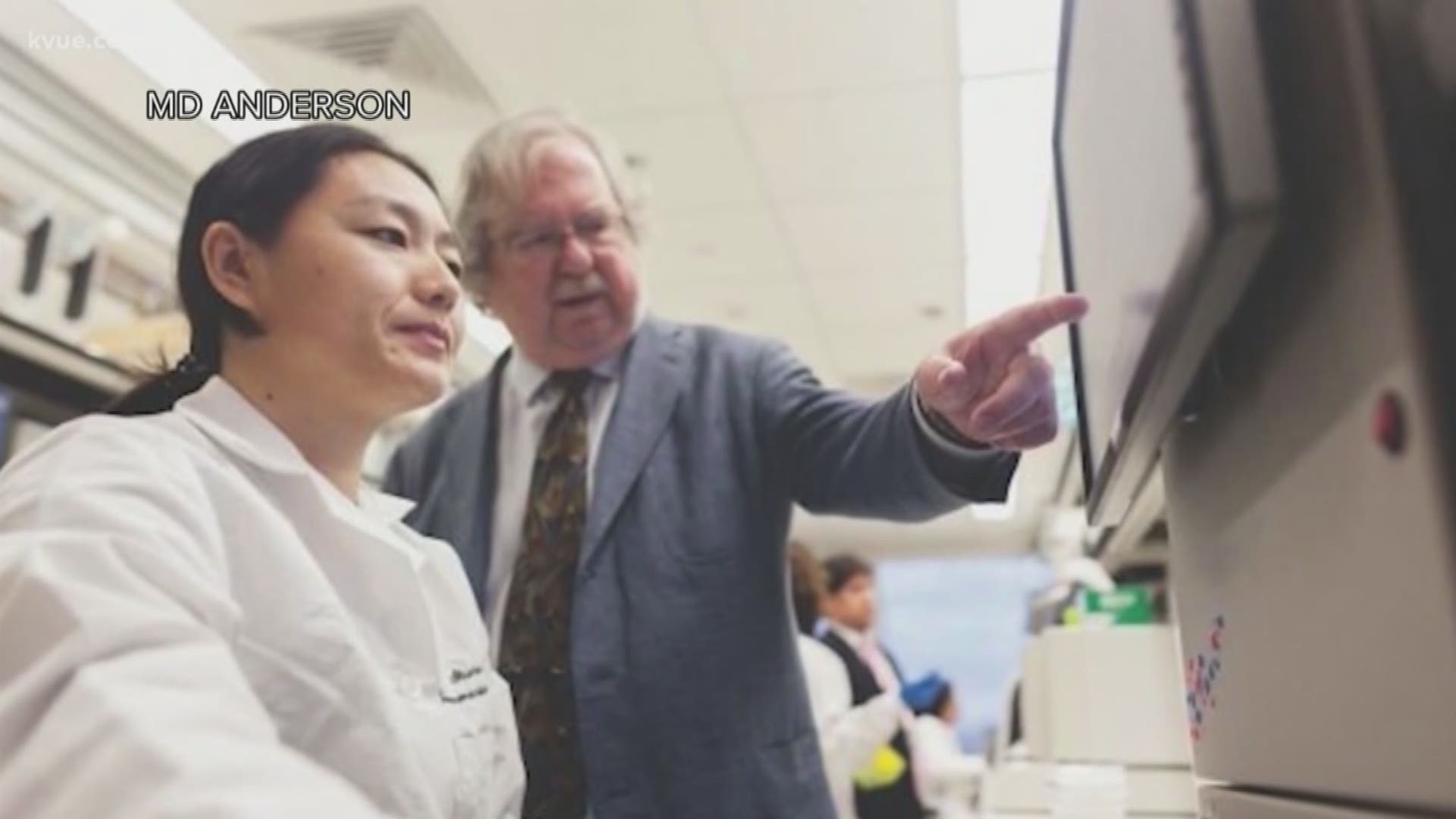 AUSTIN — James P. Allison, a world-renowned pioneer of cancer immunotherapy and University of Texas grad, has been awarded the 2018 Nobel Prize in physiology or medicine along with a Japanese researcher for their work fighting cancer, the school announced.

Allison -- who received his bachelor's degree in 1969 and his doctorate in 1973 at UT Austin -- shares the award with Tasuku Honjo, a professor at Kyoto University.

Allison's friend, Dr. Ron DePinho, tweeted a video of Joe Biden calling him with the news.

My friend Jim Allison just received a call from @JoeBiden on his #NobelPrize announcement. pic.twitter.com/JjaNR81BDZ

At the Louise and James Robert Moffett Molecular Biology Building at UT Austin, scientists are also coming up with answers that could potentially save lives.

"We have an approach where there's no virus we don't like," UT associate professor Dr. Chris Sullivan told KVUE.

He and his colleagues research the ways some viruses work in animals -- like birds -- to help fight viruses in humans.

"We think we got some insights into another major human virus, which is the human papilloma virus (HPV) by understanding what those genes did in the bird. It helps us understand the process of cancer from the human viruses," Sullivan said.

Recently, researches studied the bovine leukemia virus -- the same virus that killed Bevo 14 a few years ago -- to learn how we can better fight hepatitis C.

"Our particular discovery helps understand how the virus takes over the cells and makes them grow," he said. "Part of that host takes over the virus, and that's the part we found that was important in fighting hepatitis C virus."

It's important to fund efforts to study animal viruses, Sullivan believes, because there's still a lot to learn.

"This is why you come to UT Austin. We're doing real-world science, and sometimes the basic leads to jumps that matter to humans," he said.