An Amber Alert was issued for the infant on Aug. 12. By that evening, the baby was put in custody of Child Protective Services. 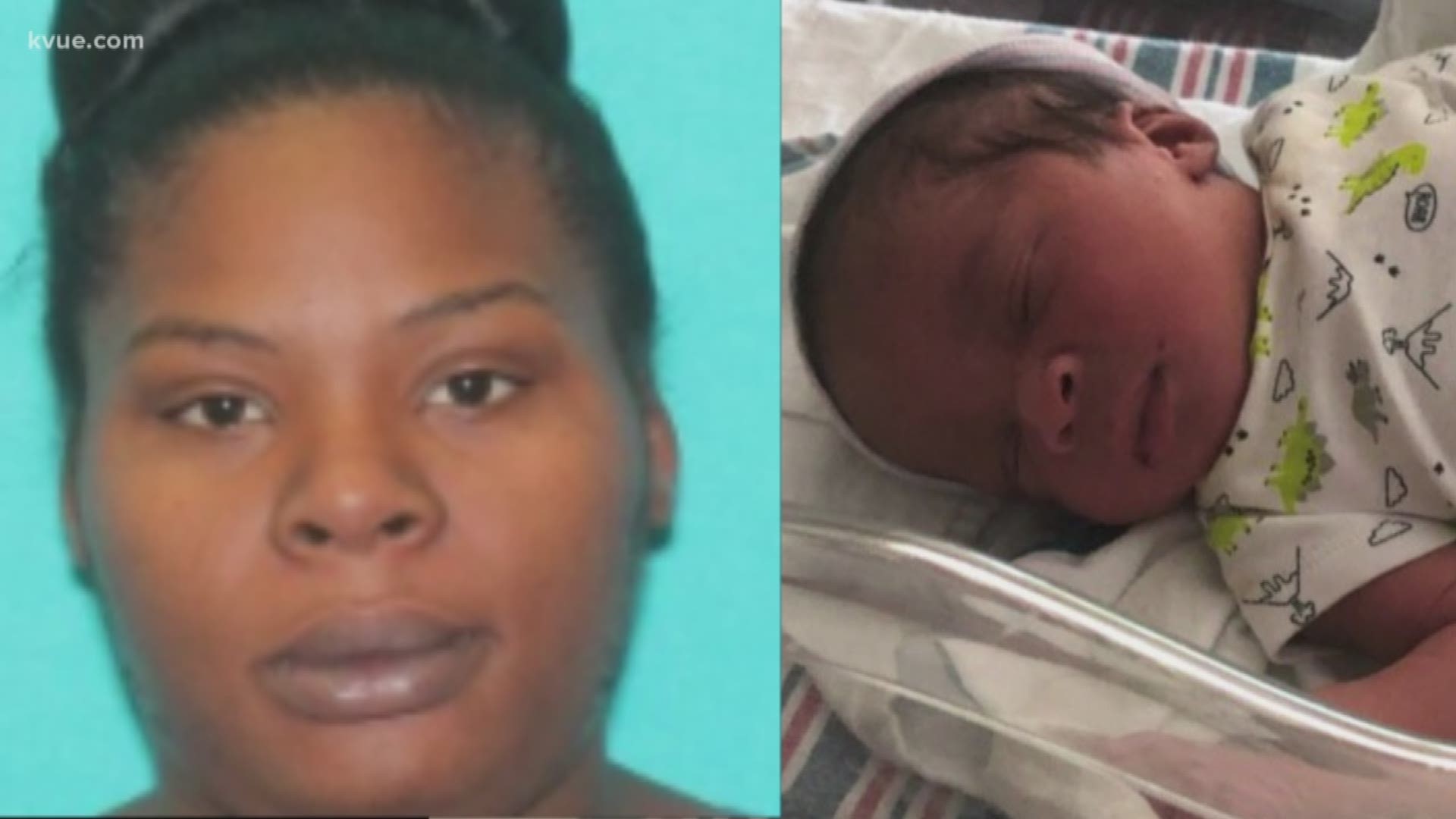 AUSTIN, Texas — The U.S. Marshals-led Lone Star Fugitive Task Force has arrested the mother of a baby who was briefly the focus of an Amber Alert.

Brittany Sadi Smith, 30, was arrested at 5605 Springdale Road on Thursday night. The warrant for her arrest was filed in an Austin municipal court, charging her with interference with child custody. The Lone Star Fugitive Task Force conducted a fugitive investigation and developed information in collaboration with tips from the public and law enforcement intelligence to locate Smith.

Investigators established surveillance at The Reserve at Springdale apartment complex and surrounded and approached the residence to pursue Smith. Smith ignored law enforcement presence and commands at first, but ultimately surrendered.

Smith is now in custody at the Travis County Jail. She will be arraigned on interference with child custody and felony theft.

In July, Smith gave birth to the baby at a local hospital and checked in under a different name, which the US Marshals identified as “Brandy Galbert” or “Brandy Phillips.” The baby left the hospital with a woman identified as Smith's cousin, Brandy Yovonne Galbert, after Smith gave her permission. Smith was discharged on July 23.

According to the US Marshals, Smith had abruptly left the hospital that day against the advice of medical staff. On Aug. 6, Smith appeared for a court hearing where she was ordered to give over the newborn. She reportedly testified that she did not give birth to a baby and that "there is no baby."

Austin police alerted media about the baby's disappearance on Aug. 9, saying that Child Protective Services received a court order for the baby to be removed from the mother's custody and placed into theirs.

An Amber Alert was issued for the infant on Aug. 12. That day, Galbert called 311 to provide the location of herself and the baby. Officers responded and took custody of Galbert. She was charged with interference with child custody, a state jail felony, and booked into the Travis County Jail.

While US Marshals were searching for Smith, they reported that she has a criminal history that includes injury to a child, aggravated assault with a deadly weapon, assault with bodily injury, theft, failure to identify and resisting arrest.

Smith was previously known to authorities and CPS because she allegedly neglected and abused her previous biological children.