Almost one year after Garrett Foster’s death, the alleged shooter has been charged. 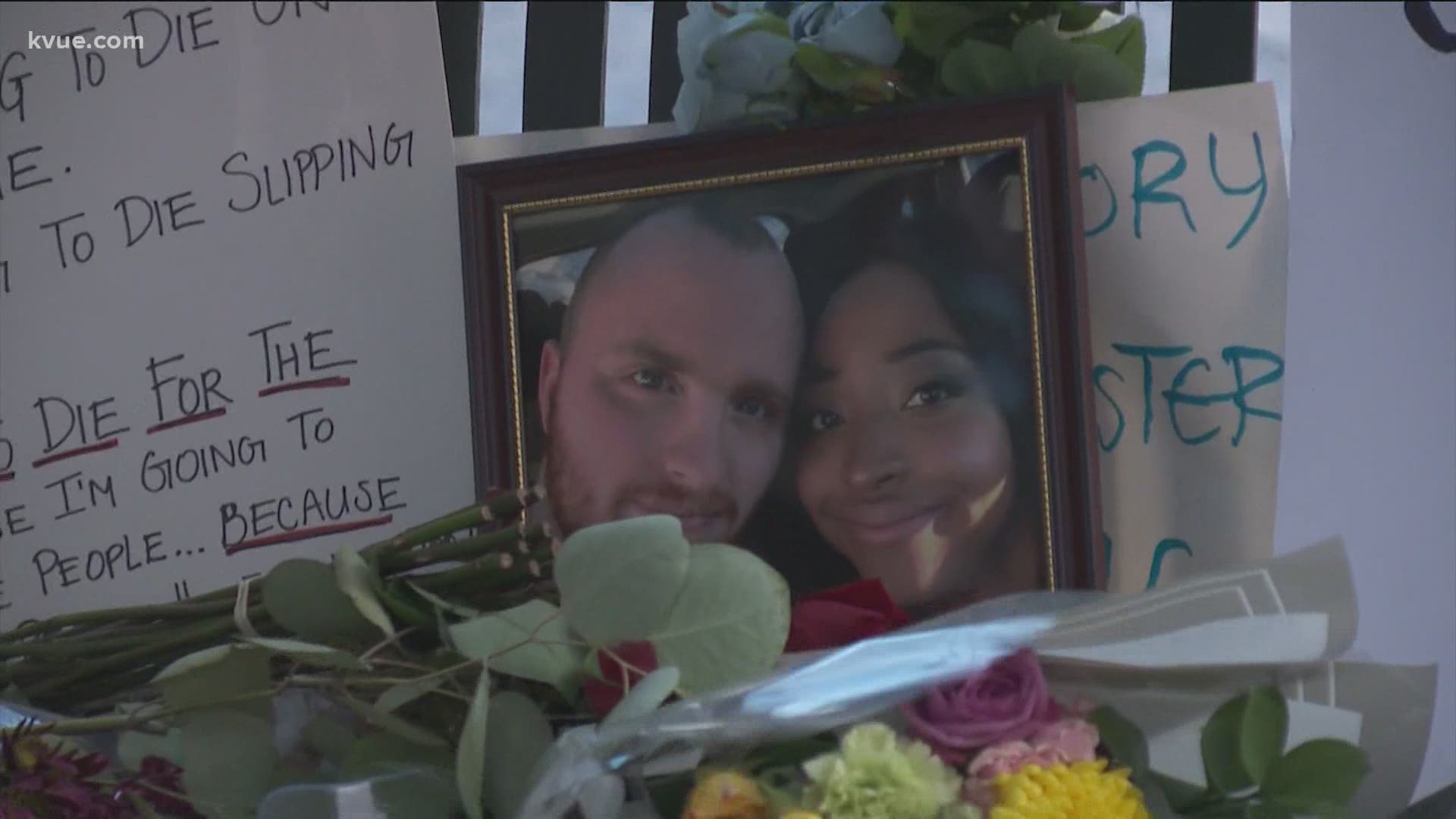 AUSTIN, Texas — About one month after George Floyd’s death spurred national unrest in 2020, an Austin Black Lives Matter protester was shot and killed. Now, the alleged shooter has been indicted.

KVUE and the Austin American-Statesman’s Tony Plohetski confirmed a Travis County grand jury has decided to charge U.S. Army Sgt. Daniel Perry with murder, deadly conduct and aggravated assault in connection with the shooting death of Garrett Foster on July 25, 2020. He turned himself in to the Travis County Jail on Thursday. Perry posted a surety bond in the amount of $300,000 and was released from custody on Thursday, according to his attorney.

Perry, an active-duty U.S. Army sergeant who was working as a rideshare driver at the time of the shooting, claims it was in self-defense, his lawyer said shortly after the incident.

That lawyer claimed that Perry dropped off a rideshare customer in the Downtown Austin area and found himself surrounded by protesters. Some of the protesters beat on Perry's car, the lawyer said, and Foster approached his car. Perry said, at some point, Foster raised his weapon at him, prompting him to shoot Foster. Shortly after, Perry called 911.

In an interview with Good Morning America, Sheila Foster, Garrett Foster's mother, said her son and his fiancée were a constant fixture during Austin's protests.

Photos on social media showed Garrett Foster, 28, at protests pushing his fiancée, Whitney Mitchell, in a wheelchair. Sheila Foster told GMA that the two have been together since they were 17.

Travis County District Attorney José Garza has previously said, “Coming to a decision in these kinds of cases can be particularly challenging, and we are grateful to the grand jury for their service and commitment to considering all evidence and law.”

Credit: KVUE
Daniel Perry was charged with murder in connection to the death of Austin BLM protester Garrett Foster.

"Of course, we are disappointed with the indictment against Sgt. Perry. Nevertheless, it is important to note that the standard of proof required for an indictment is significantly less than the standard of proof required for a conviction. Also, the District Attorney’s Office is able to pick and choose the evidence it presents to the Grand Jury and it is not required to tell the grand jury about any evidence favorable to the accused. In fact, in this case, the District Attorney’s Office refused to allow Mr. Perry’s defense attorneys to make a written presentation to the Grand Jury considering Mr. Perry’s case. This refusal is unusual in Texas and begs the question of why the District Attorney’s Office would not allow this. We understand the political motivations of the District Attorney, however, when this case is presented to a jury at trial and the jury gets to hear all the evidence instead of a one-sided presentation, we have every confidence that Sgt. Perry will be acquitted."

In a press conference Thursday evening, Garza said the homicide and major crimes unit presented to the grand jury more than 150 exhibits of evidence in this case and testimony from over 22 witnesses over three weeks. The district attorney's office also reviewed the evidence and interviewed witnesses in order to present facts to the jury.

"Our heart goes out to all those impacted by this immeasurable loss, in particular Mr. Foster's family and friends," said Garza. "We take our responsibility to present all of the evidence in any given case to a grand jury very seriously."

Garza said Perry was afforded the opportunity to testify in front of the grand jury, which he declined. Garza also stated that Perry's lawyer presented information to his office, an "overwhelming majority" of which he said was also presented to the grand jury for their consideration.

Garza said further proceedings on the condition of Perry's release will be coming soon.

Suspect in custody after SWAT, shelter-in-place incident in South Austin