Unconventional Austin said the petition was signed by 30,000 Austin residents. 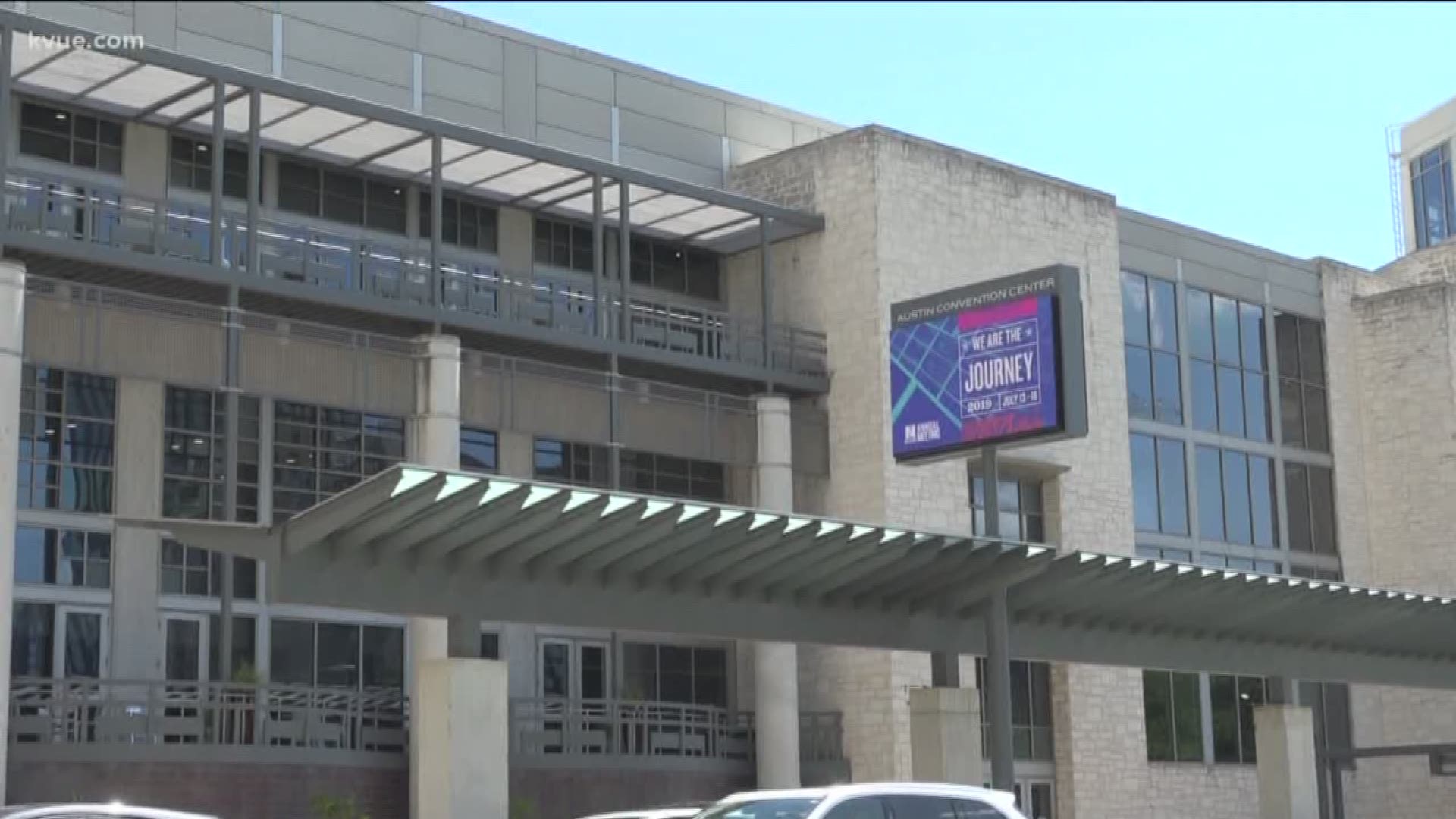 AUSTIN, Texas — The Austin city clerk has certified a petition submitted by political action committee Unconventional Austin demanding a vote on any expansion of the Austin Convention Center.

The petition will now be added to the agenda for the Austin City Council meeting on August 8.

Earlier in July, Mayor Steve Adler issued a response to the petition.

"It seems to be coming from the same kind of do-nothing, status-quo voices that we hear sometimes in our city," Adler said in an interview with KVUE.

The petition calls for limiting the Hotel Occupancy Tax spending for the convention center to no more than one-third of the revenue. It also calls for a public vote if the expansion costs more than $20,000.

"I hope the community votes against it because there's too much riding on the finances, the money, the economic development that the convention center would bring – the expansion," Mayor Adler said.

Unconventional Austin sent its petition to the City Clerk, saying it was signed by 30,000 residents. The petition is in response to the city council's May vote to approve an expansion of the convention center.

It's still unclear who or what groups paid to support the petition. Mayor Adler said the City would find out.

Melancon said a lot of conventions that come to Austin don't necessarily even go to the convention center. Instead, they go to hotels, which accommodate them just fine.

"This is a huge public asset, both the funds and the convention center, and I think the public should have a say on how something like that is spent and how it's progressed. And we vote on all kinds of things that are in the public's best interest," she said.

Mayor Adler issued the following statement in response to the petition:

"The community needs to know who is behind this effort and who is paying for it. We had a unanimous vote by one of the most progressive city councils in our city’s history with near unanimously favorable community testimony. We have unanimous votes by the Tourism Commission and the Visitor Impact Task Force, with representatives of the music and arts commissions and communities.

We’ve had four studies that have looked at this issue and the council has discussed it for years. All agree that we can get hundreds of millions of dollars of community benefits for homeless services, our music and arts industries, and preserving our important historic sites like the Palm School. All paid for by tourists, not local property or sales taxes.

Who is paying to mislead the public and oppose these priorities?"

The petitioned ordinance, if approved by voters in November, would require voter approval for "any significant expansion" of the Austin Convention Center, according to Unconventional Austin.

Mayor Adler told KVUE in May that the expansion could cost about $1 billion but would be financed by the Hotel Occupancy Tax.

The petitioned ordinance would also restrict the Hotel Occupancy Tax to no more than 34% of the hotel tax tourism revenue. According to Unconventional Austin, the city currently dedicates over 72% of the hotel tax revenues to the convention center, "even though the convention center generates less than 4% of our hotel visitors." The group argues that if the city council goes forward with the proposed expansion, "over $2 billion of our public tourism tax dollars will be tied up over the next 30 years."

"By balancing and diversifying our tourism strategy away from an outdated convention subsidies model, we can better protect the things that make Austin culturally authentic and created our tourism boom in the first place," said John Riedie, Tourism Commissioner, District 7.

KVUE reached out to the City Clerk's office to see if it received the petition on Friday, and it said it had.

WATCH: The plan to expand the Austin Convention Center will cost about $1 billion

The Austin City Council will have to vote by August 19 to either approve the ordinance or put it on the ballot for voters to decide.