In a series called "Uncomfortable Conversations With a Black Man," Emmanuel Acho listens and answers questions about being Black in America. 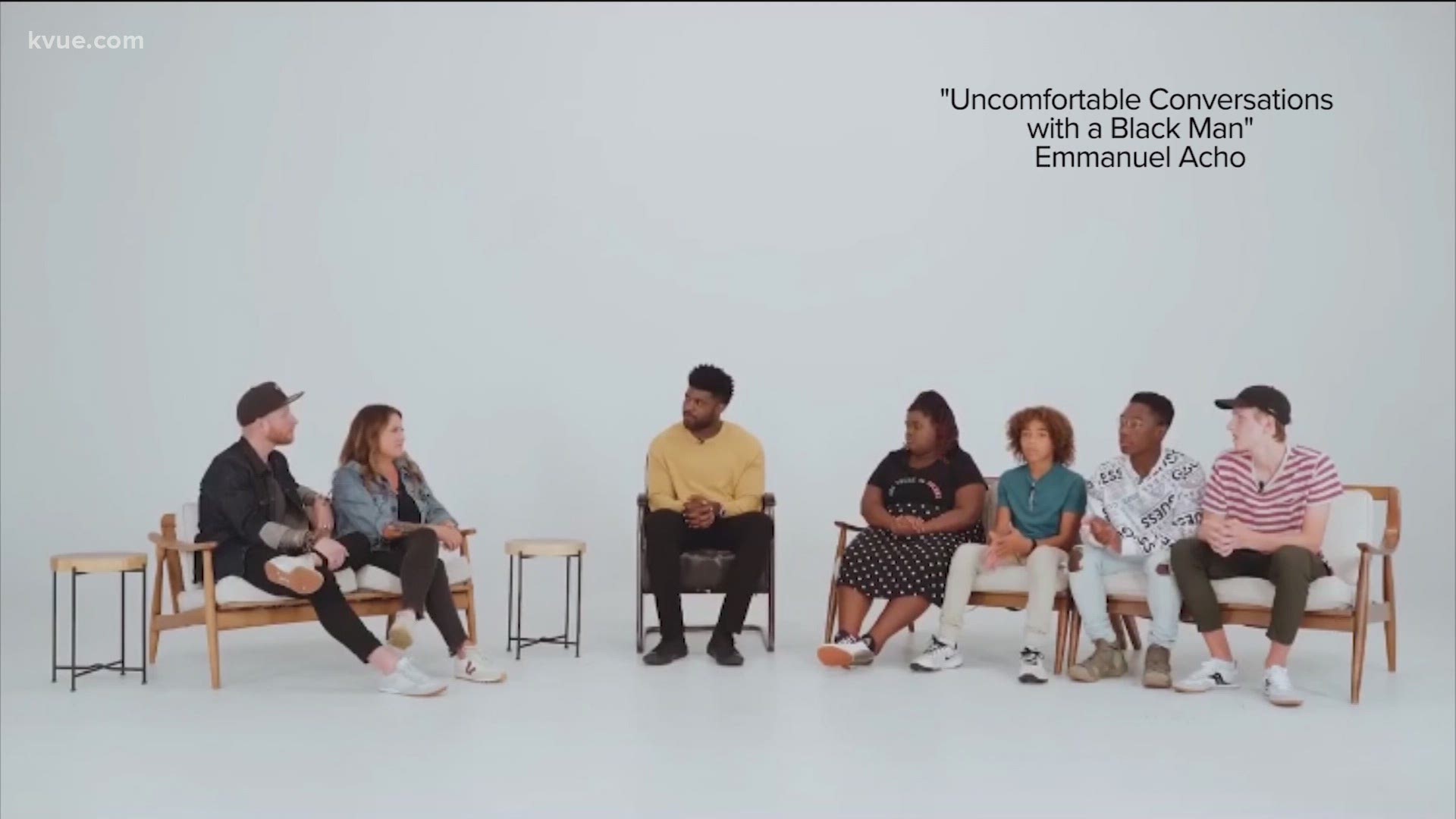 AUSTIN, Texas — When former University of Texas linebacker Emmanuel Acho saw a picture of an Austin family with two white parents, two Black children, one mixed child, and a White child, he had questions.

In June, Acho started a series called "Uncomfortable Conversations with a Black Man." When he saw the photo of the Ivey family, he reached out inviting them on his series. He hoped he could share the Ivey's experience of being a mixed-race family in America with others.

Jamie and Aaron Ivey said it was an easy yes for their family to participate. They know their family is different. Amos, Story and Deacon are all adopted and Cayden is their only biological child.

But the show gets millions of viewers, so why did they do it?

"It is an opportunity to just talk. There is no right answer, no wrong answer," said Aaron Ivey, a pastor in Austin and the children's dad.

During their sit down with Acho, they talked about what it is like being White parents to Black and mixed children, but also, what it's like for their children to have White parents, and all the questions, struggles and lessons learned in between.

"One thing I specifically wanted to come across is how much we are learning and have devoted to learning about being Black in America and Black culture and raising Black children," said Jamie.

Talking about race is not an easy conversation, and having their own large social media presence, Jamie and Aaron knew it may come with scrutiny.

Since their family is so diverse, they have these conversations privately at home all the time but said they left the decision for their kids to talk about it publicly completely up to them.

The Ivey's goal was not to push their beliefs on anyone but to help build people's confidence in starting their own conversations on race and equality.

"We are learning too. We walked away from it just feeling really grateful we could have a moment to learn from questions from Emmanuel and just kind of share. Here are some things we've learned as parents raising black kids," said Aaron.

Since the episode aired on July 31, the Ivey family learned it had been viewed more than three million times.

The series has many ties to Austin. The Ivey family lives here, Acho played football at UT and he even had the minister of culture himself, Matthew McConaughey, on one of his earlier episodes.

"It makes me proud of Austin because it's a conversation we are all talking about and it's front and center," Aaron said. "My hope is right there in the middle, both extremes can come together and say it's OK to talk about uncomfortable things."

'I'm going to die': What it's like inside a federal prison in Texas where 70% have coronavirus