Ultrasound machines used for more than looking at babies

For a short time only, Williamson County EMS has ultrasound machines on a few of their ambulances. 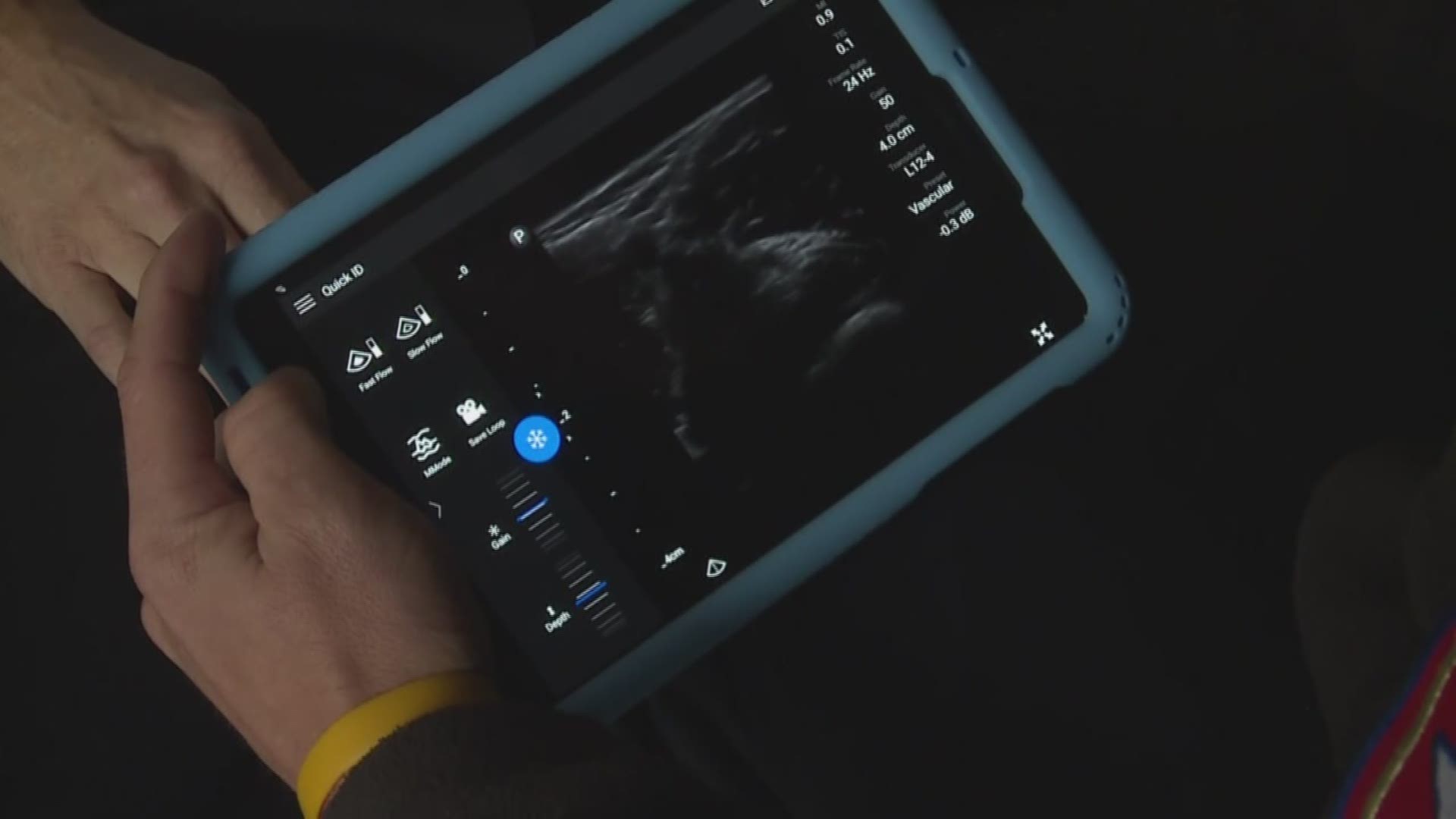 For a short time only, Williamson County EMS has ultrasound machines on a few of their ambulances.

The paramedics are participating in a study that looks at the use of ultrasound machines on patients before they get to the hospital.

"You can see the black circle in the middle of the screen, that is an artery in Dan’s arm,” said John Hamilton, the Senior Medical Officer for Williamson County EMS, as he shows KVUE how the machine works.

It's the size of a tablet, but the tiny ultrasound machine is doing some big work.

"Heart activity, we can see lung activity, it's helped us quite a bit already with finding IVs,” said Hamilton.

Williamson County EMS is one of four services in Texas testing the use of the machines. It's part of a research project through Texas A&M for a student, who was firefighter paramedic before he went to medical school.

"He literally just wants to see how an ultrasound in an ambulance can improve patient care," said Hamilton.

The machines look for fluid in your body --- like your veins, internal bleeding, or liquid in your lungs.

"We've already found a few patients with like pneumonia and if there's fluid in their lungs we can see all that,” said Hamilton.

The paramedics go through the same training as an ultrasound tech in a hospital.

"It saves our patients a lot of time, it helps us determine what treatments we need to do on the way to the hospital," said Hamilton. "My crew yesterday had a trauma patient that they weren't able to find an IV on, and they were able to find one with this."

He said they're able to capture the ultrasound video and photos, to show the doctors when they arrive at the hospital.

"So when we walk in we can show that to them and they already have a treatment path and know what's going on,” said Hamilton. "We can show up and show them the video of it already done, they know right where to head and to start a treatment protocol right away instead of have to figure out what it was."

It's precious time they hope will help patients, and possibly save lives.

"It gets them the antibiotics and the fluids and the stuff a lot quicker than having to sit around to wait for the doctor to do the ultrasound himself," said Hamilton. "We can also see blood in the abdomen from traumas, collapsed lungs, stuff like that that is life threatening that we can fix right away that could potentially save their life."