The training involved members of TxDOT maintenance crews, HERO drivers and other contractors that interact with the public on a daily basis. 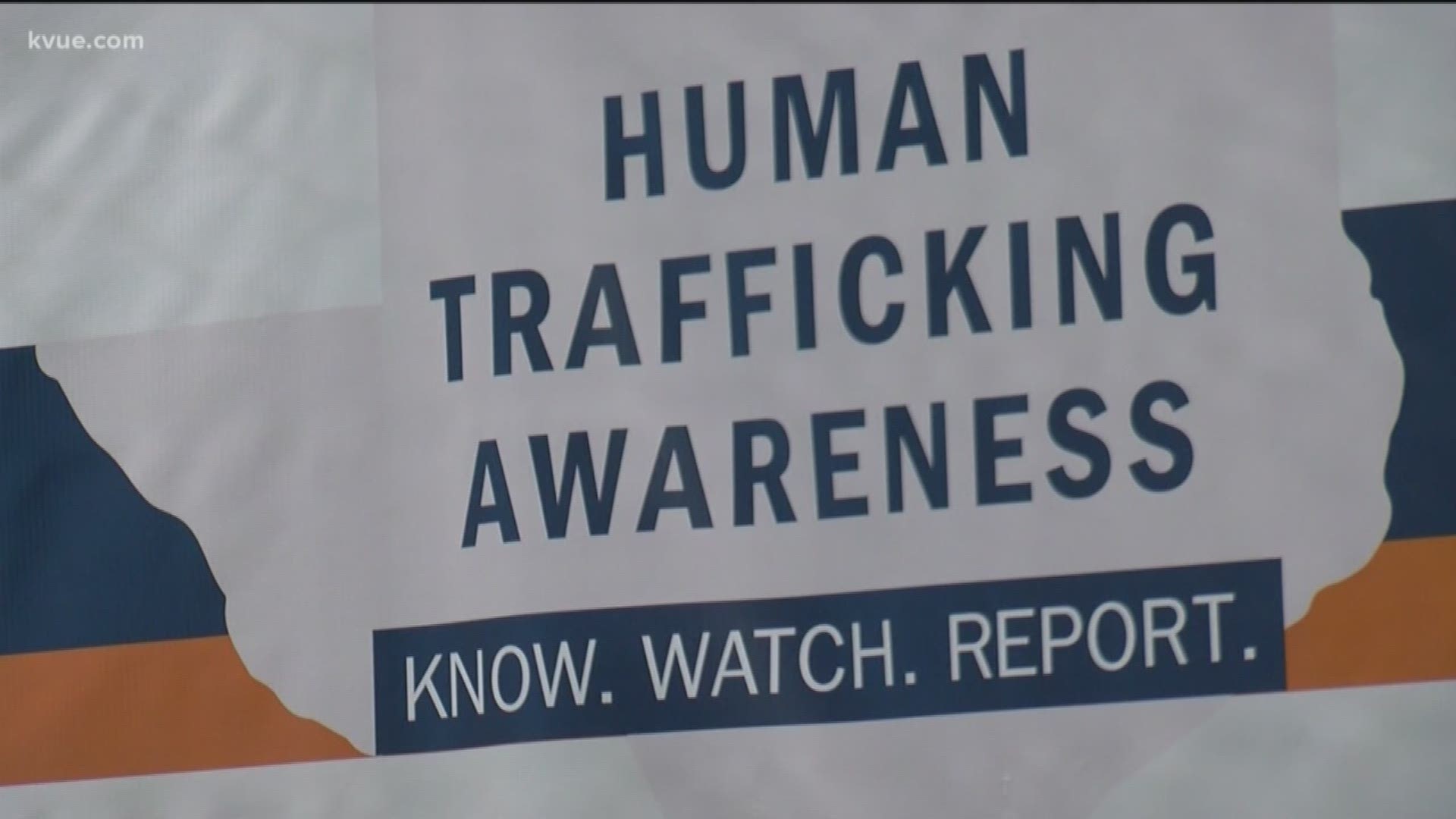 AUSTIN, Texas — The Texas Department of Transportation (TxDOT) held a half-day training on Wednesday morning to teach its employees and contractors on how to identify and report signs of human trafficking.

The training involved members of TxDOT maintenance crews, HERO drivers and other contractors that interact with the public on a daily basis.

According to TxDOT, Texas leads the nation when it comes to active federal human trafficking cases. In 2017, a University of Texas study estimated that there were more than 300,000 human trafficking victims at any given time in Texas.

“Nearly 25 million people across the globe are victims of human trafficking, and this crime involves traffickers using our highways to move victims from city to city,” said TxDOT Executive Director James Bass. “As transportation leaders, we can have a direct impact on illegal activity by educating and training our employees and bringing public awareness to the issue.”

RELATED: How Texas agencies are stepping up to stop human trafficking

On Tuesday, he joined U.S. Department of Transportation Secretary Elaine Chao and other transportation leaders across the nation in Washington, D.C., to pledge support for ending human trafficking as part of the Transportation Leaders Against Human Trafficking initiative.

Wednesday's event in Austin is the first of its kind hosted by TxDOT. It also marks the department's expansion of its "On the Road to End Human Trafficking" campaign.

“I believe everyone in this room has the power to help end human trafficking,” Tucker Ferguson, TxDOT Austin District Engineer, told attendees. “That is why we are placing placards with reference information about how to spot and report human trafficking in all of our TxDOT vehicles, along with a dashboard sticker that includes a hotline number to report suspicious activity.”

Over the past three months, Abbott's Child Sex Trafficking Team has awarded $26 million to programs helping to prevent human trafficking and supporting victims.

In 2019, Texas First Lady Cecilia Abbott launched the "Can You See Me?" campaign in efforts to raise awareness of human trafficking issues.

"Texas continues to be a leader in the fight against human trafficking thanks to agencies like TxDOT who do their part to protect the vulnerable, help survivors recover, and bring traffickers to justice," the First Lady said. "Nothing on earth is more powerful than Texans helping Texans, and if we continue to join together to protect and defend the victims of human trafficking, I have no doubt that we will eradicate this heinous crime once and for all."

Additionally, UPS has partnered with Truckers Against Trafficking to help train its drivers to be able to spot signs of human trafficking while on their routes.